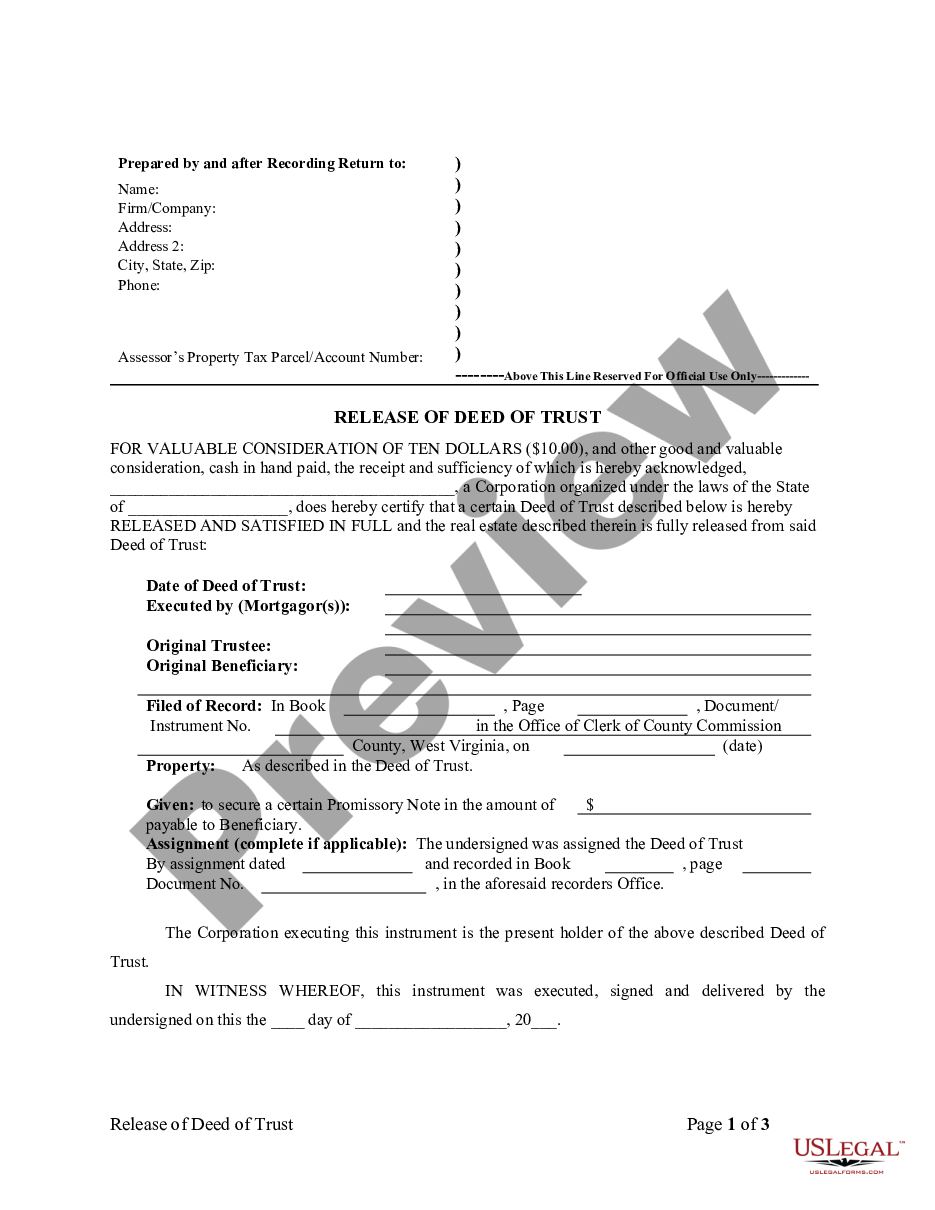 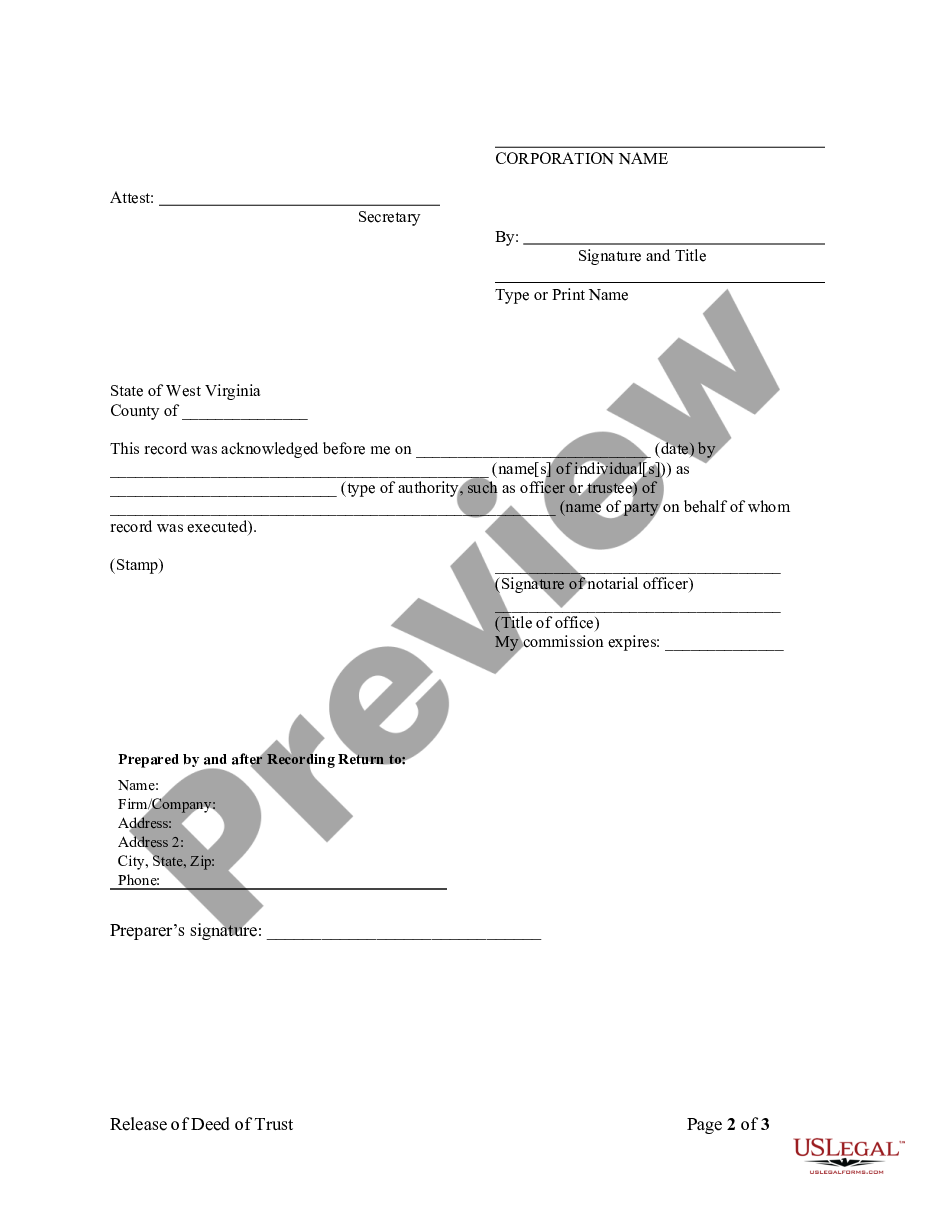 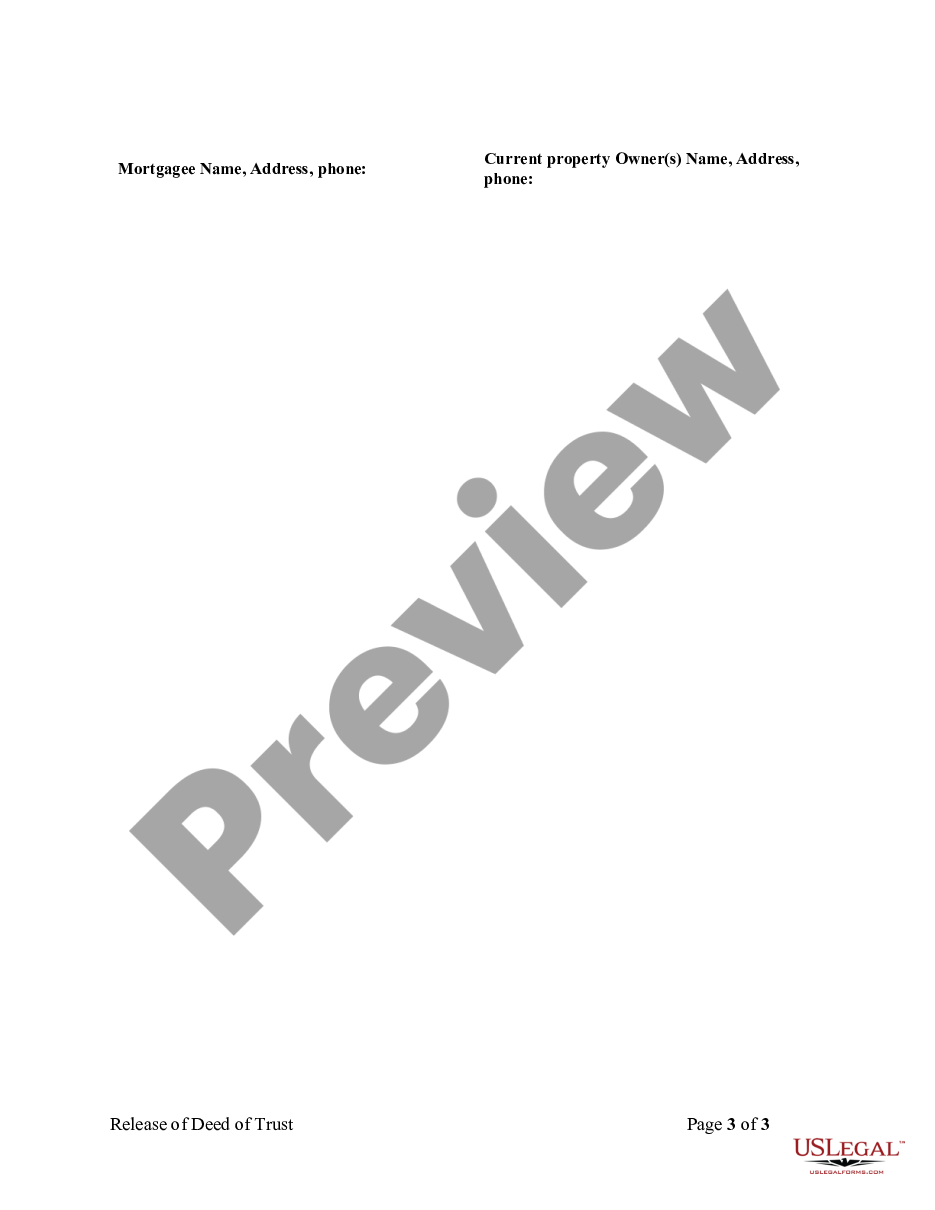 This Release - Satisfaction - Cancellation Deed of Trust - by Corporate Lender is for the satisfaction or release of a mortgage for the state of West Virginia by a Corporation. This form complies with all state statutory laws and requires signing in front of a notary public. The described real estate is therefore released from the mortgage.