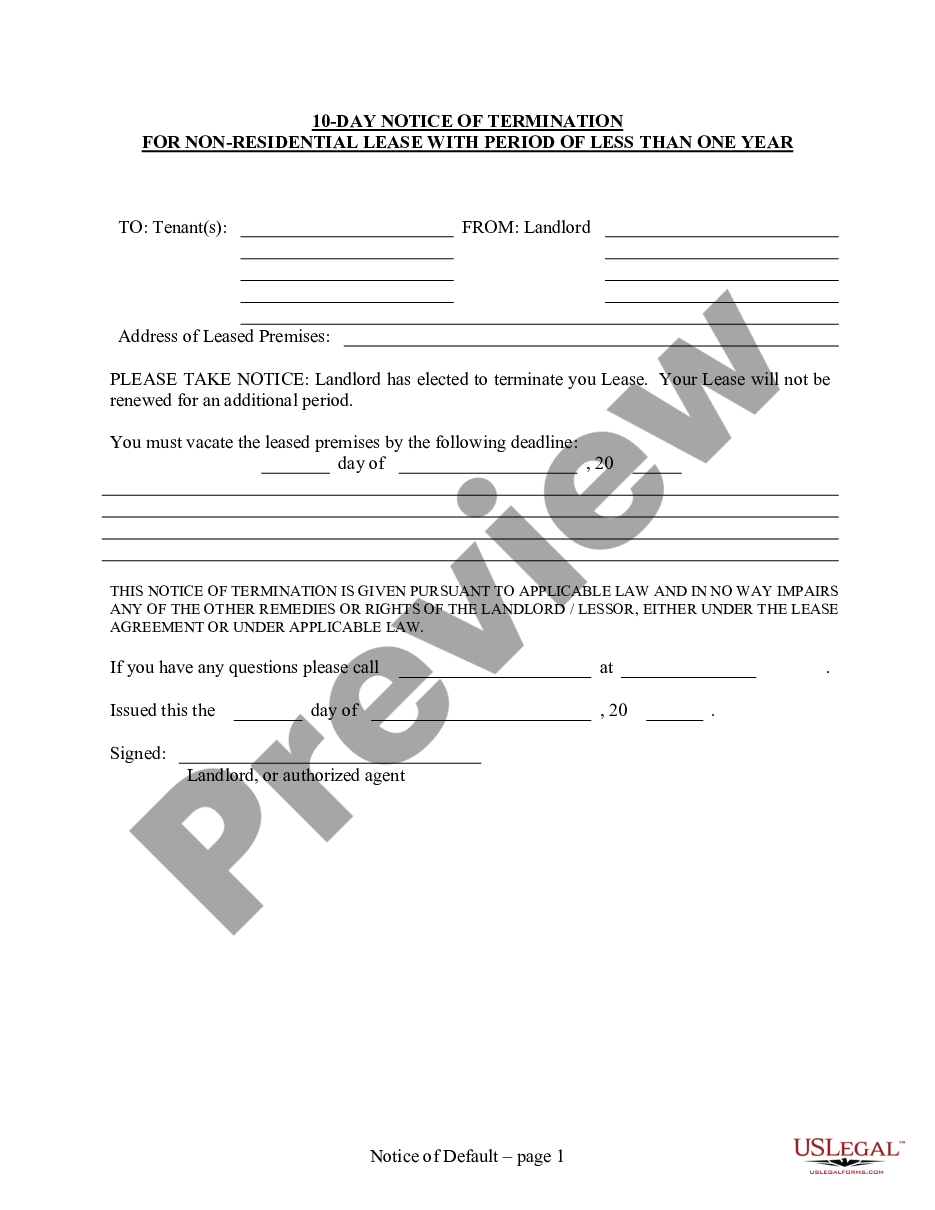 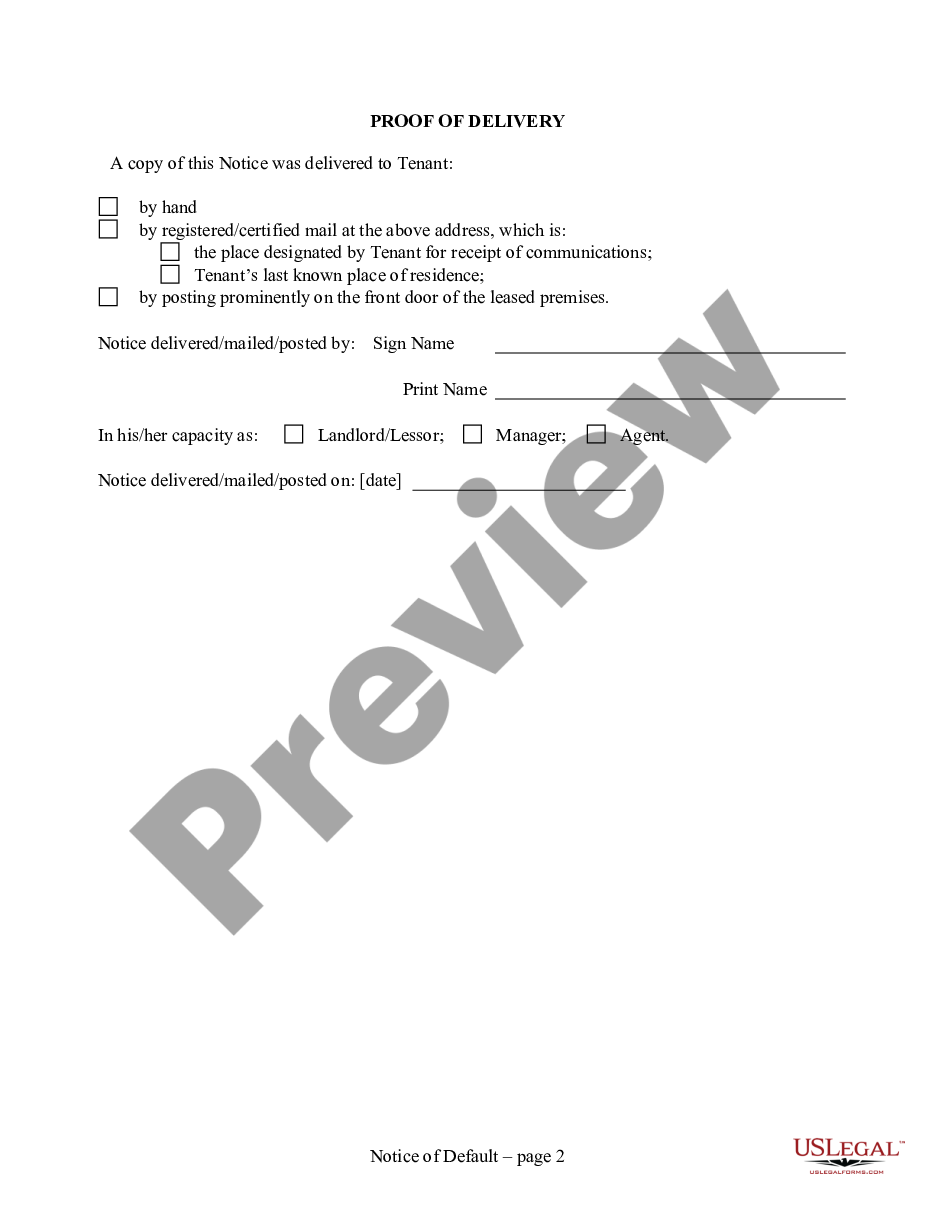 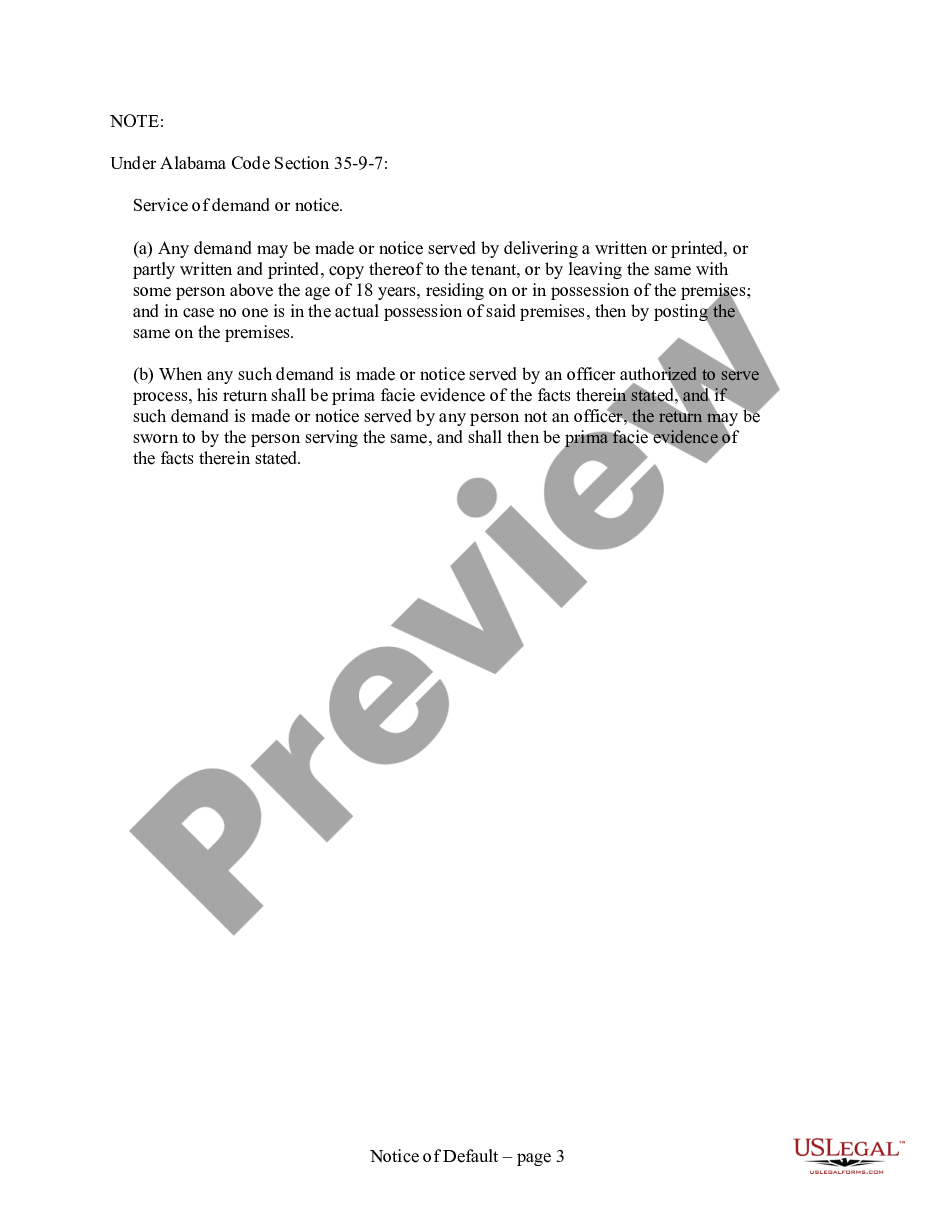 This form is for use by Landlord to terminate a non-residential periodic lease of less than one year (for example: a month-to-month lease with no definite expiration date) by giving Tenant 10 days Notice of Termination.

These statutes describe the process by which a periodic lease (tenancy) with a term of less than one year may be terminated. A periodic lease (or, periodic tenancy) is one that is not set to end at any specific date, but rather continues from month to month (for example) until either Landlord or Tenant decides to terminate the lease.

Notice to terminate tenancy for term less than one year.

In all cases of tenancy by the month or for any other term less than one year, where the tenant holds over without special agreement, the landlord shall have the right to terminate the tenancy by giving the tenant 10 days' notice in writing of such termination, and the landlord upon giving said notice for said time shall be authorized without further notice to the tenant to recover possession of the rented premises in an action of unlawful detainer.

Service of demand or notice.

(a) Any demand may be made or notice served by delivering a written or printed, or partly written and printed, copy thereof to the tenant, or by leaving the same with some person above the age of 18 years, residing on or in possession of the premises;and in case no one is in the actual possession of said premises, then by posting the same on the premises.