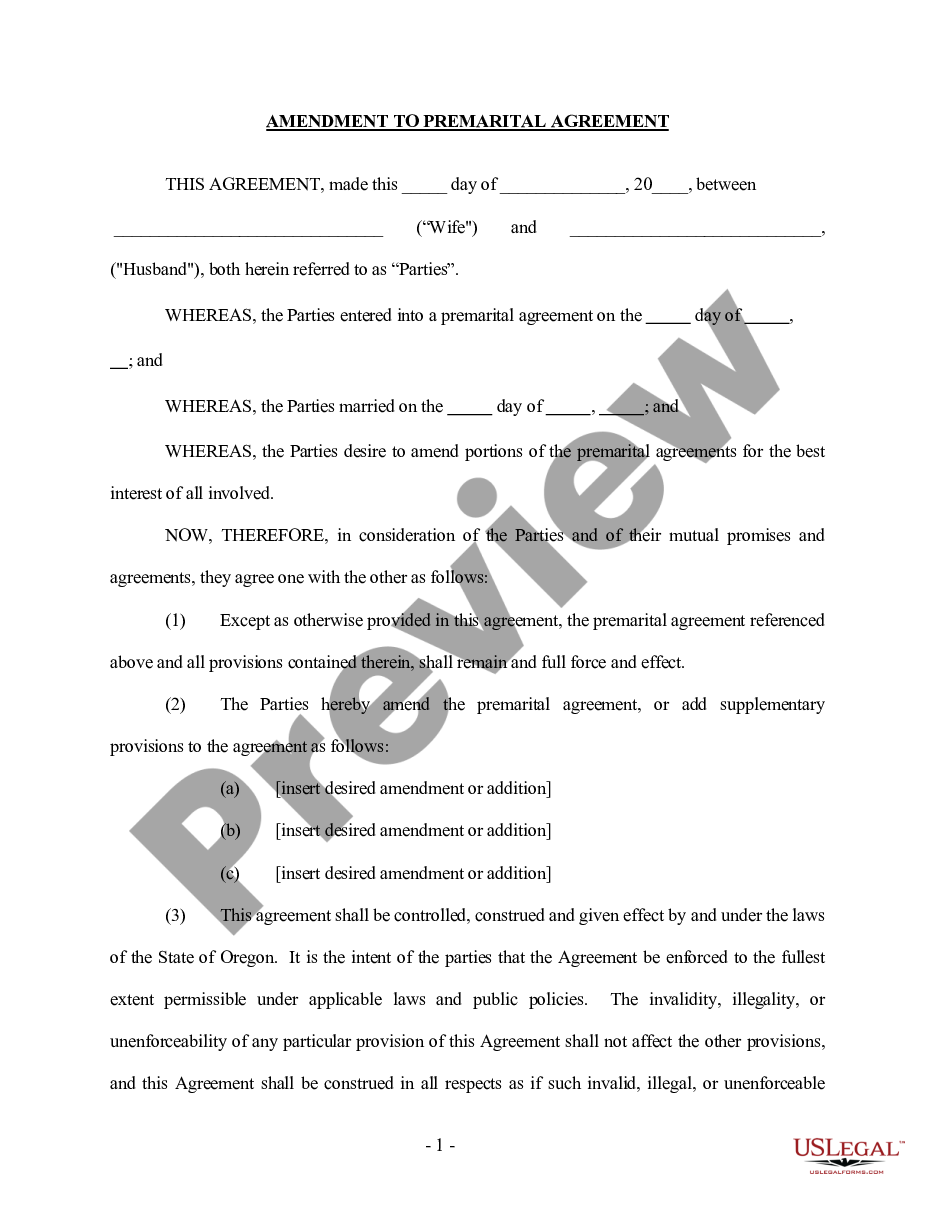 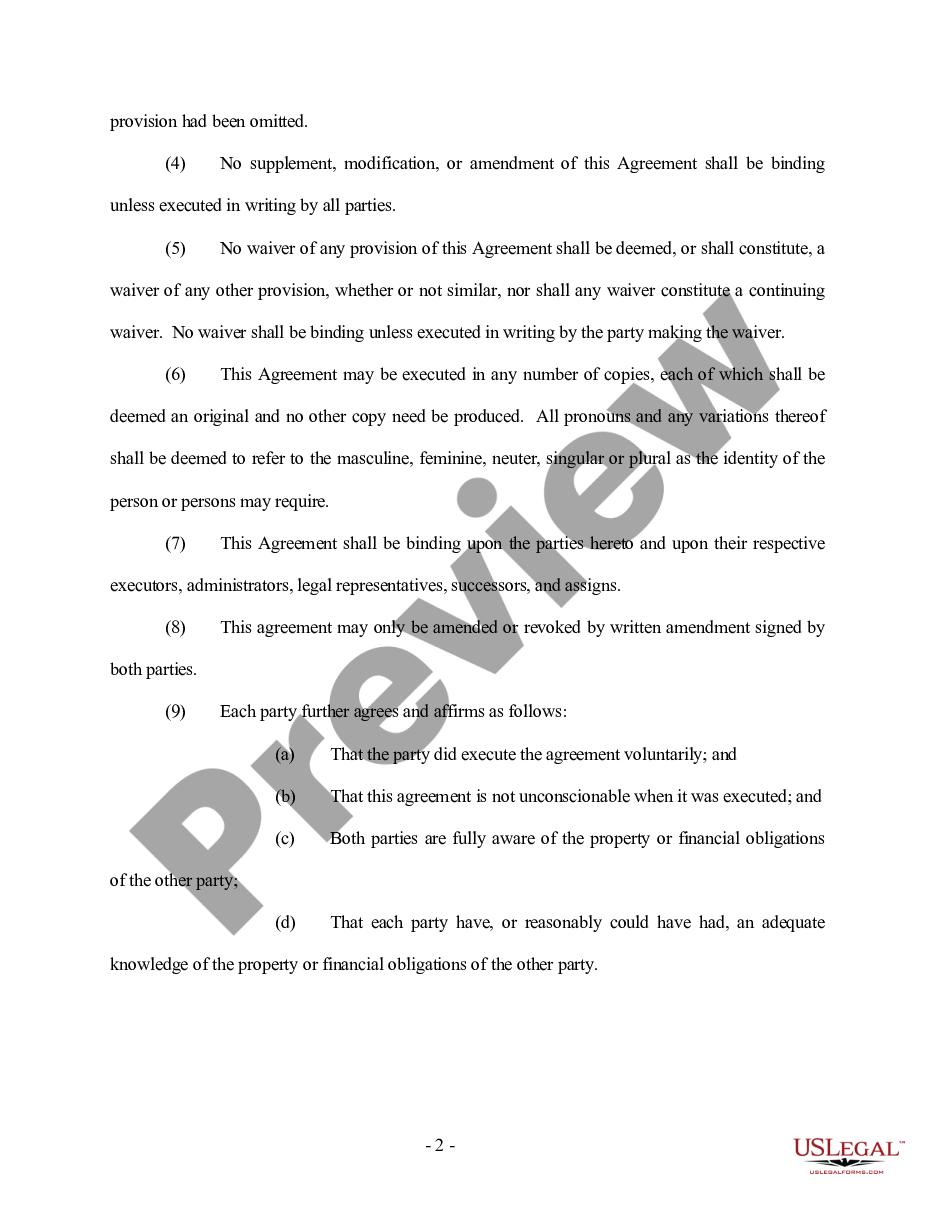 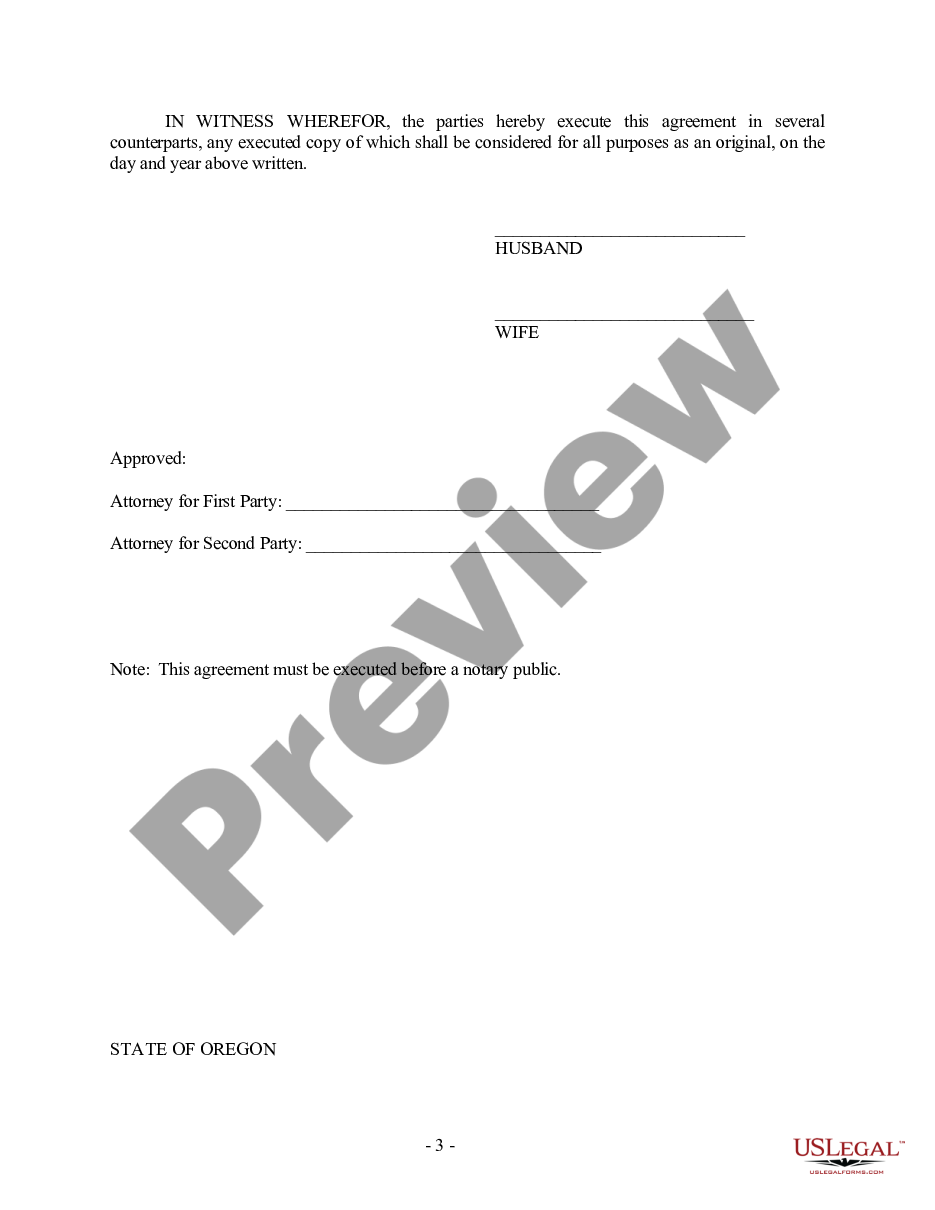 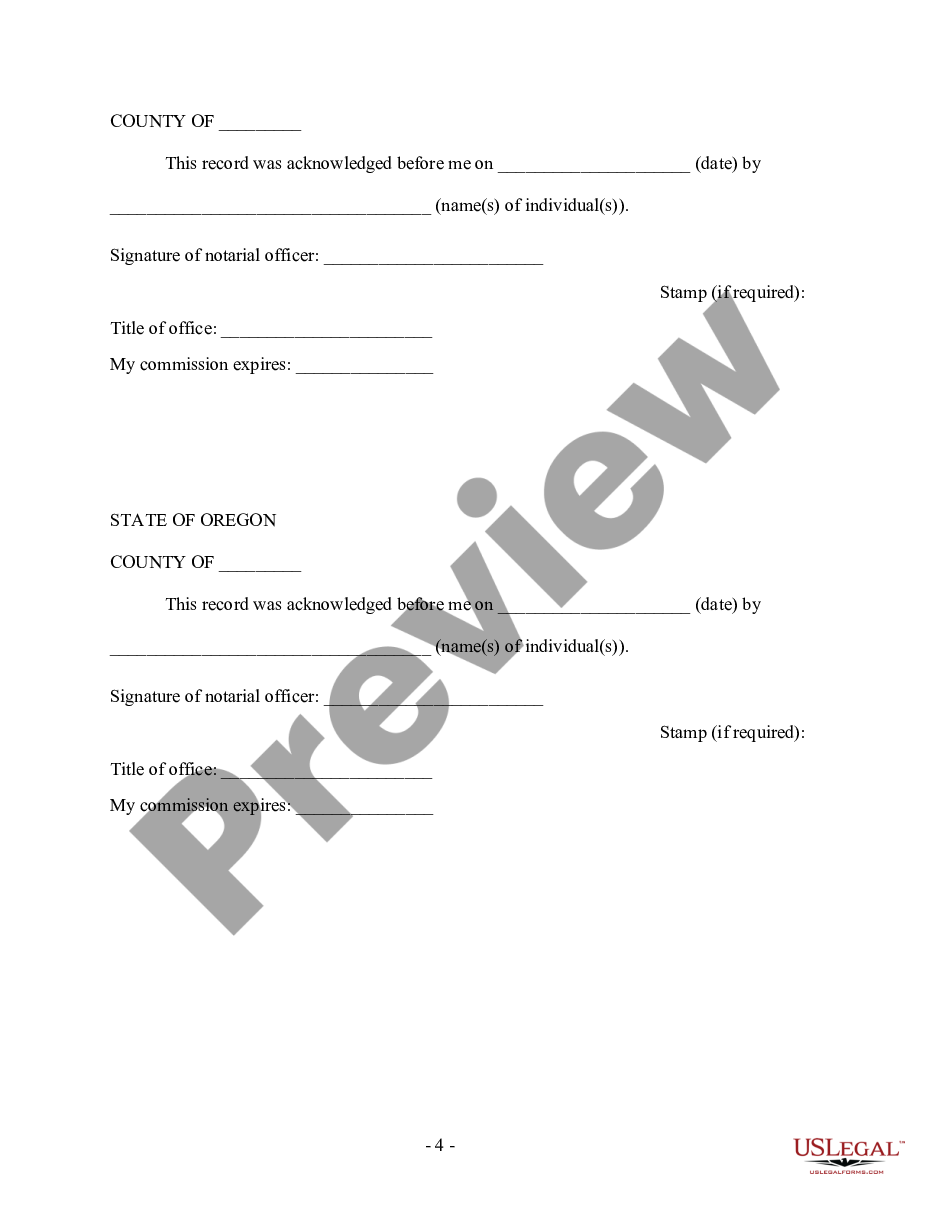 How To Fill Out Oregon Amendment To Prenuptial Or Premarital Agreement?

In terms of submitting Oregon Amendment to Prenuptial or Premarital Agreement, you almost certainly visualize an extensive procedure that consists of choosing a perfect sample among numerous similar ones after which needing to pay out an attorney to fill it out to suit your needs. On the whole, that’s a slow-moving and expensive option. Use US Legal Forms and pick out the state-specific document within just clicks.

If you don’t have an account yet but need one, stick to the step-by-step guide listed below:

Professional lawyers draw up our samples to ensure after saving, you don't have to bother about editing content material outside of your individual details or your business’s information. Be a part of US Legal Forms and receive your Oregon Amendment to Prenuptial or Premarital Agreement example now.

Can you modify a prenup?

Is there a time limit on prenuptial agreements?

Typically, a couple's prenuptial agreement will last for the lifetime of the marriage.For example, you can set the prenuptial agreement to last for 5 years before it automatically expires. If there is no sunset clause or specific stipulation regarding how long a prenup should last, its lifespan is indefinite.

Does prenuptial agreement need to be notarized?

The premarital agreement is not a notarized document, therefore there is no per se obligation to notarize it.For instance, whenever the prenuptial agreement, in dividing assets between the spouses, also refers to a real estate property transfer, having the document notarized is highly recommended.

How do you override a prenuptial agreement?

Any indication of coercion or lack of willingness can give way for a divorce judge to overturn the agreement. A written agreement should be reviewed by an experienced family law attorney prior to completion of the agreement. Premarital agreements must be signed in front of witnesses and must be notarized.

What voids a prenuptial agreement?

Can you amend a prenuptial agreement after marriage?

Can you renegotiate a prenup?

Prenuptial agreements are not set in stone: Parties may be able to renegotiate the terms, so long as the renegotiation is legal and valid.

Can prenuptial agreements be overturned?

Reasons a Judge Can Overturn a Prenuptial Agreement There are no specific rules that state what will overturn a prenup.A written agreement should be reviewed by an experienced family law attorney prior to completion of the agreement. Premarital agreements must be signed in front of witnesses and must be notarized.

After marriage, a premarital agreement may be amended or revoked only by a written agreement signed by the parties. The amended agreement or the revocation is enforceable without consideration. [1987 c.715 Â§ 5]108.720

If a marriage is determined to be void, an agreement that would otherwise have been a premarital agreement is enforceable only to the extent necessary to avoid an inequitable result. [1987 c.715 Â§ 7]108.730

Any statute of limitations applicable to an action asserting a claim for relief under a premarital agreement is tolled during the marriage of the parties to the agreement. However, equitable defenses limiting the time for enforcement, including laches and estoppel, are available to either party. [1987 c.715 Â§ 8]108.735