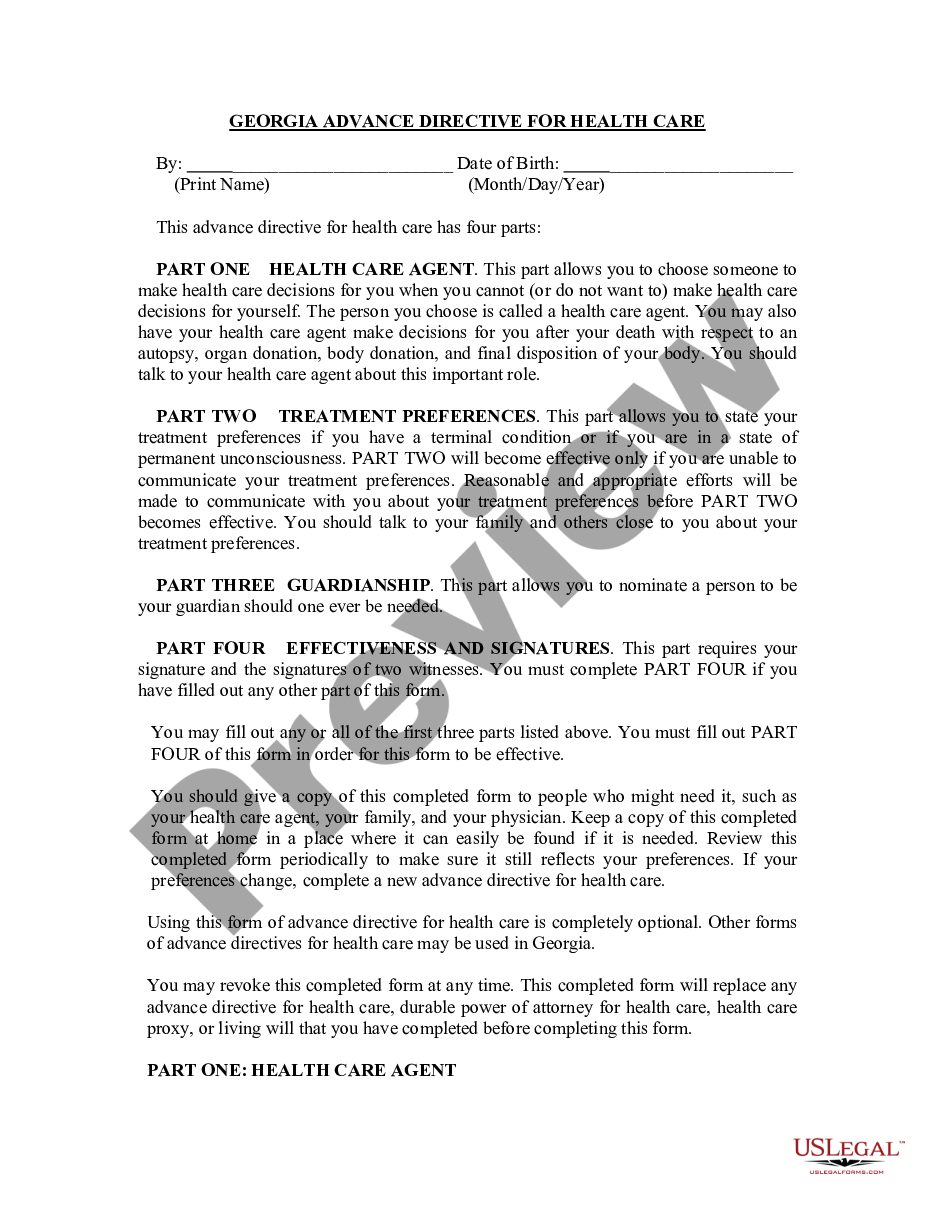 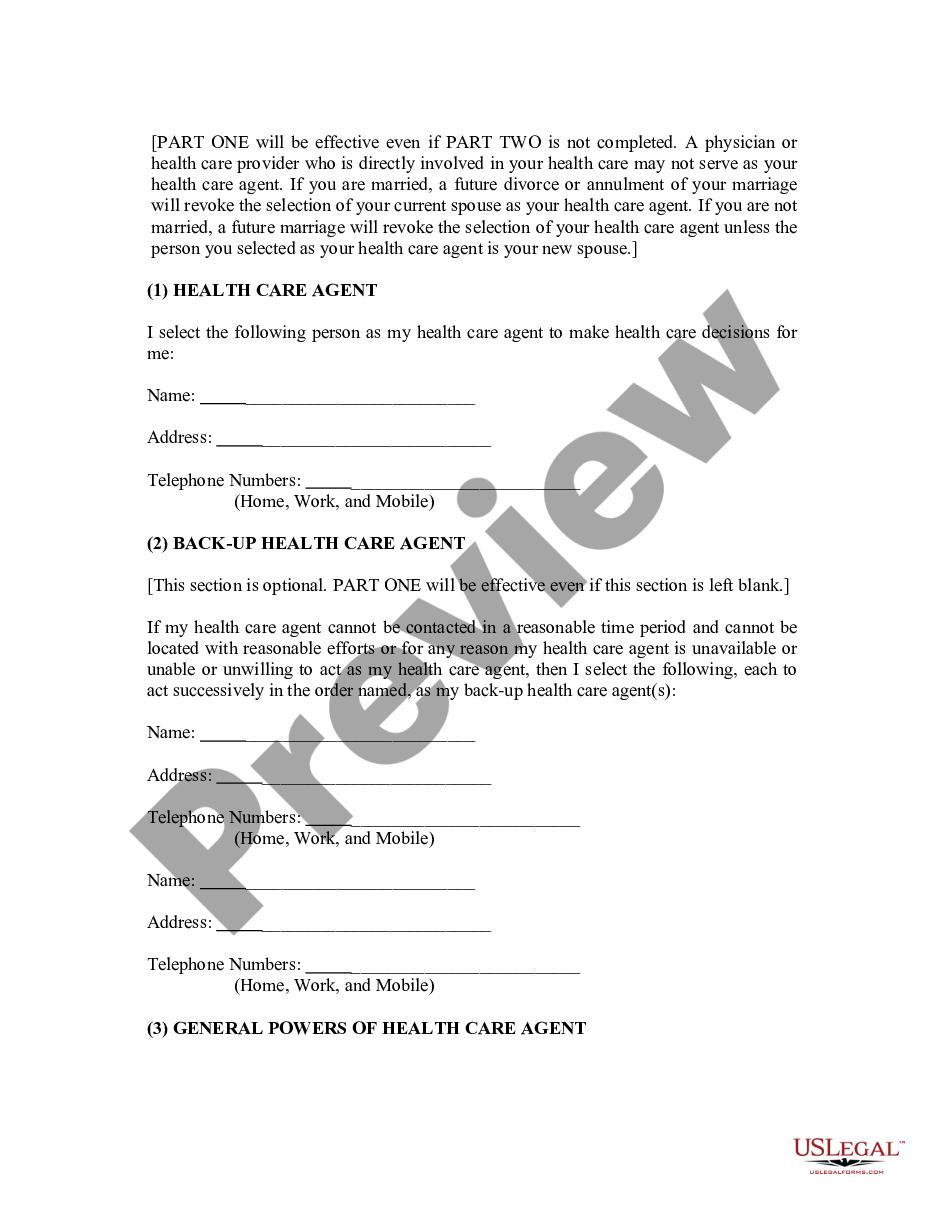 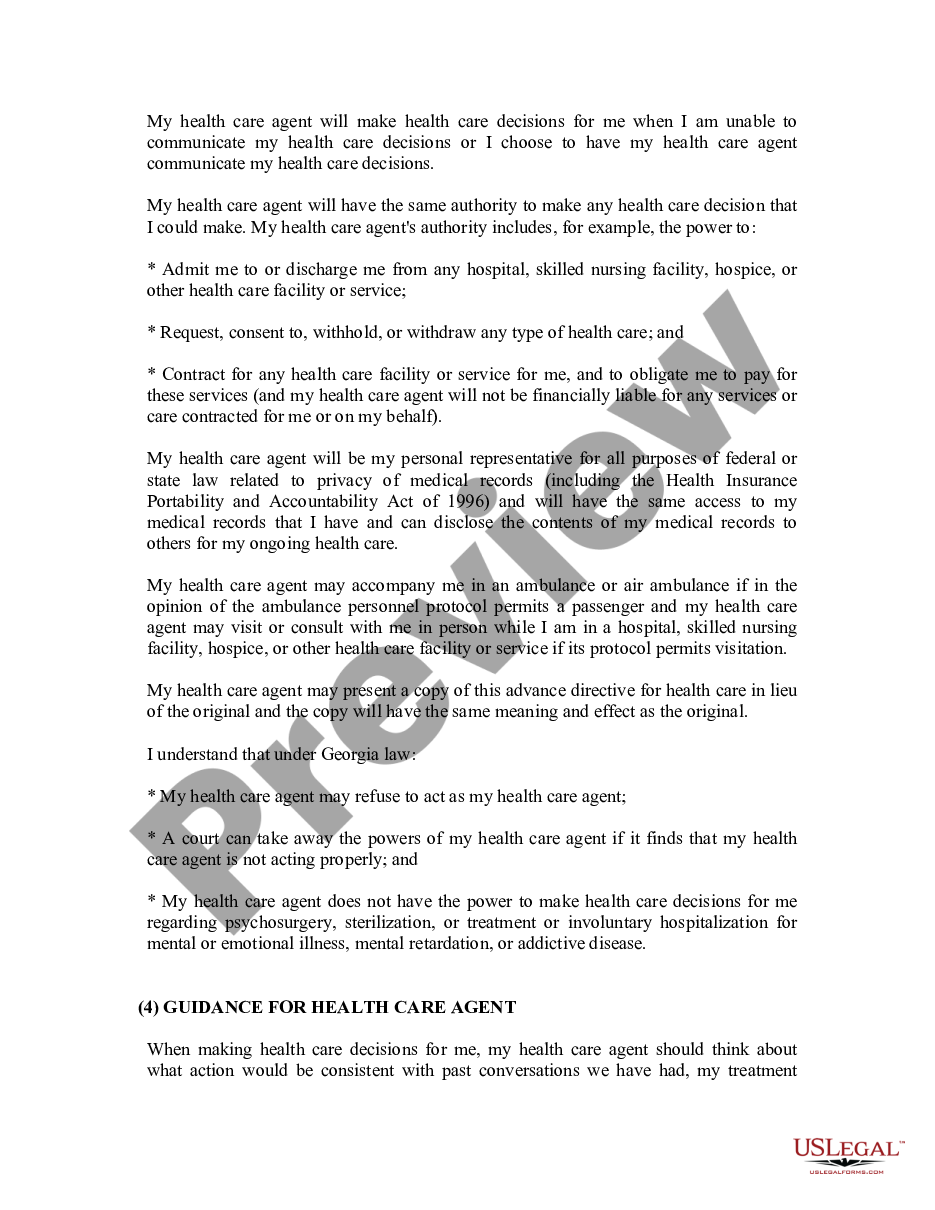 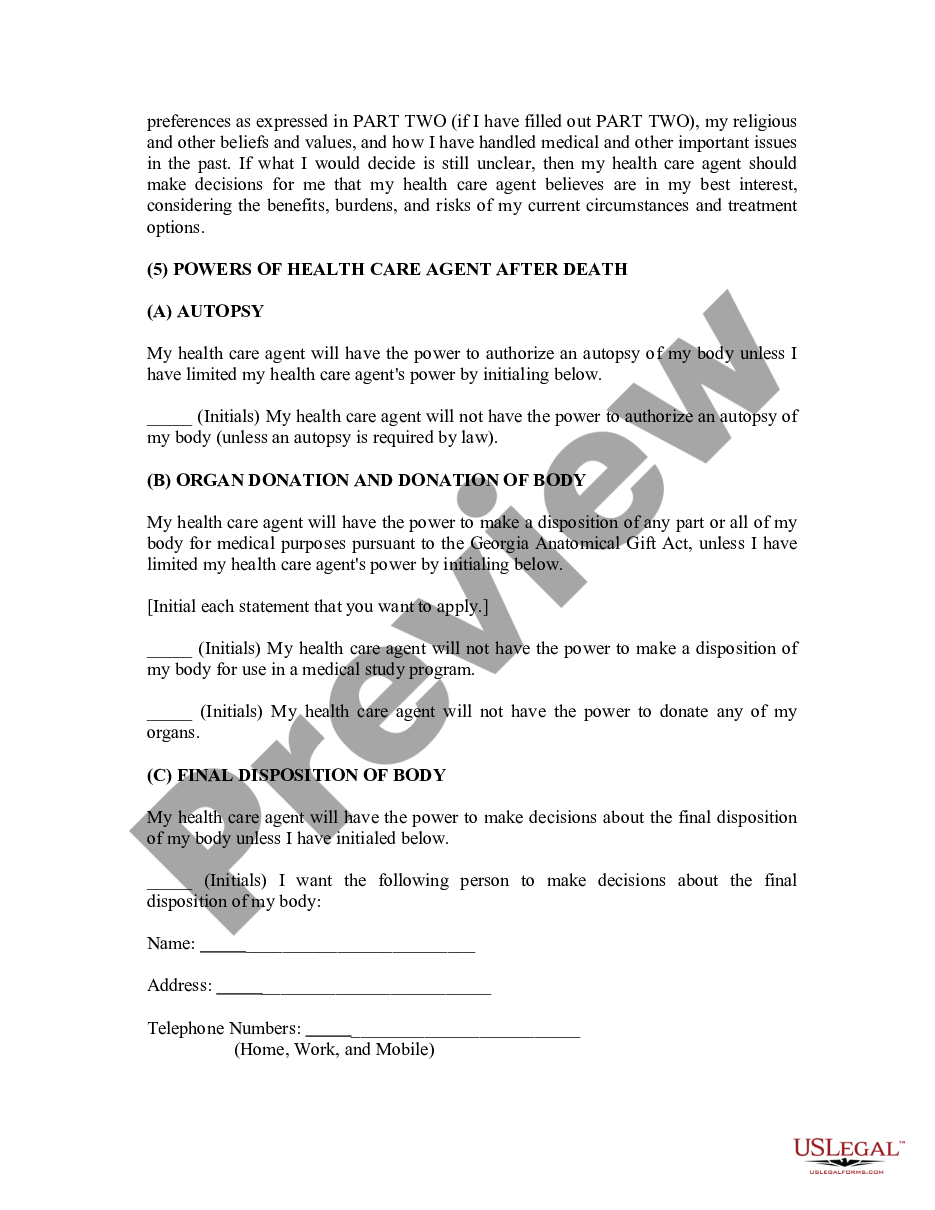 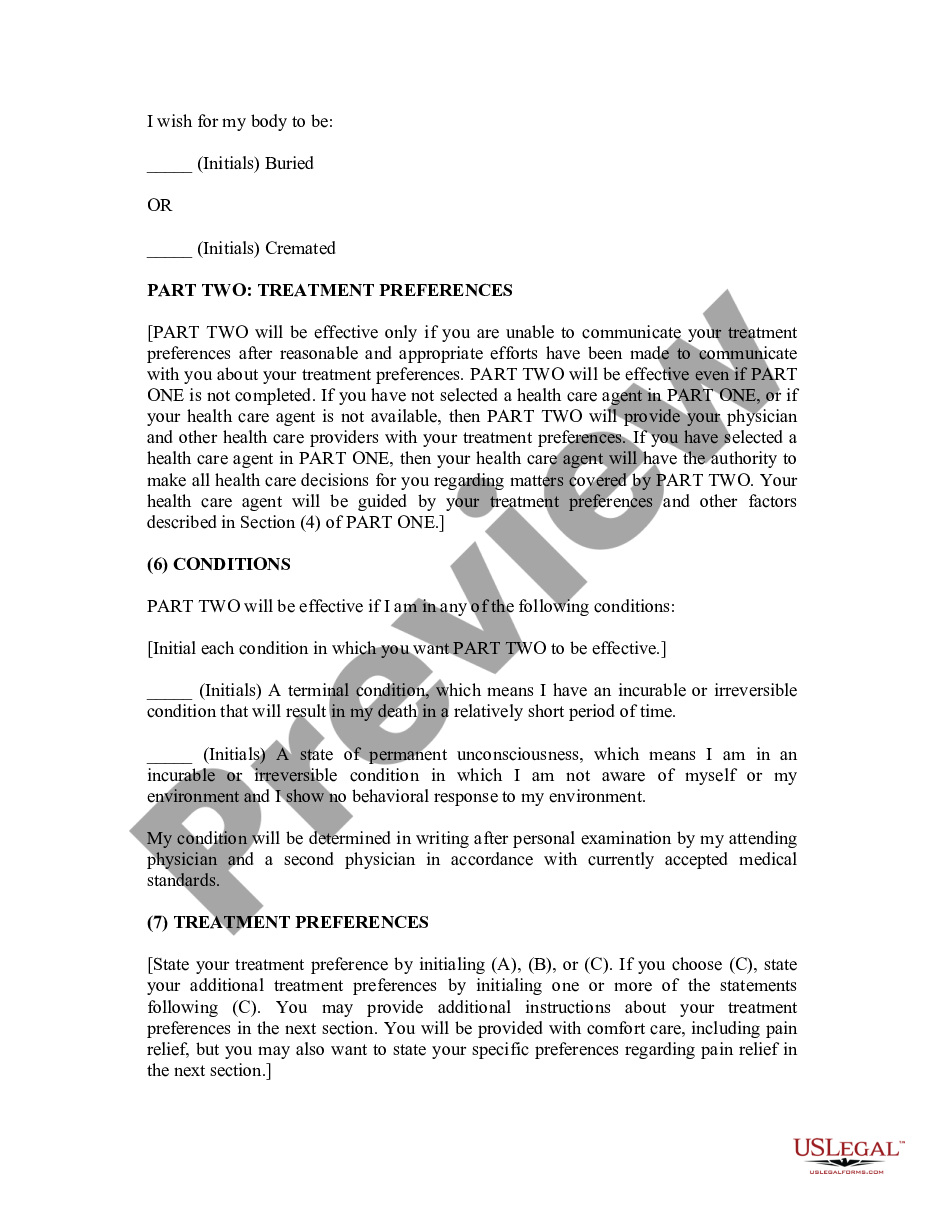 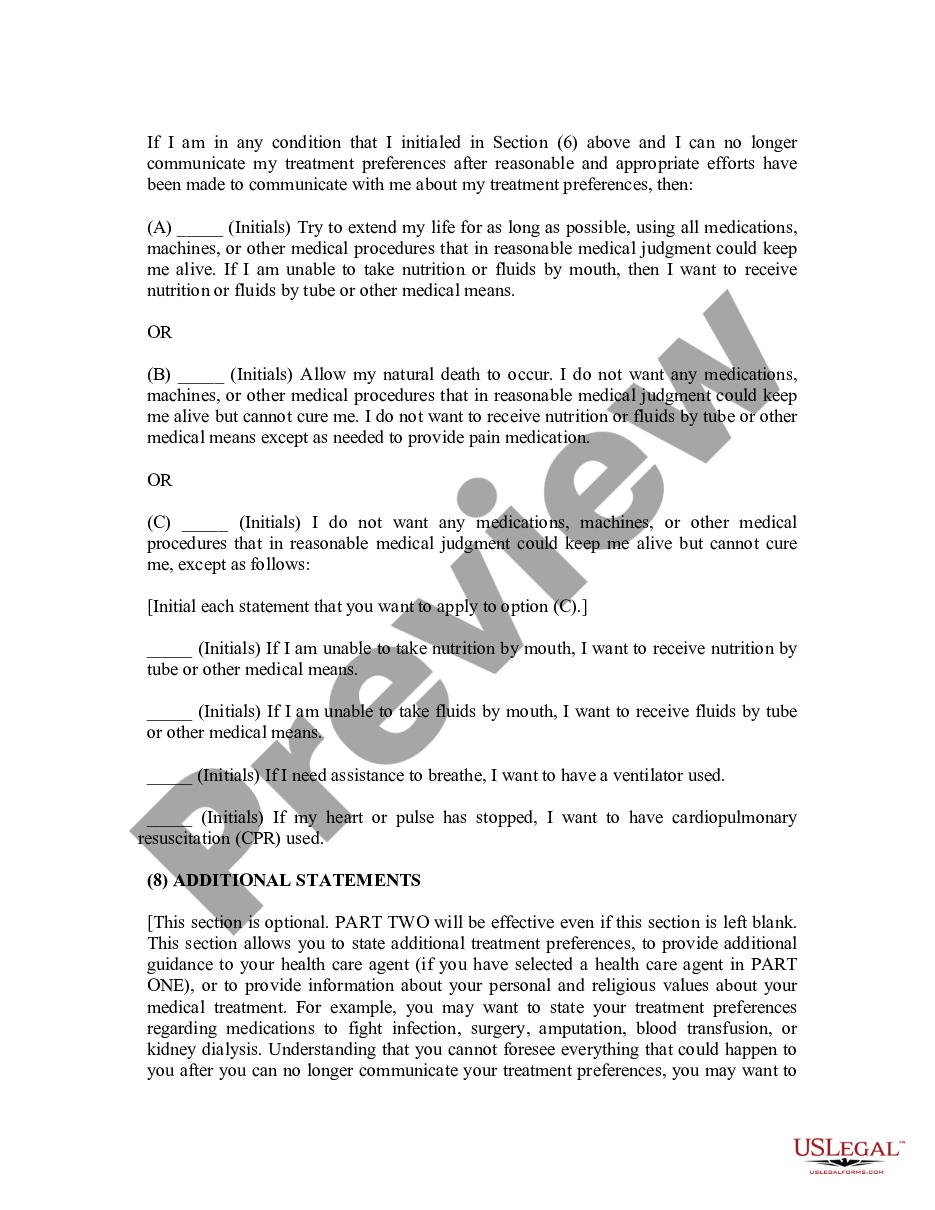 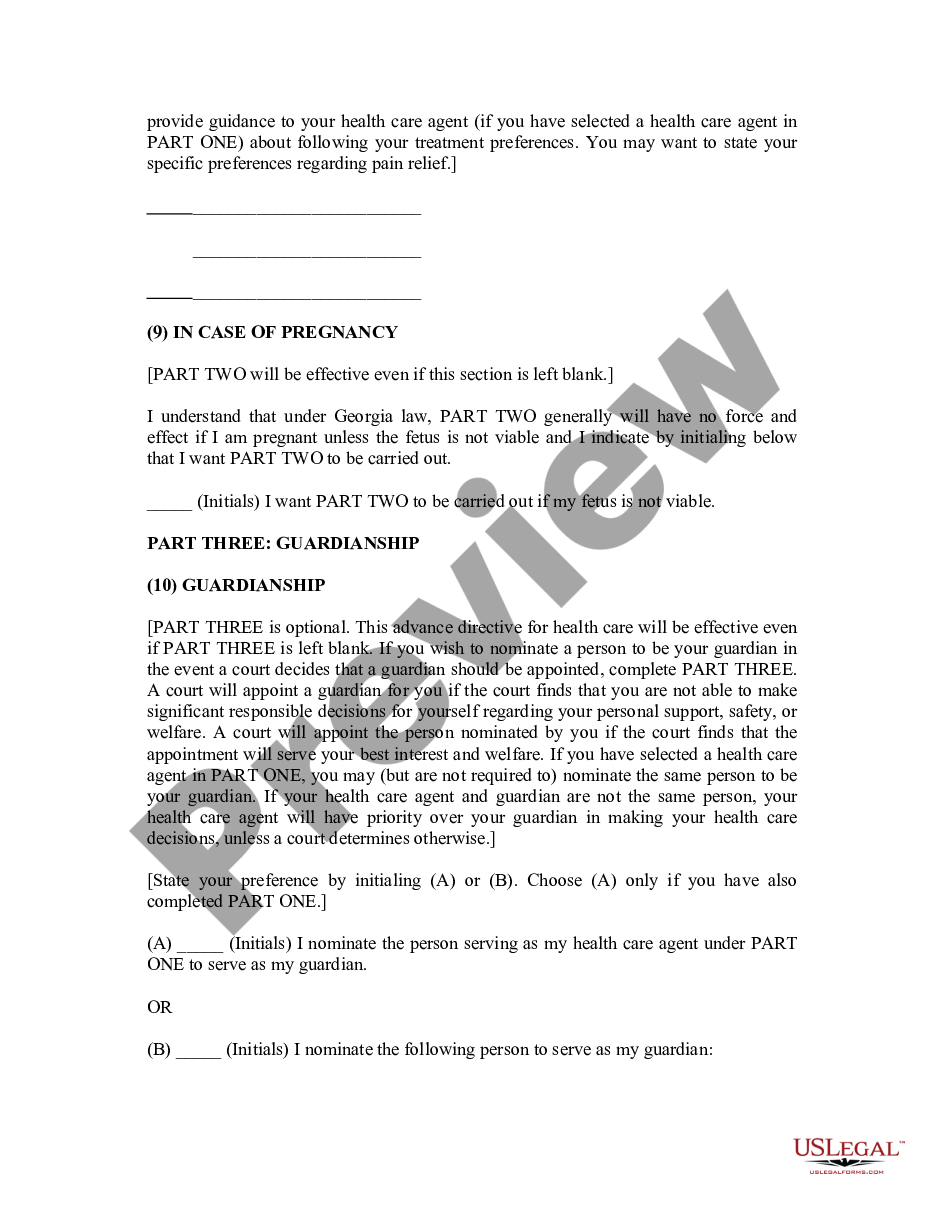 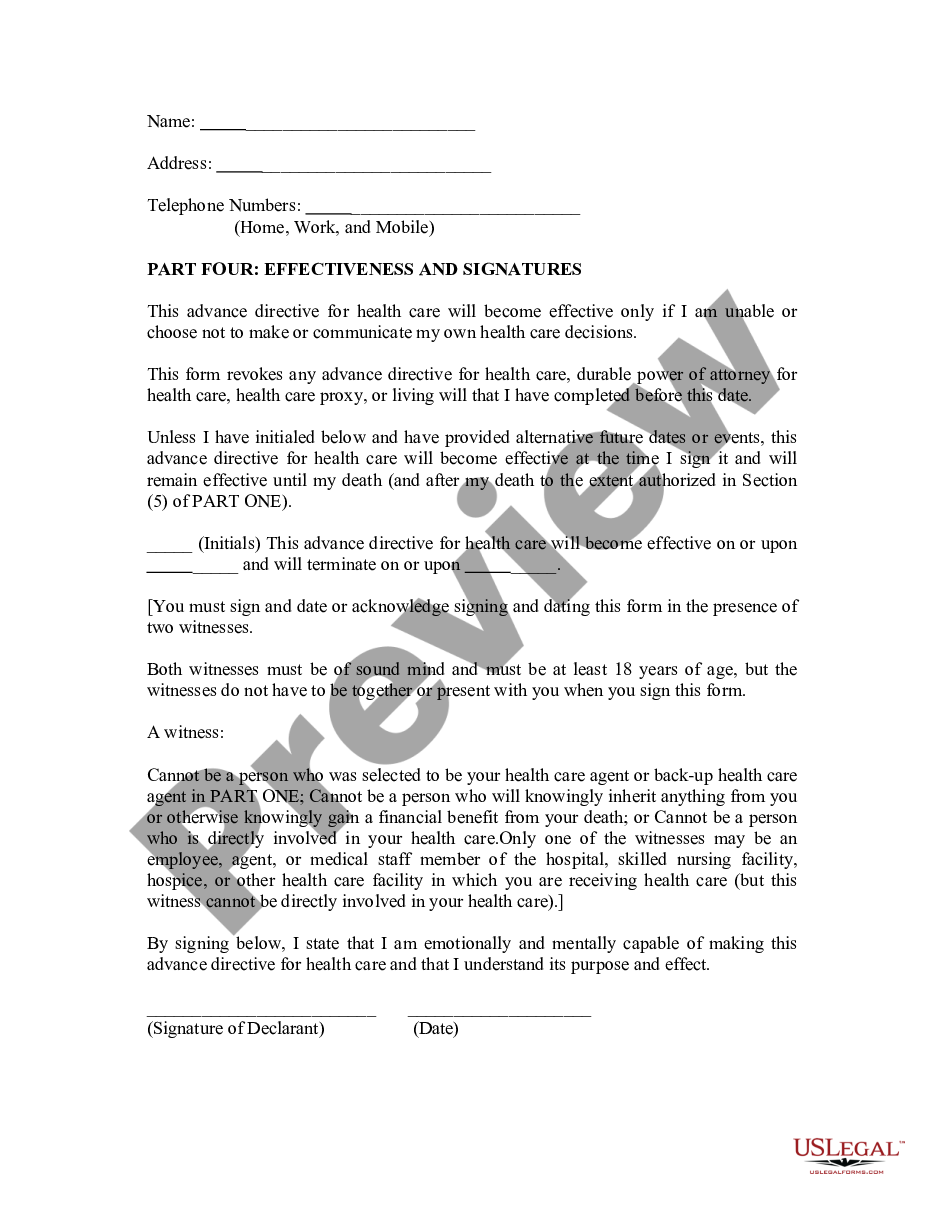 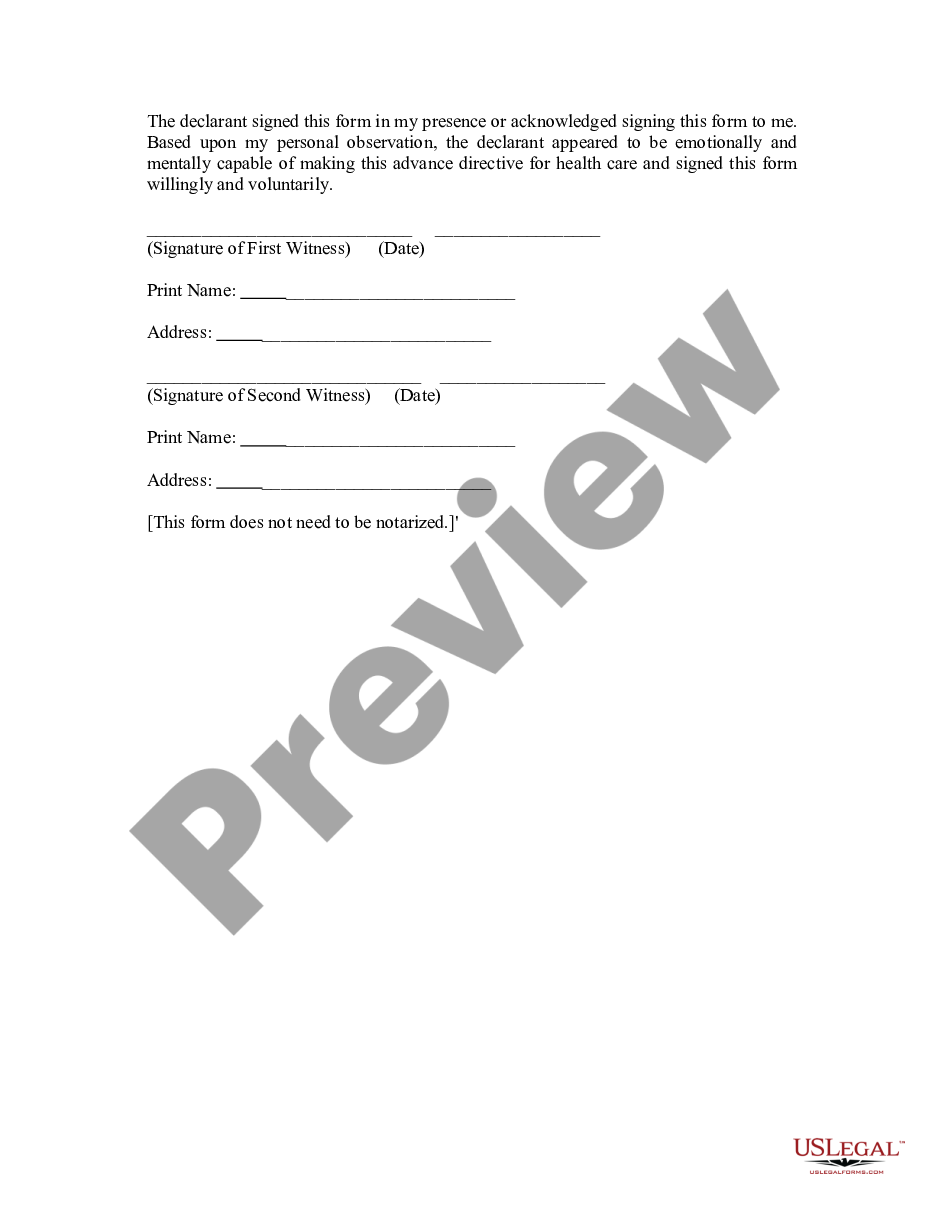 This Statutory Advance Directive for Healthcare allows you to choose someone to make health care decisions for you when you cannot (or do not want to) make health care decisions for yourself and for you after your death with respect to an autopsy, organ donation, body donation, and final disposition of your body. You can also use this form to state your treatment preferences if you have a terminal condition or if you are in a state of permanent unconsciousness, and to nominate a person to be your guardian should one ever be needed.

ALL REFERENCES ARE TO THE GEORGIA CODE

A "declarant" is a person who has executed a living will.

A "living will" is a written document voluntarily executed by the declarant in accordance with the requirements of §31-32-3 or §31-32-4.

A "persistent vegetative state" is a state of severe mental impairment in which only involuntary bodily functions are present and for which there exists no reasonable expectation of regaining significant cognitive function.

A "terminal condition" is an incurable condition caused by disease, illness, or injury which, regardless of the application of life-sustaining procedures, would produce death. To establish that a declarant is in a terminal condition, two physicians, one of whom must be the attending physician, who, after personally examining the declarant, certify in writing, based upon conditions found during the course of their examination, that there is no reasonable expectation for improvement in the condition of the declarant; and that death of the declarant from these conditions will occur as a result of such disease, illness, or injury.

Any competent adult may execute a document directing that life-sustaining procedures be withheld or withdrawn.

A living will must be signed by the declarant in the presence of at least two competent adults who, at the time of the execution of the living will, to the best of their knowledge:

The declaration must be a separate and self contained document. Any declaration which constitutes an expression of the declarant's intent shall be honored, regardless of the form used or when executed. A declaration similar to the statutory form is presumed on its face to be valid and effective.

A living will may be revoked at any time by the declarant, without regard to his mental state or competency, by any of the following methods: