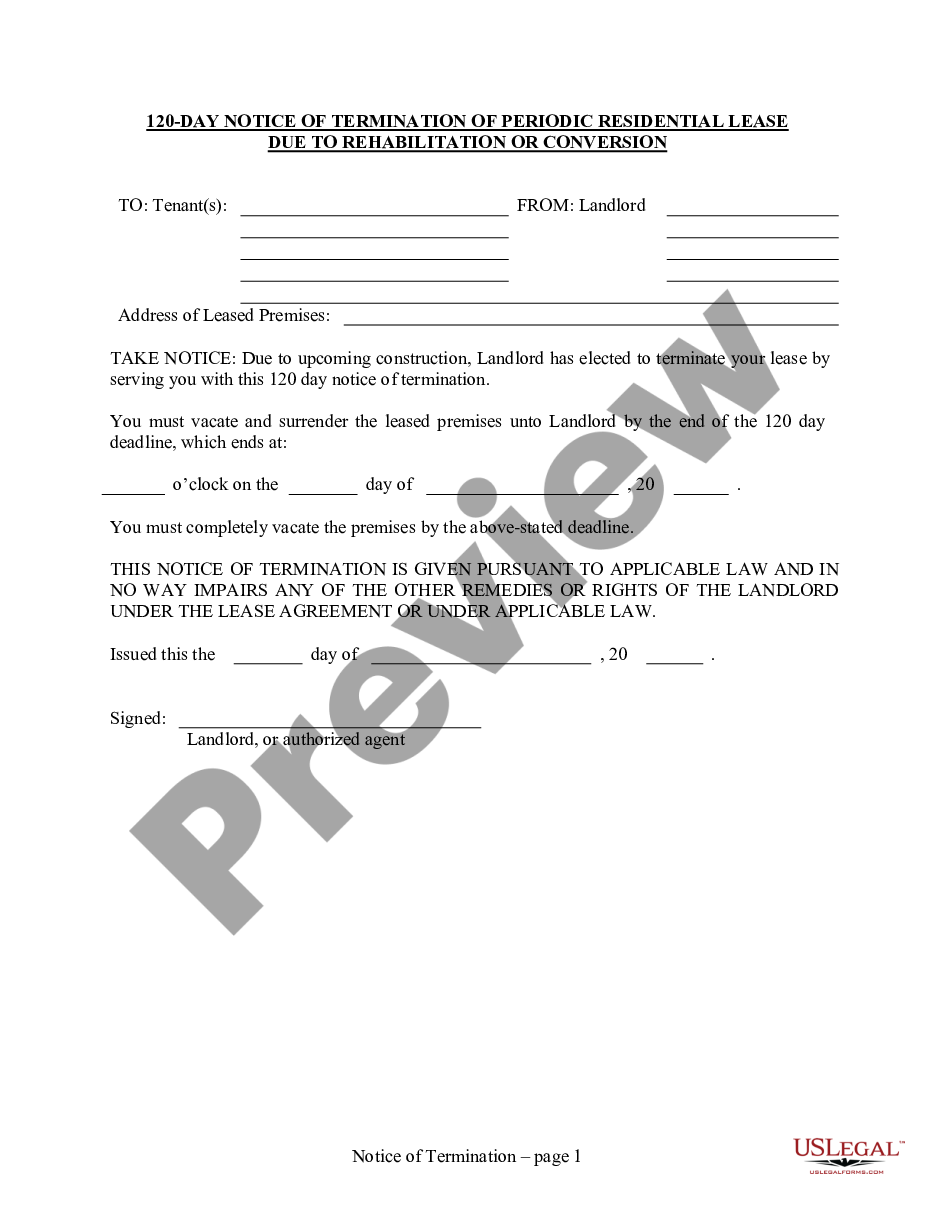 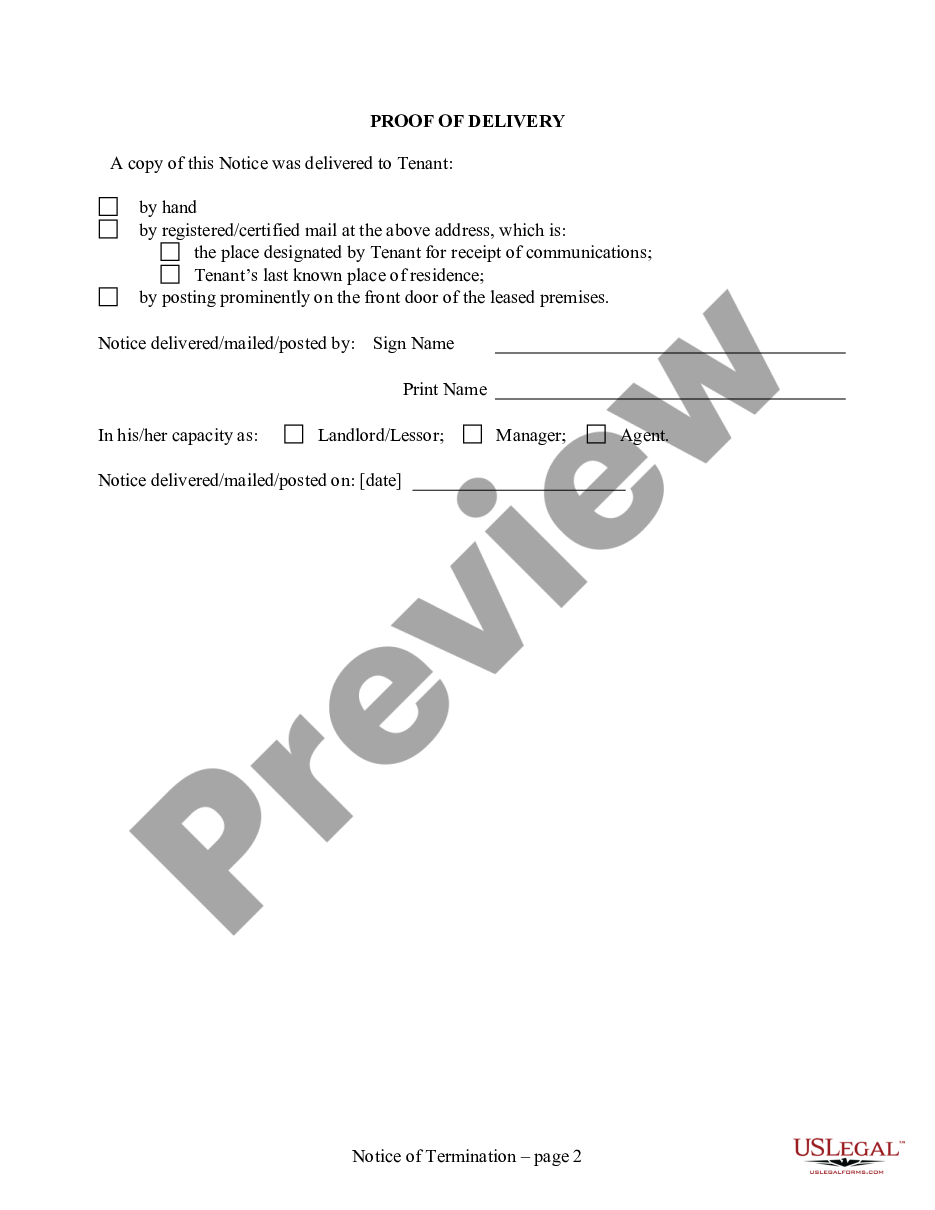 This form is used by a Landlord to terminate any residential periodic lease due to planned rehabilitation or construction of the premises. A Periodic Lease is one which runs from period to period until either landlord or tenant wish to terminate, for example a month-to-month or year-to-year lease. "Residential" indicates houses, apartments, or condos. Tenant must vacate the premises by the termination date. See Law Summary for further details.

A tenancy from year to year may be terminated by either party giving three months' notice, in writing, prior to the end of any year of the tenancy, of his intention to terminate the same. A tenancy from month to month may be terminated by either party giving thirty days' notice in writing, prior to the end of the month, of his intention to terminate the same. However, 120 days' written notice is required if the termination is due to rehabilitation or a change in the use of all or any part of a building containing at least four residential units. Changes shall include but not be limited to conversion to hotel, motel, apartment hotel or other commercial use, planned unit development, rehabilitation, demolition or sale to a contract purchaser requiring an empty building. This 120-day notice requirement shall not be waived; however, a period of less than 120 days may be agreed upon by both the landlord and tenant in a written agreement separate from the rental agreement or lease executed after such notice is given and applicable only to the 120-day notice period. When such notice is to the tenant it may be served upon him or upon anyone holding under him the leased premises, or any part thereof. When it is by the tenant it may be served upon anyone who, at the time, owns the premises in whole or in part, or the agent of such owner, or according to the common law. This section shall not apply when, by special agreement, no notice is to be given; nor shall notice be necessary from or to a tenant whose term is to end at a certain time. The written notice required by this section to terminate a tenancy shall not be contained in the rental agreement or lease, but shall be a separate writing.

A tenant from year to year, month to month, or other definite term, shall not, by his mere failure to vacate the premises upon the expiration of the lease, be held as tenant for another term when such failure is not due to his willfulness, negligence or other avoidable cause, but such tenant shall be liable to the lessor for use and occupation of the premises and also for any loss or damage sustained by the lessor because of such failure to surrender possession at the time stipulated.