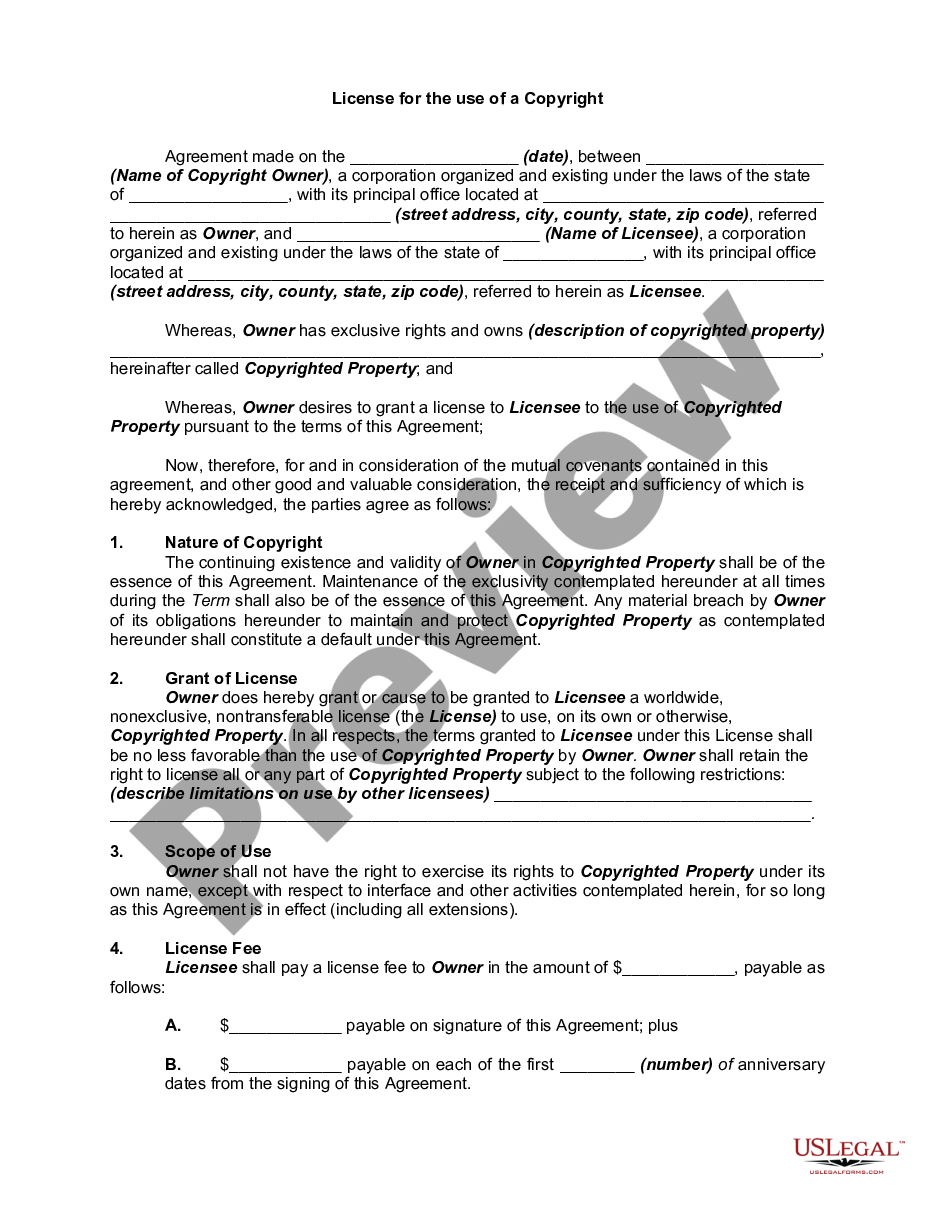 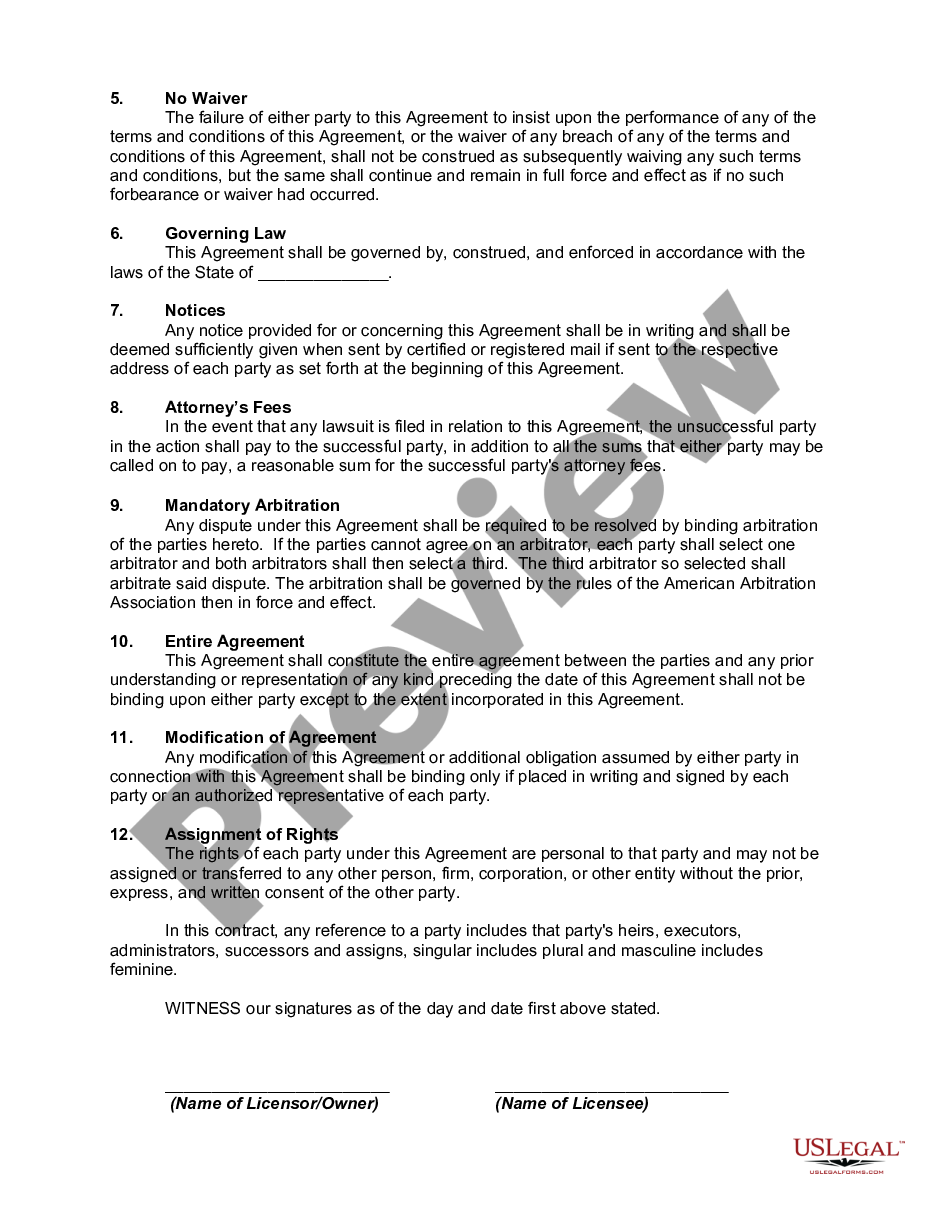 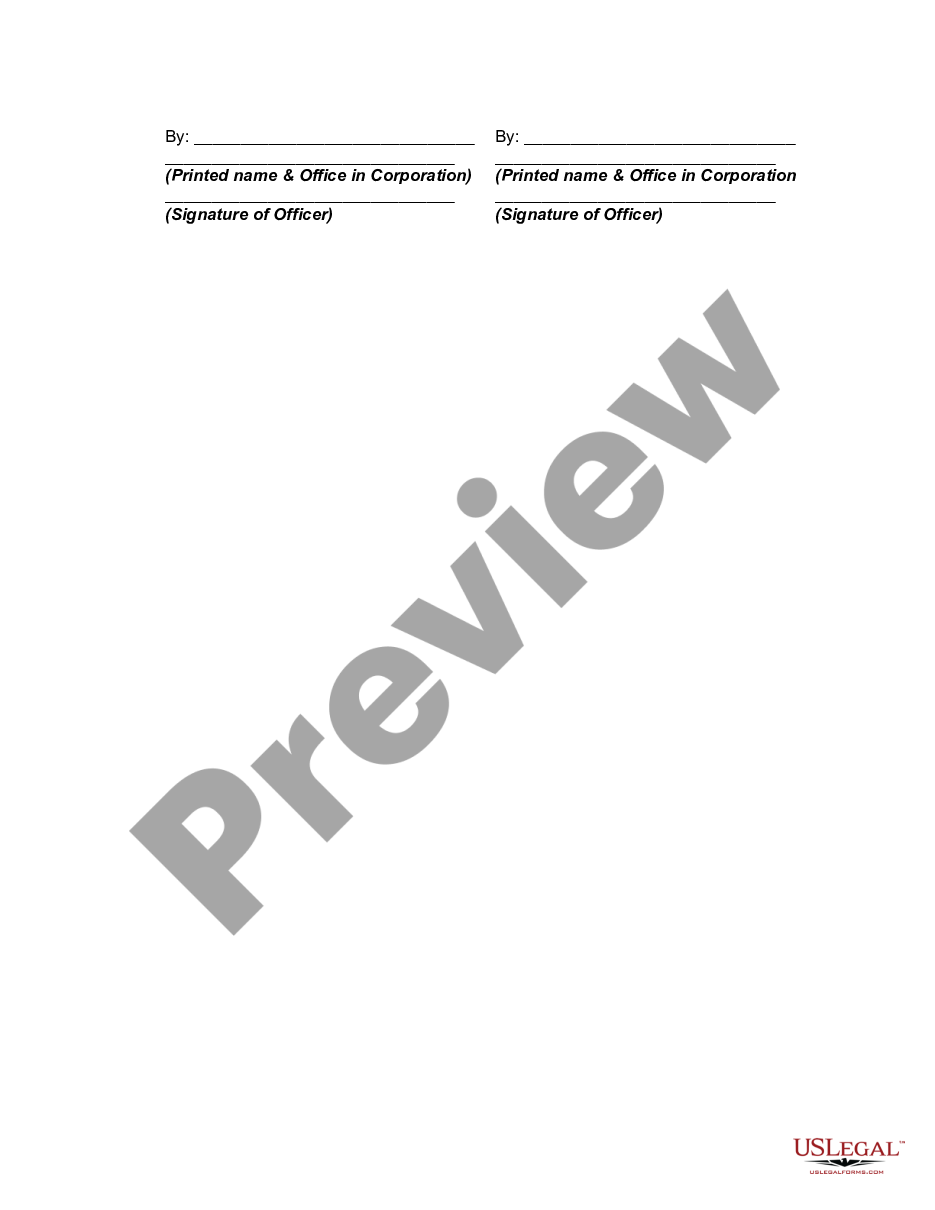 A Copyright is a form of protection provided by the laws of the United States (title 17, U. S. Code) to the authors of "original works of authorship, "including literary, dramatic, musical, artistic, and certain other intellectual works. This protection is available to both published and unpublished works. Section 106 of the 1976 Copyright Act generally gives the owner of copyright the exclusive right to do and to authorize others to do the following:

All forms provided by US Legal Forms, the nations leading legal forms publisher. When you need license copyright buy, don't accept anything less than the USlegal™ brand. "The Forms Professionals Trust ™