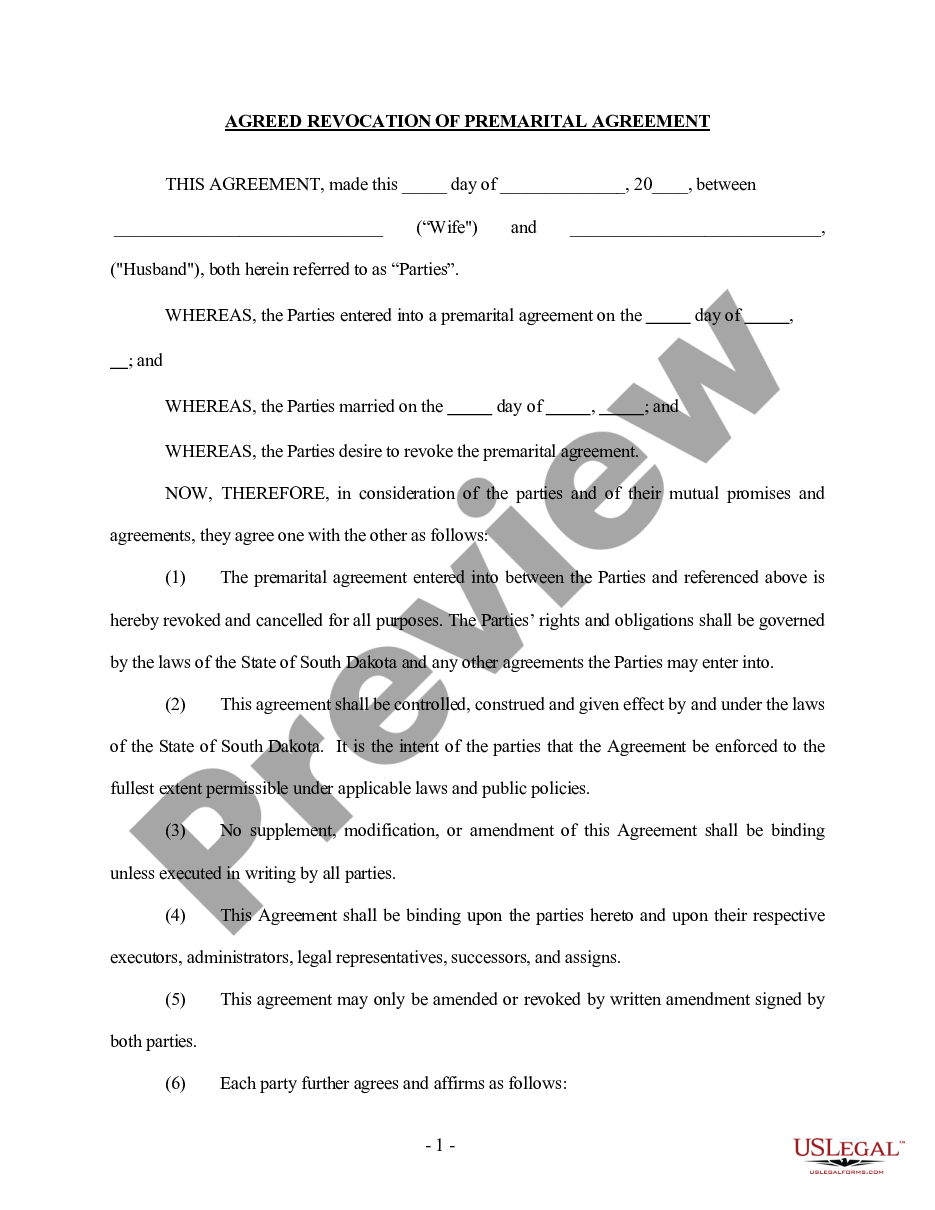 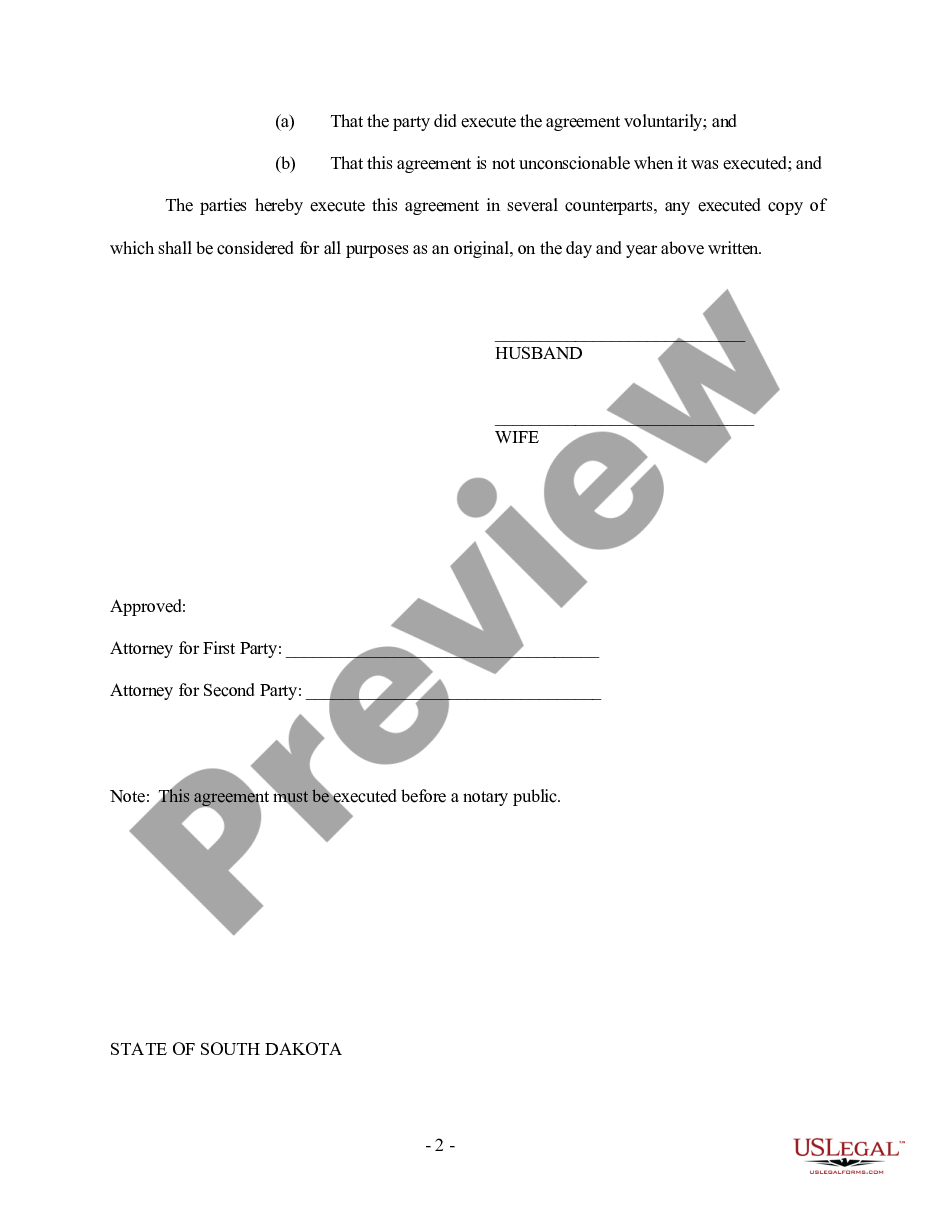 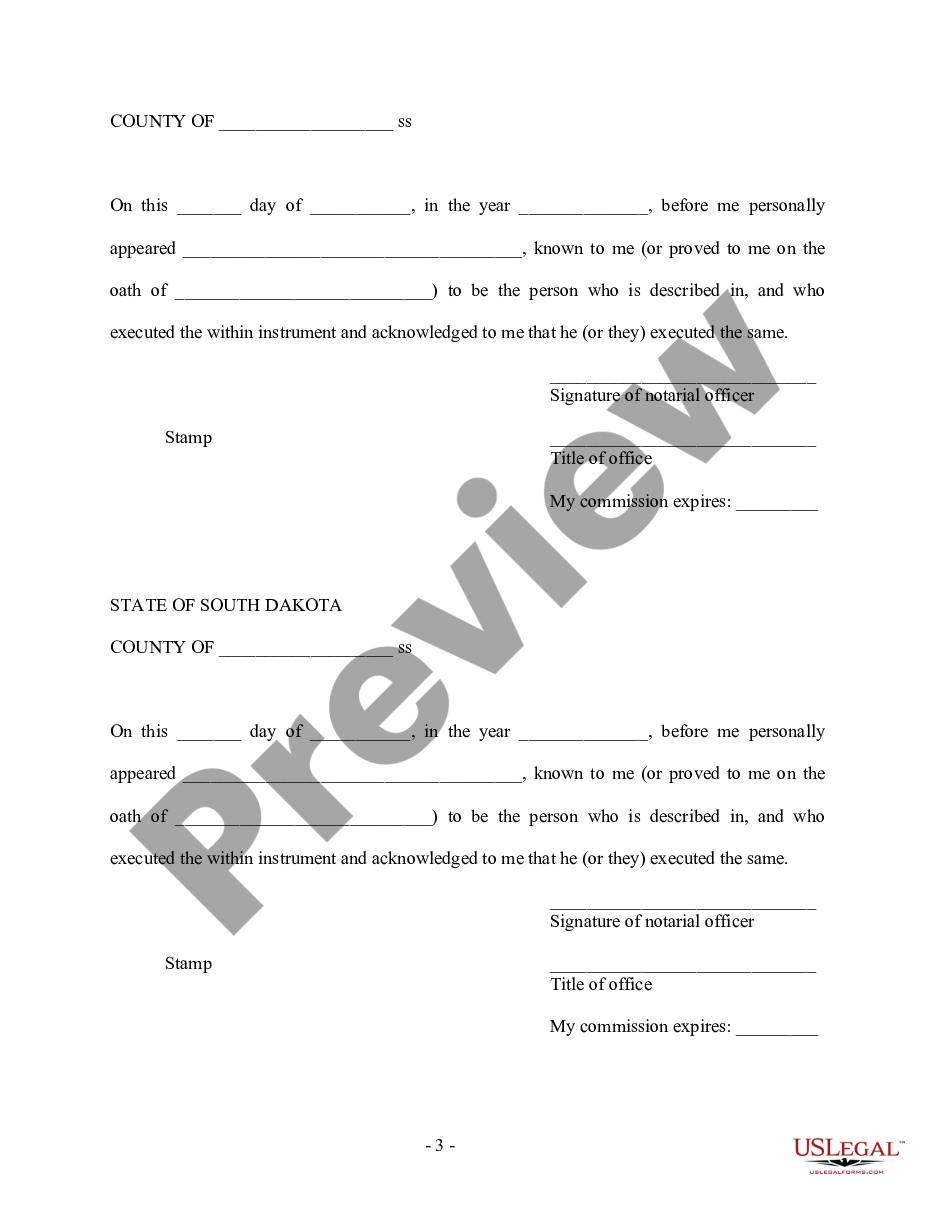 How To Fill Out South Dakota Revocation Of Premarital Or Prenuptial Agreement?

Creating papers isn't the most easy task, especially for those who almost never deal with legal paperwork. That's why we advise making use of accurate South Dakota Revocation of Premarital or Prenuptial Agreement templates created by professional attorneys. It gives you the ability to eliminate problems when in court or dealing with formal organizations. Find the files you need on our site for top-quality forms and correct descriptions.

If you’re a user having a US Legal Forms subscription, simply log in your account. Once you’re in, the Download button will immediately appear on the template webpage. Soon after getting the sample, it will be saved in the My Forms menu.

Customers with no an activated subscription can easily get an account. Utilize this brief step-by-step guide to get the South Dakota Revocation of Premarital or Prenuptial Agreement:

After finishing these simple actions, you are able to fill out the form in a preferred editor. Recheck completed data and consider asking a legal representative to review your South Dakota Revocation of Premarital or Prenuptial Agreement for correctness. With US Legal Forms, everything becomes much simpler. Try it out now!

Terms as used in Â§Â§ 25-2-16 to 25-2-25, inclusive, mean: (1) "Premarital agreement," an agreement between prospective spouses made in contemplation of marriage and to be effective upon marriage; (2) "Property," any interest, present or future, legal or equitable, vested or contingent, in real or personal property, including income and earnings.25-2-16

After marriage, a premarital agreement may be amended or revoked only by a written agreement signed by the parties. The amended agreement or the revocation is enforceable without consideration. Source: SL 1989, ch 216, Â§ 5.25-2-20

If a marriage is determined to be void, an agreement that would otherwise have been a premarital agreement is enforceable only to the extent necessary to avoid an inequitable result. Source: SL 1989, ch 216, Â§ 7.25-2-22

Any statute of limitations applicable to an action asserting a claim for relief under a premarital agreement is tolled during the marriage of the parties to the agreement. However, equitable defenses limiting the time for enforcement, including laches and estoppel, are available to either party. Source: SL 1989, ch 216, Â§ 8.25-2-23

Sections 25-2-16 to 25-2-25, inclusive, shall be applied and construed to effectuate its general purpose to make uniform the law with respect to the subject of the Uniform Premarital Agreement Act among states enacting it. Source: SL 1989, ch 216, Â§ 9.25-2-24