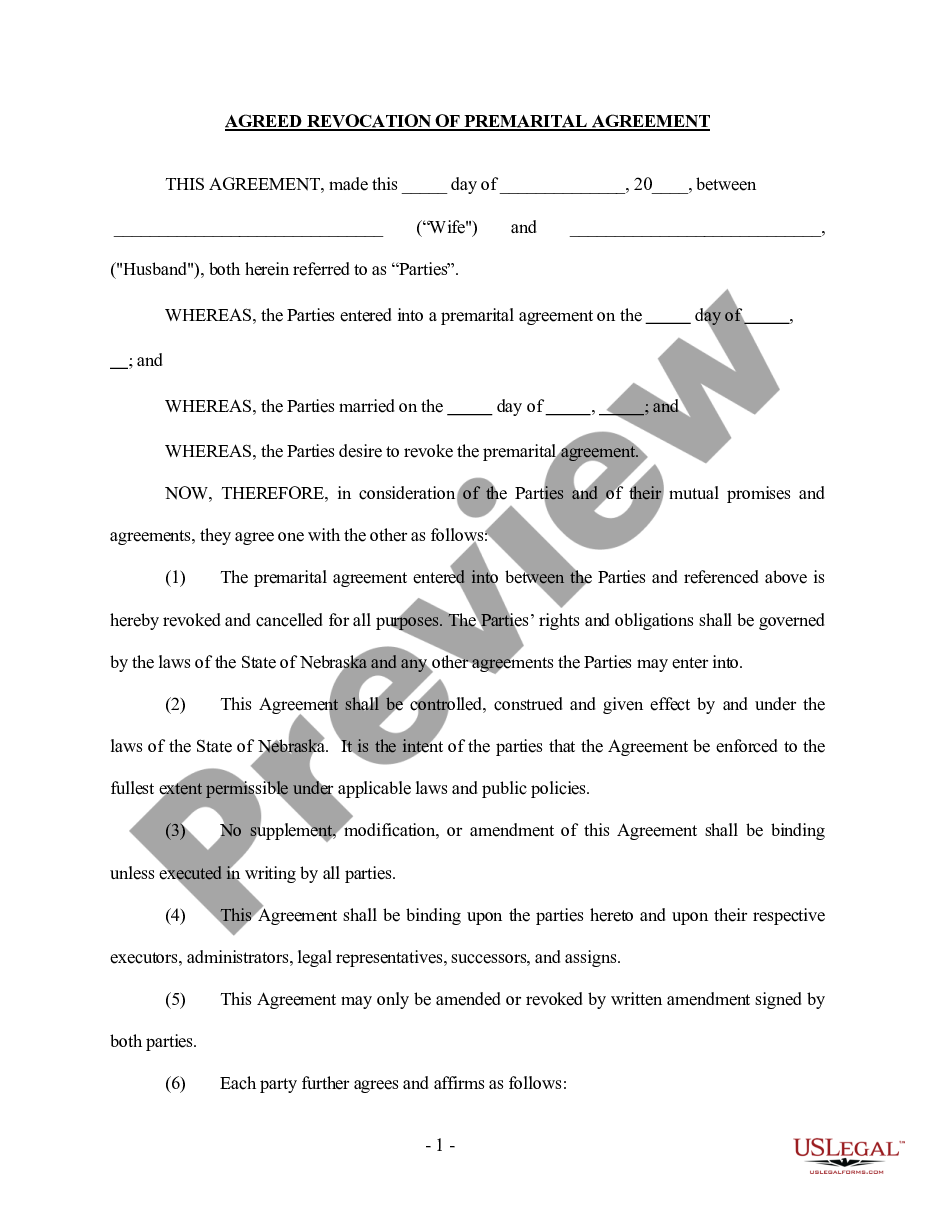 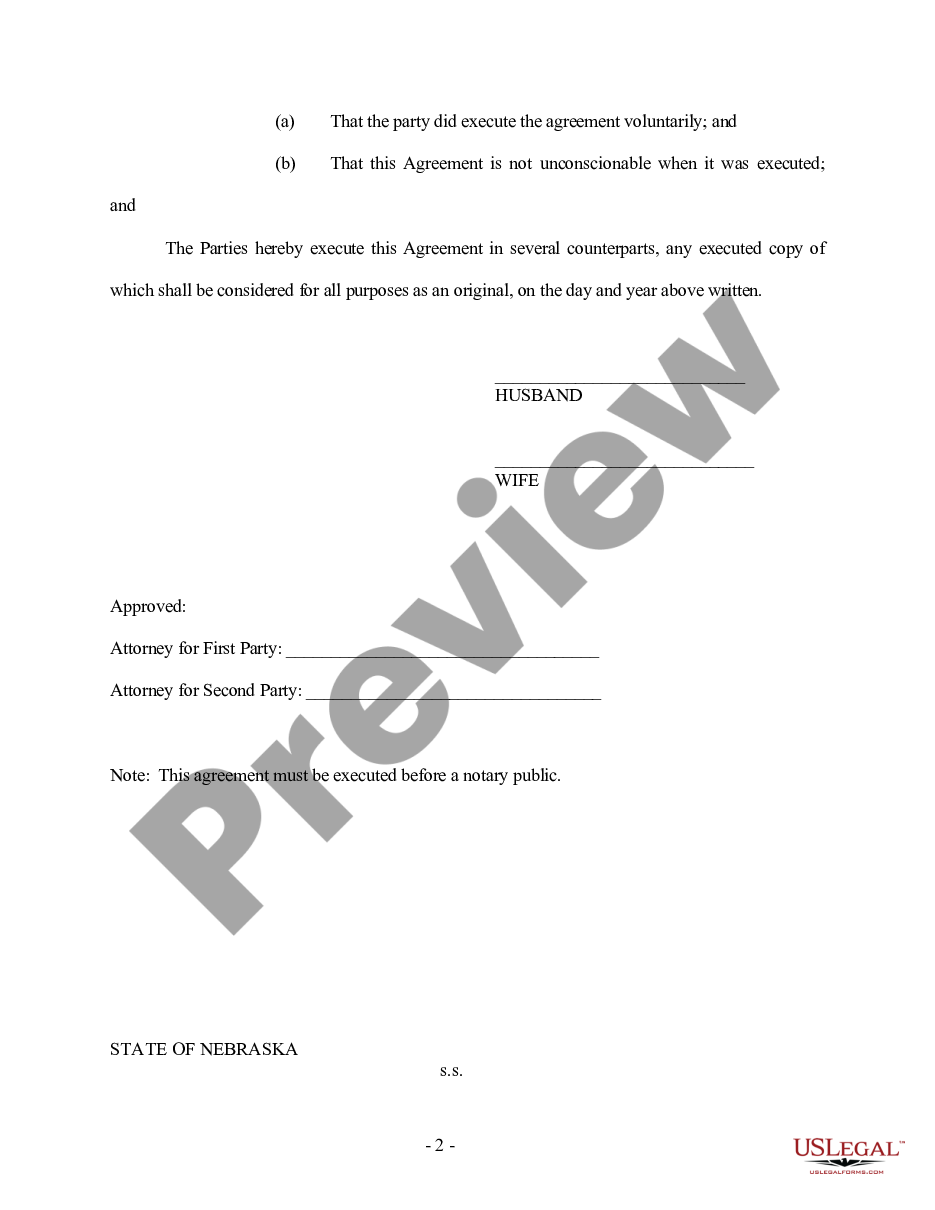 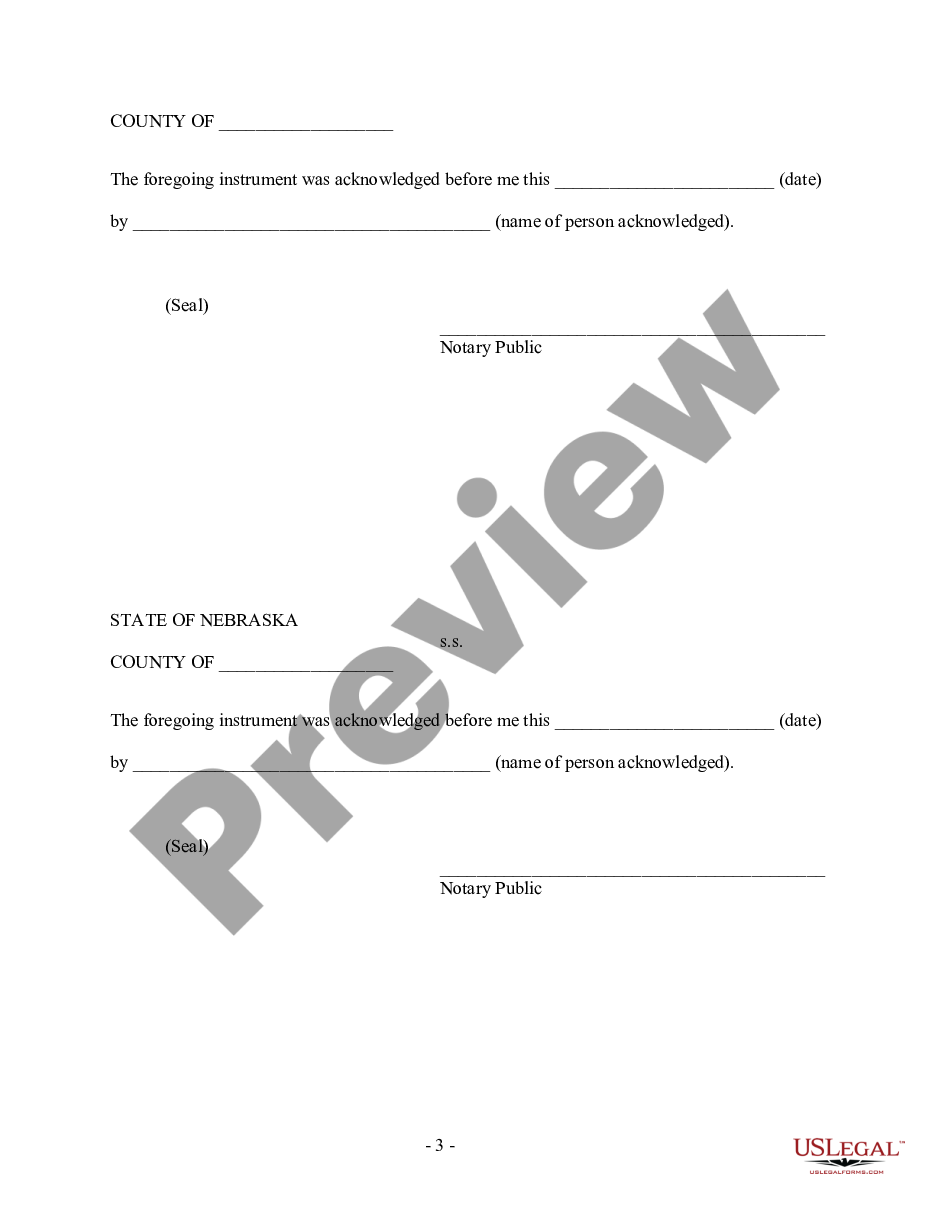 How To Fill Out Nebraska Revocation Of Premarital Or Prenuptial Agreement?

Avoid pricey attorneys and find the Nebraska Revocation of Premarital or Prenuptial Agreement you want at a reasonable price on the US Legal Forms website. Use our simple groups function to look for and download legal and tax documents. Go through their descriptions and preview them before downloading. Additionally, US Legal Forms provides customers with step-by-step tips on how to download and fill out every template.

US Legal Forms customers simply have to log in and get the specific form they need to their My Forms tab. Those, who haven’t obtained a subscription yet must follow the tips below:

After downloading, it is possible to fill out the Nebraska Revocation of Premarital or Prenuptial Agreement manually or by using an editing software program. Print it out and reuse the form many times. Do more for less with US Legal Forms!

When can a prenuptial agreement be overturned?

Can a prenup be reversed?

Can a prenup be amended?

Can a prenup be voided after marriage?

Can you undo a prenup?

What nullifies a prenup?

How do you nullify a prenuptial agreement?

The three most common grounds for nullifying a prenup are unconscionability, failure to disclose, or duress and coercion. Unconscionability may be present if the agreement is patently unfair to one party.

As used in the Uniform Premarital Agreement Act:

(1) Premarital agreement means an agreement between prospective spouses made in contemplation of marriage and to be effective upon marriage.

(e) The making of a will, trust, or other arrangement, to carry out the provisions of the agreement;

If a marriage is determined to be void, an agreement that would otherwise have been a premarital agreement is enforceable only to the extent necessary to avoid an inequitable result. Source: Laws 1994, LB 202, Â§ 7.42-1007.

Any statute of limitations applicable to an action asserting a claim for relief under a premarital agreement is tolled during the marriage of the parties to the agreement. However, equitable defenses limiting the time for enforcement, including laches and estoppel, are available to either party. Source: Laws 1994, LB 202, Â§ 8.42-1008.

The Uniform Premarital Agreement Act shall be applied and construed to effectuate its general purpose to make uniform the law with respect to the subject of the act among states enacting it. Source: Laws 1994, LB 202, Â§ 9.42-1009.