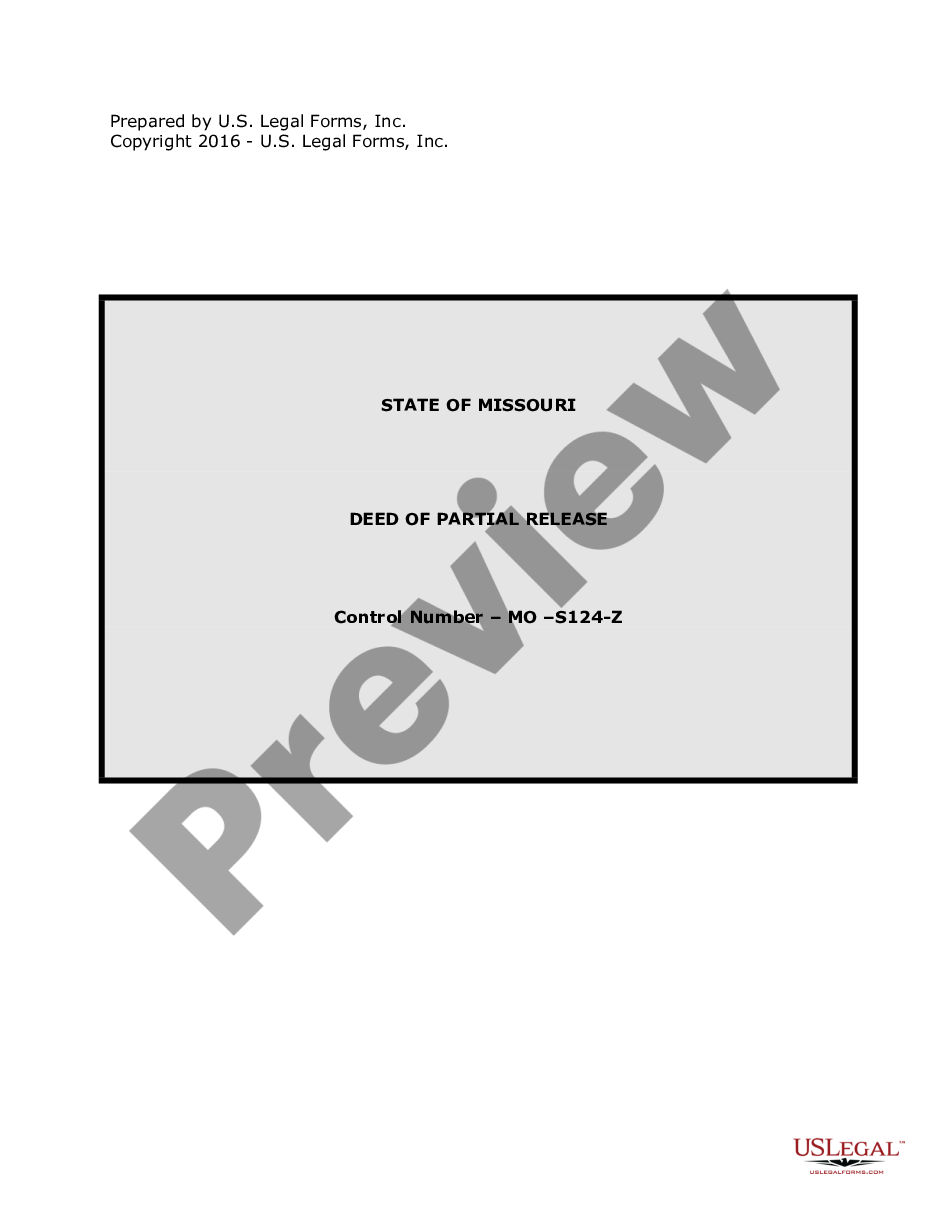 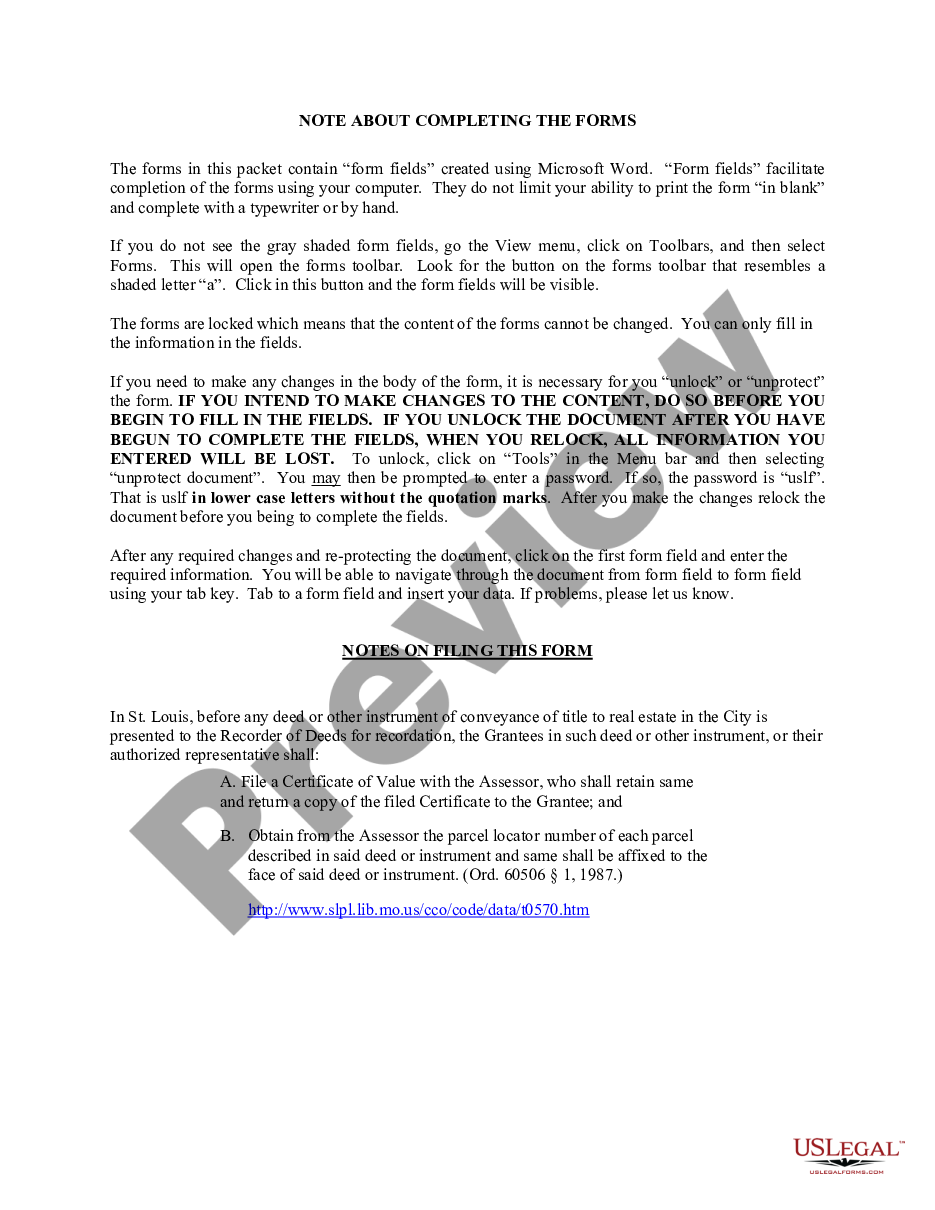 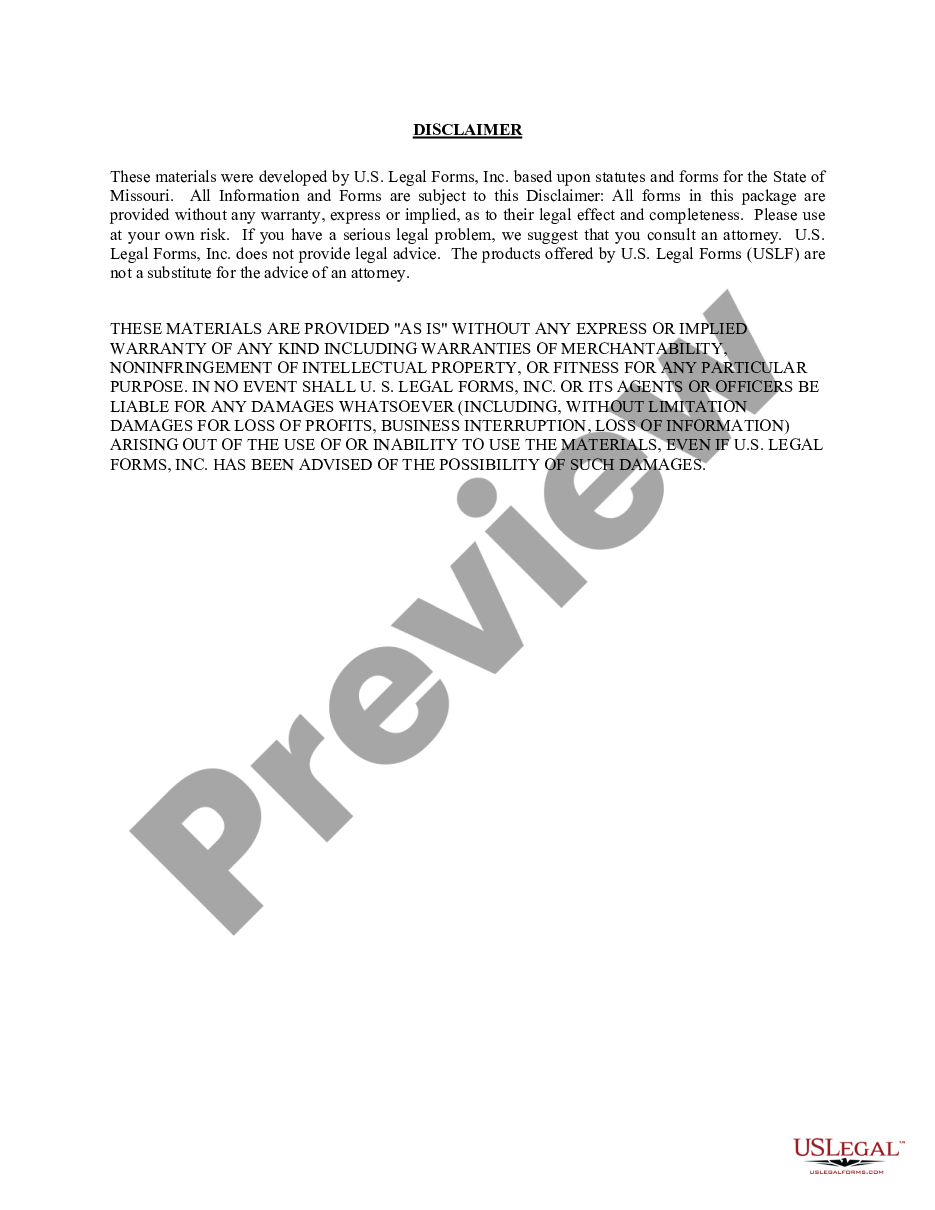 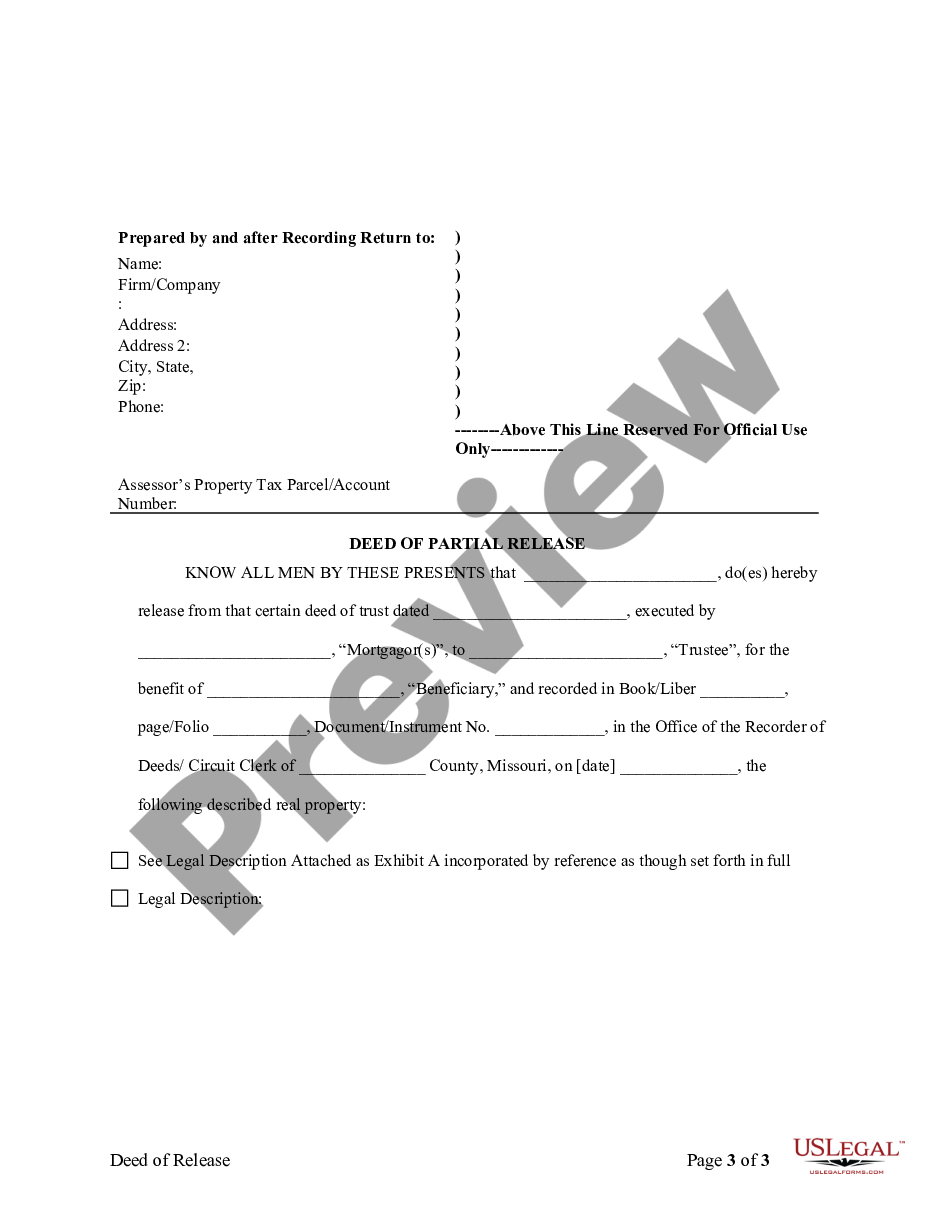 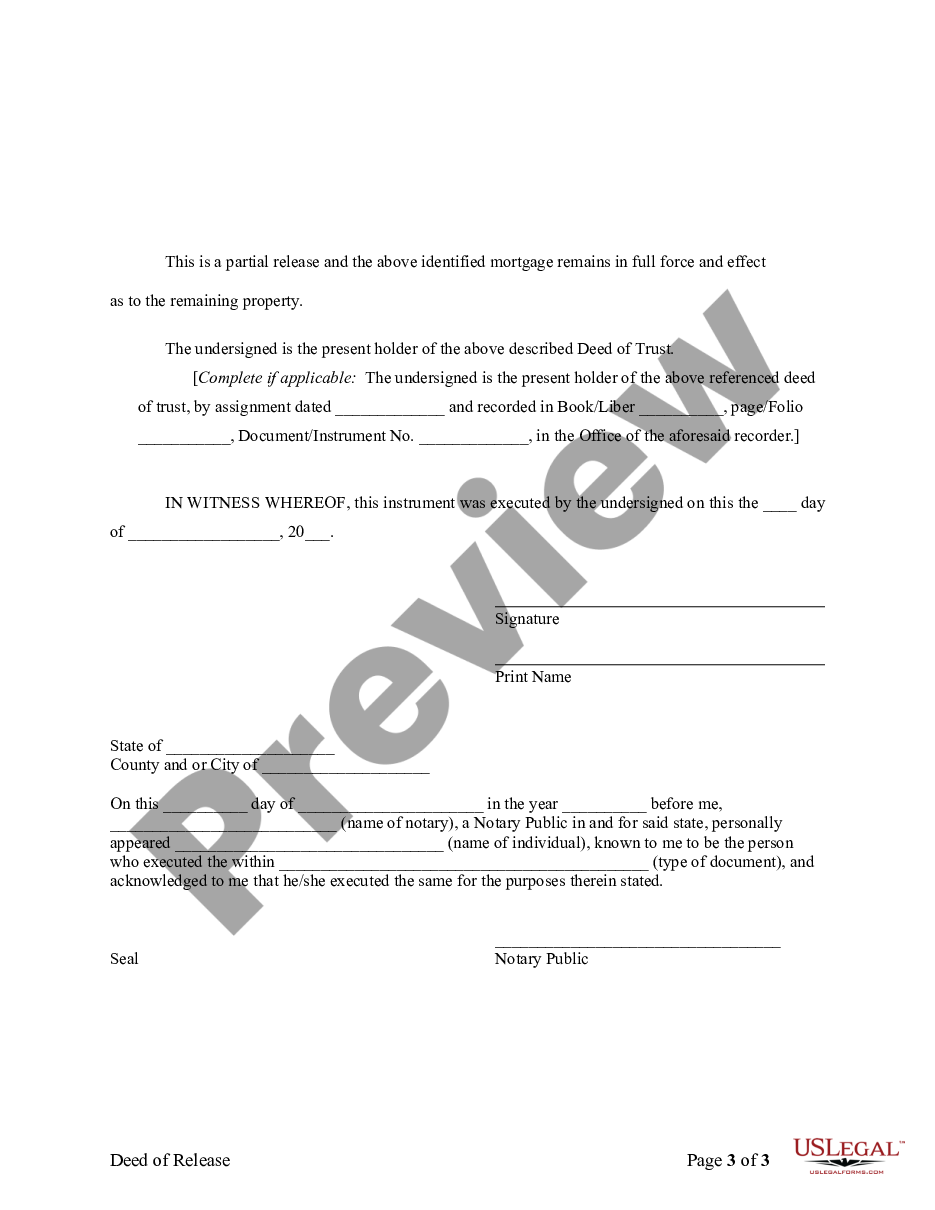 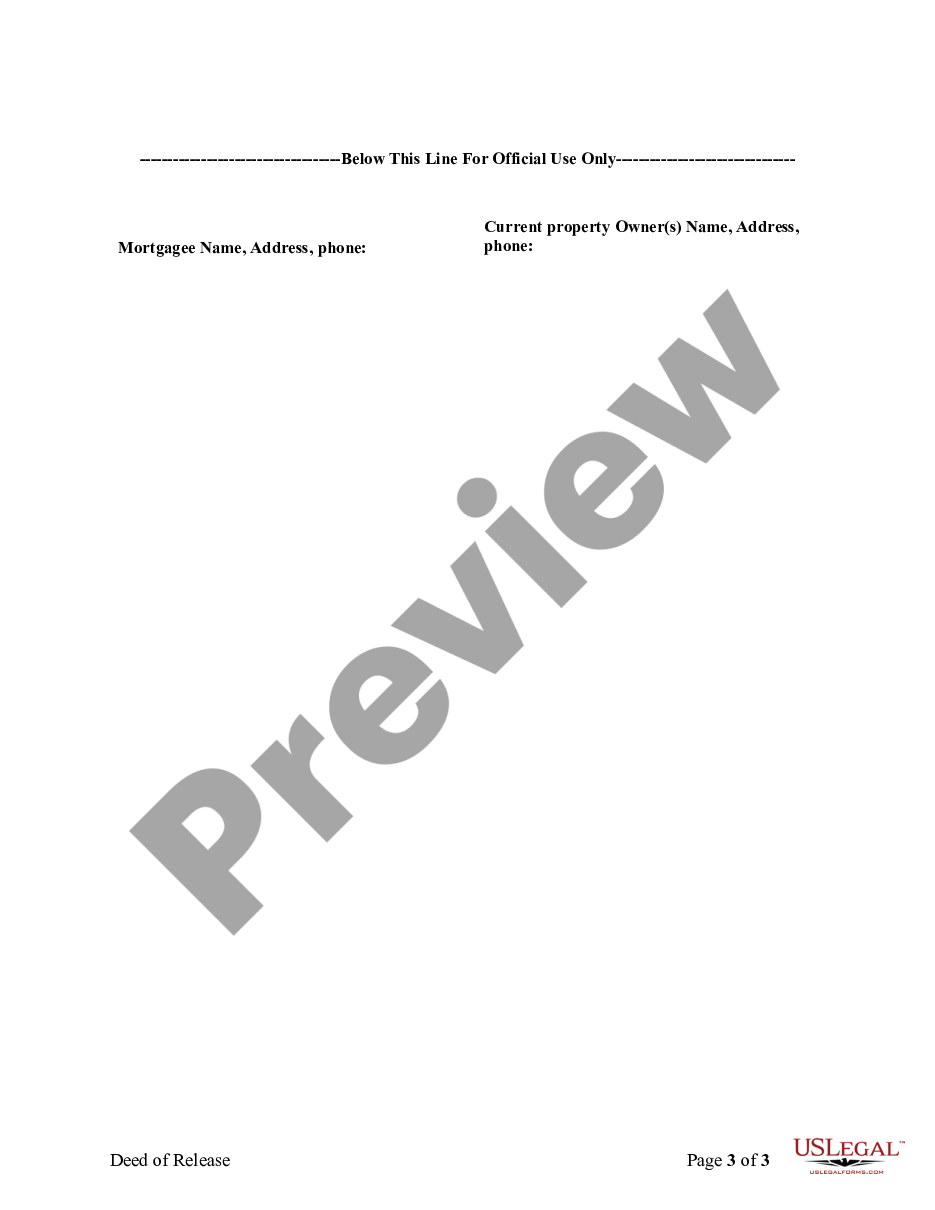 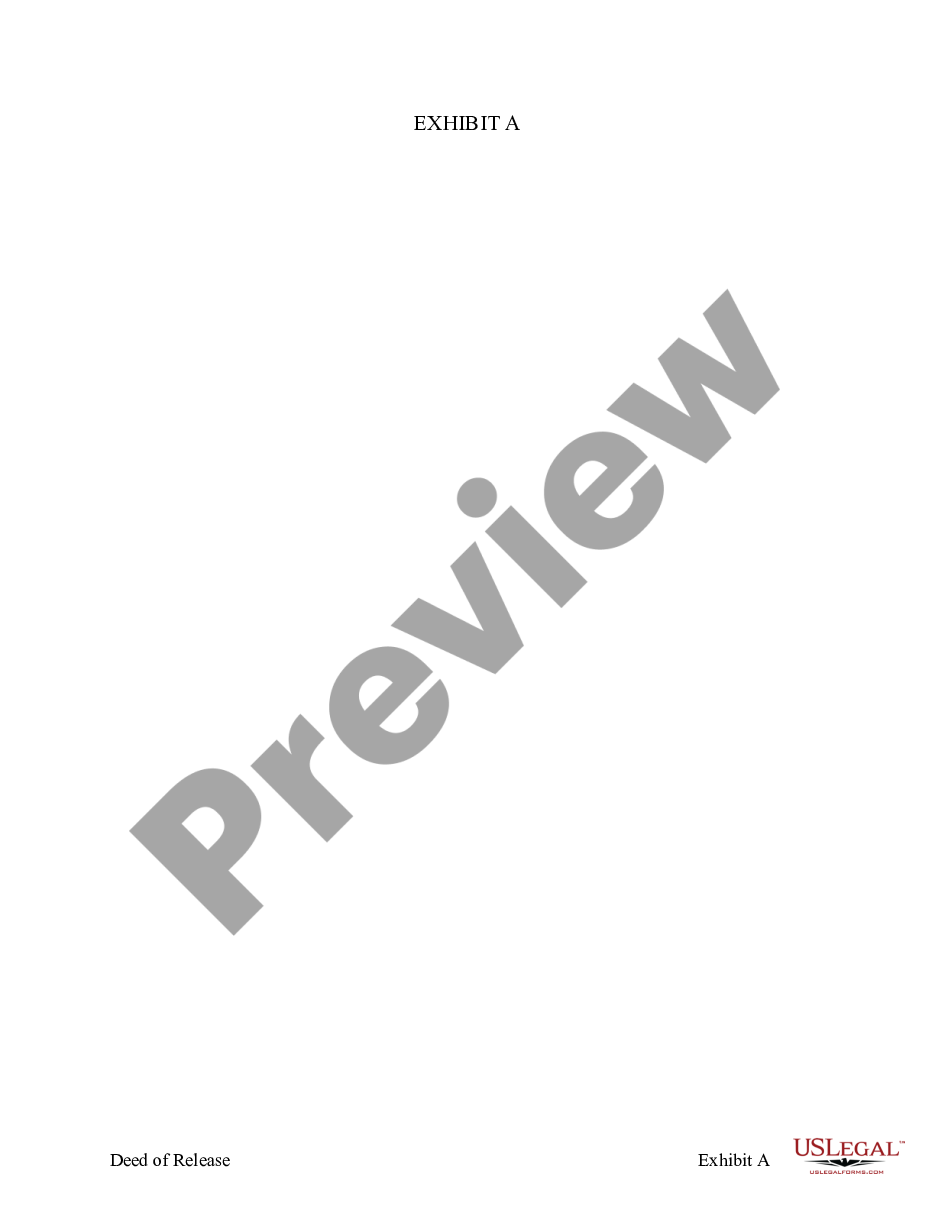 Partial Release of Property From Deed of Trust for Individual

Execution of Assignment or Satisfaction: Must be signed by the mortgagee.

Demand to Satisfy: Upon full payoff, borrower (mortgagor) may make written demand upon the lender (mortgagee) to satisfy the deed of trust, whereupon lender has 30 days to do so or face liability.

Recording Satisfaction: The lender shall deliver to the borrower a certificate of satisfaction (and see 443.060, below).

Penalty: If mortgagee fails to record satisfaction within 30 days of written request after full payoff, mortgagee is liable for 10% of the amount of the instrument, plus other recoverable damages.

443.060. Acknowledgment of satisfaction and release, how made.

3. In case any mortgagee, cestui que trust or assignee, or personal representative of the mortgagee, cestui que trust or assignee shall desire to release the property described in any security instrument recorded prior to January 1, 1986, without receiving full satisfaction of the debt, note or obligation thereby secured, he shall be permitted to do so by the recorder on presentation to the recorder of the notes or other obligations evidencing the principal of the debt secured thereby, or accounting for them by affidavits or otherwise as now or hereafter provided by law in the case of full release, and the recorder shall note the fact of the filing for record of such release on such notes or obligations in substantially the following form: "See release dated ..................... Recorder" and of the presentation of such notes or other obligations, or accounting therefor, on the deed of release prior to its recordation, but shall not cancel such notes or other obligations. Nothing in this section shall be construed as making it necessary for any trustee named in the security instrument to join in such deed of release.

443.070. Affidavit required with deed of release, when--penalty for failure.

Every person who shall execute a deed of release of a security instrument recorded prior to January 1, 1986, shall at the same time of making and delivering such release deed, make and deliver the affidavit required by section 443.060 unless such deed of release states that the indebtedness remains unpaid in whole or in part; and a neglect or refusal to do so shall subject the party or person thus neglecting or refusing to the same penalties as provided by law in case of refusing to satisfy security instruments when paid. The affidavit named in this section may be endorsed upon the deed of release and recorded with it.


443.150. Acknowledgment and satisfaction--how made by a corporation.


443.170. Penalty for failing to acknowledge satisfaction and deliver deed of release.