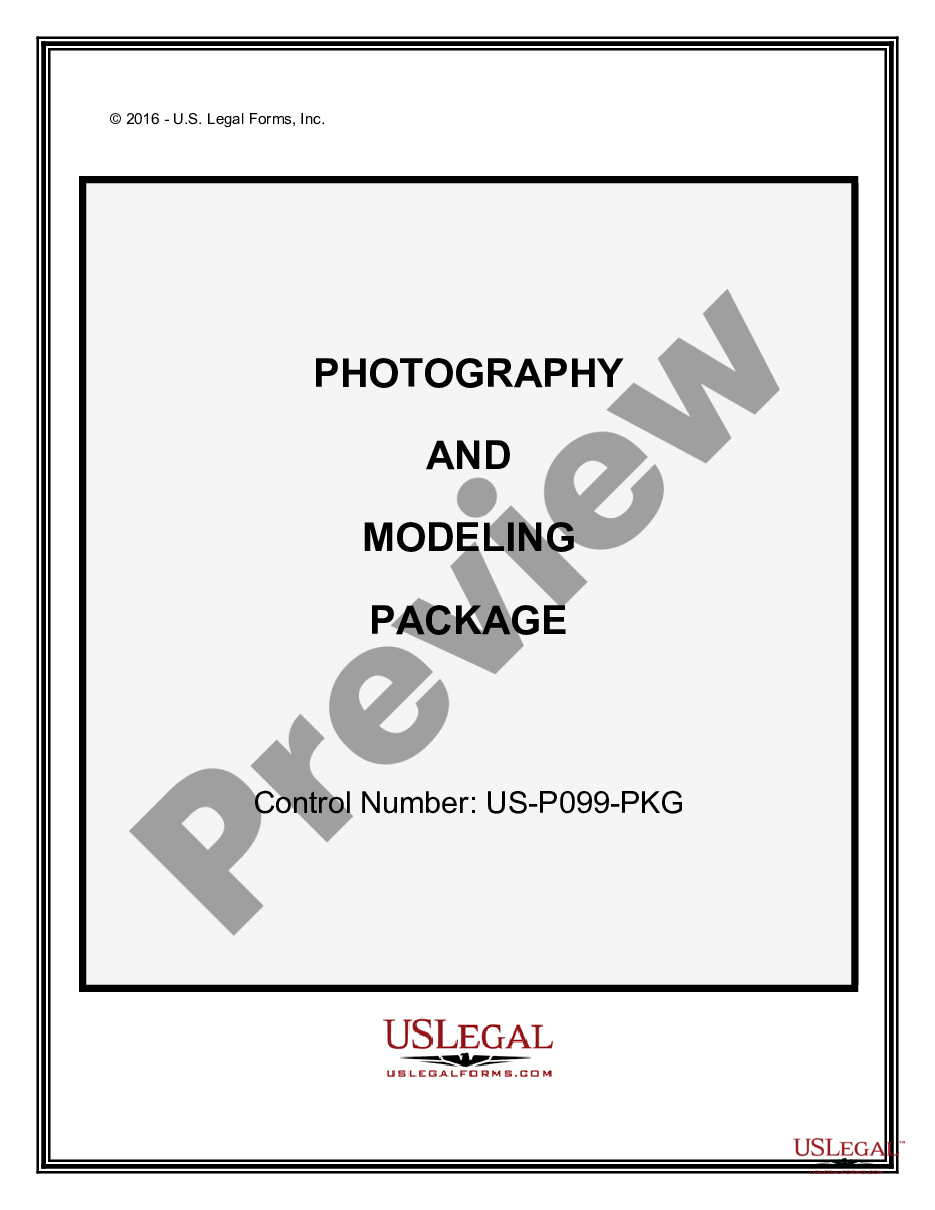 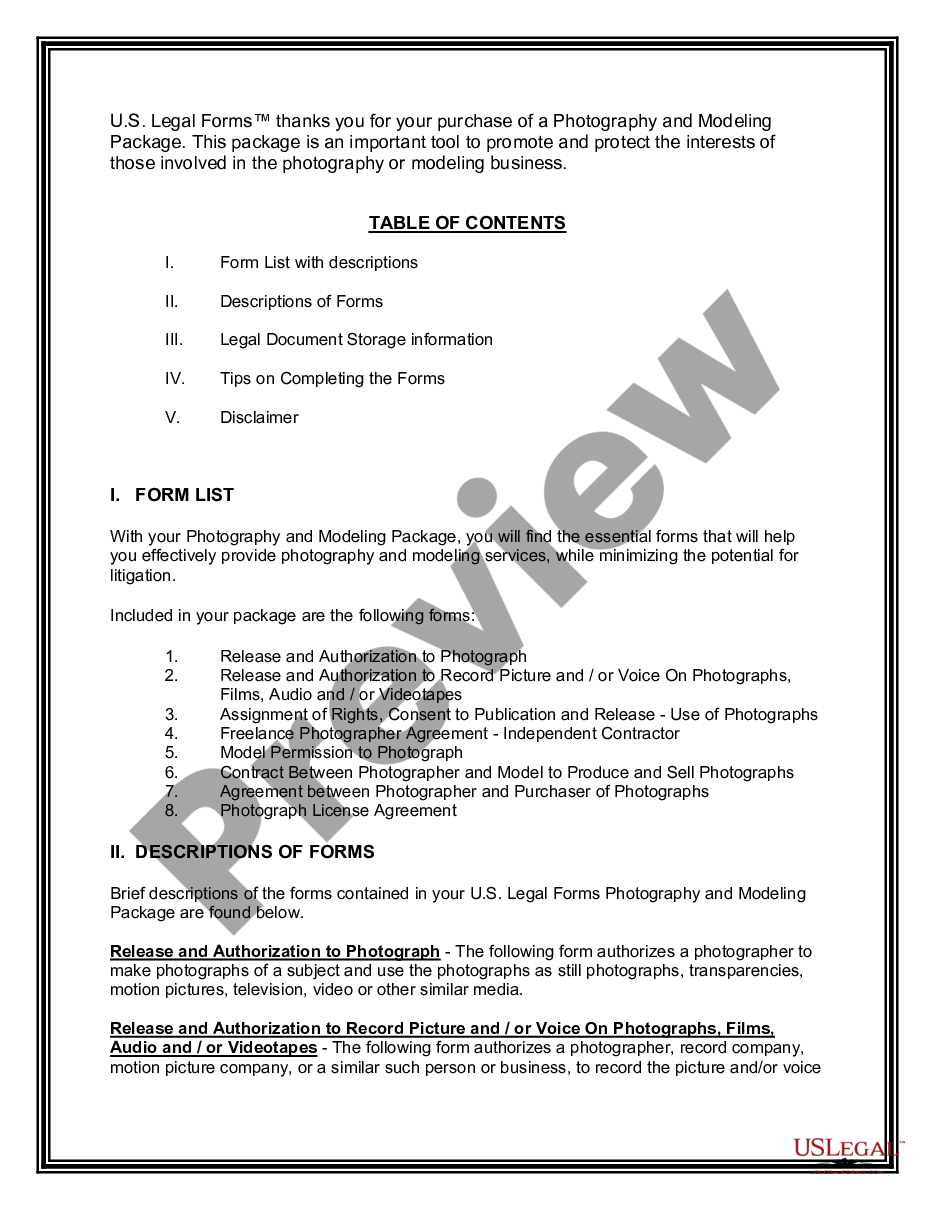 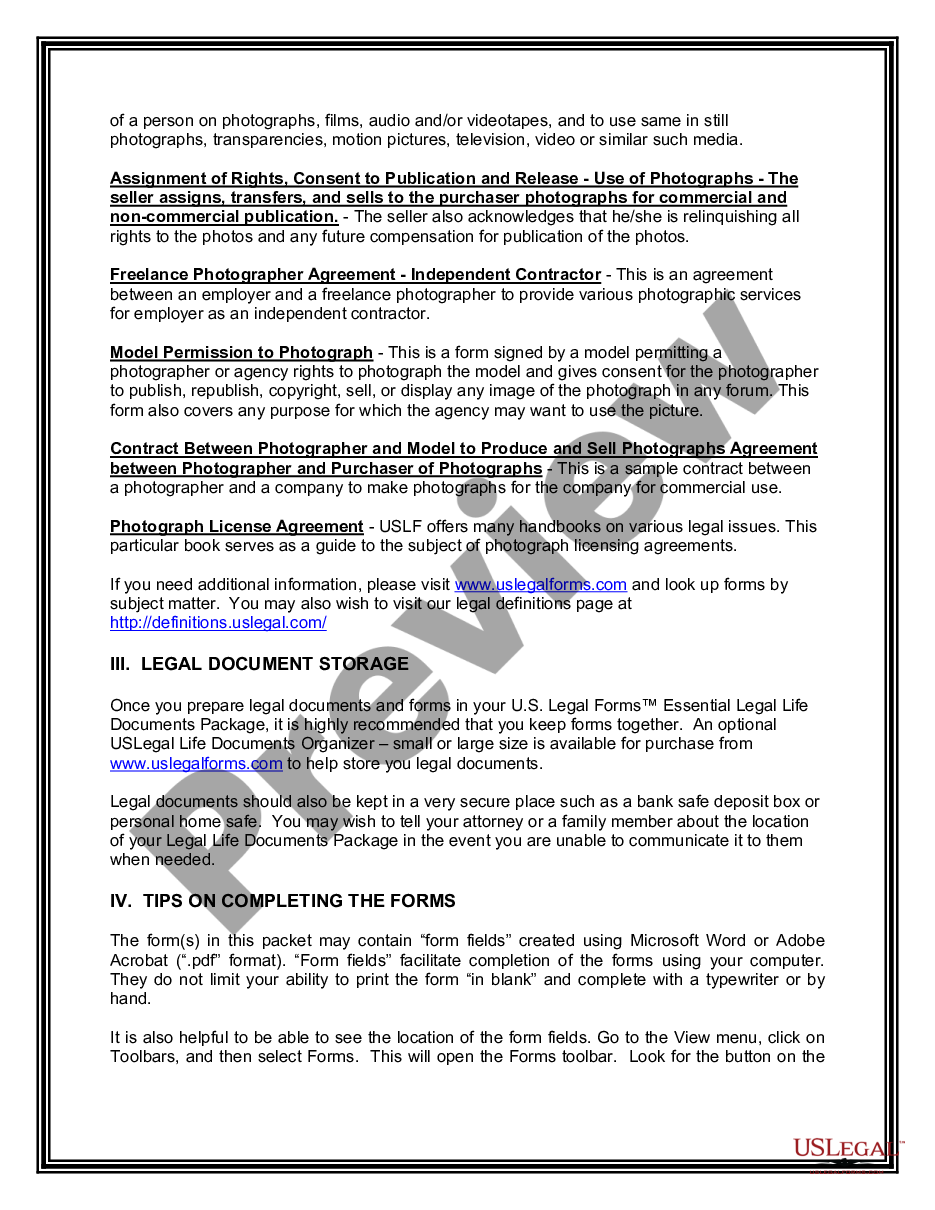 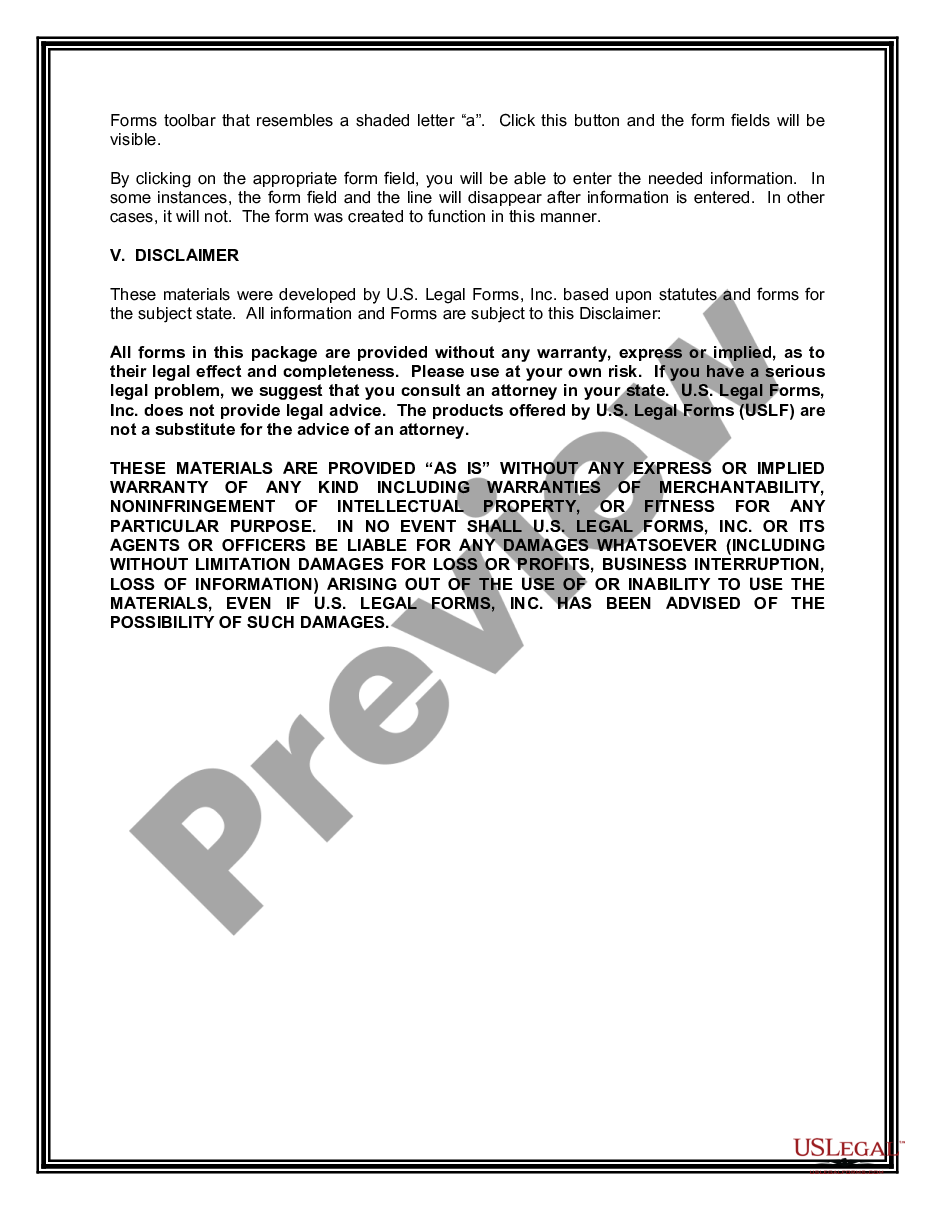 This package is an important tool to promote and protect the interests of those involved in the photography or modeling business. Forms included cover a wide variety of issues, such as contracts for production and sale of photographic works, releases, assignments, and more. Purchase of this package is a savings of more than 50% over purchase of the forms individually!

The following forms are included:

Release and Authorization to Photograph - The following form authorizes a photographer to make photographs of a subject and use the photographs as still photographs, transparencies, motion pictures, television, video or other similar media.

Assignment of Rights, Consent to Publication and Release - Use of Photographs - The seller assigns, transfers, and sells to the purchaser photographs for commercial and non-commercial publication. The seller also acknowledges that he/she is relinquishing all rights to the photos and any future compensation for publication of the photos.

Freelance Photographer Agreement - Independent Contractor - This is an agreement between an employer and a freelance photographer to provide various photographic services for employer as an independent contractor.

Model Permission to Photograph - This is a form signed by a model permitting a photographer or agency rights to photograph the model and gives consent for the photographer to publish, republish, copyright, sell, or display any image of the photograph in any forum. This form also covers any purpose for which the agency may want to use the picture.

Photograph License Agreement - USLF offers many handbooks on various legal issues. This particular book serves as a guide to the subject of photograph licensing agreements.

How To Fill Out Photography And Modeling Package?

For full access to 85,000 legal and tax forms, users just have to sign up and select a subscription. After you are registered with an account, log in, look for a particular document template, and save it to My Forms or download it to your gadget.

To make things less difficult, we have incorporated an 8-step how-to guide for finding and downloading Photography and Modeling Package quickly:

Once the Photography and Modeling Package is downloaded you can complete, print and sign it in almost any editor or by hand. Get professionally drafted state-relevant files within a matter of seconds in a preferable format with US Legal Forms!

All forms provided by US Legal Forms, the nations leading legal forms publisher. When you need Modeling Form Template, don't accept anything less than the USlegal™ brand. "The Forms Professionals Trust ™

A model release, known in similar contexts as a liability waiver, is a legal release typically signed by the subject of a photograph granting permission to publish the photograph in one form or another.A model release is needed for publication where personality rights or privacy rights would otherwise be infringed.

How much should a photographer pay a model?

How do I write a modeling profile?

Start marketing yourself You also need to start using social media Instagram, Twitter, Facebook to get spotted. Also, create your profile on websites such as Model Mayhem, Fashion Model Directory, One Model Place these can also get you the right exposure.

A model release form is a standard legal document between the model and the photographer.If the model is a minor (under the age of 18 in most states), then the release form must be signed by a parent or guardian for it to be valid.

How do I fill out a model release form?

Your name and business name. Your business address. A release of all claims against your company. Whether you want to release claims from other companies that buy, use, or obtain the licenses for your photos.

What should be included in a modeling bio?

Have a portfolio and put it on your photo model resume. A portfolio is how agencies decide if they want to use you. Put your best achievements in your model bio. Your experience and education matter. Write a cover letter for your modeling resume.

How do I fill my Shutterstock model release?

How do you attach a model release to content? To upload a model release with your content, attach a JPEG release no more than 20 MB in size using the + button next to Releases on the Submit Content page. Model releases must be designated as a Model Release (not a Property Release) when uploading.

What is a model release form UK?

A model release form offers written permission for the photographer to use images taken during a photoshoot, for commercial purposes. If the model is under 18 years of age then the form must be signed by a parent or legal guardian. Child models need their parents consent to take part in any kind of modelling.

What should be included in a photography package?

Number of Events to be Photographed. Number of Photographers Shooting the Wedding. Number of Hours for the Shoot. Number of Prints and Soft Copies to be Delivered. Traveling and Accommodation for Destination Wedding.