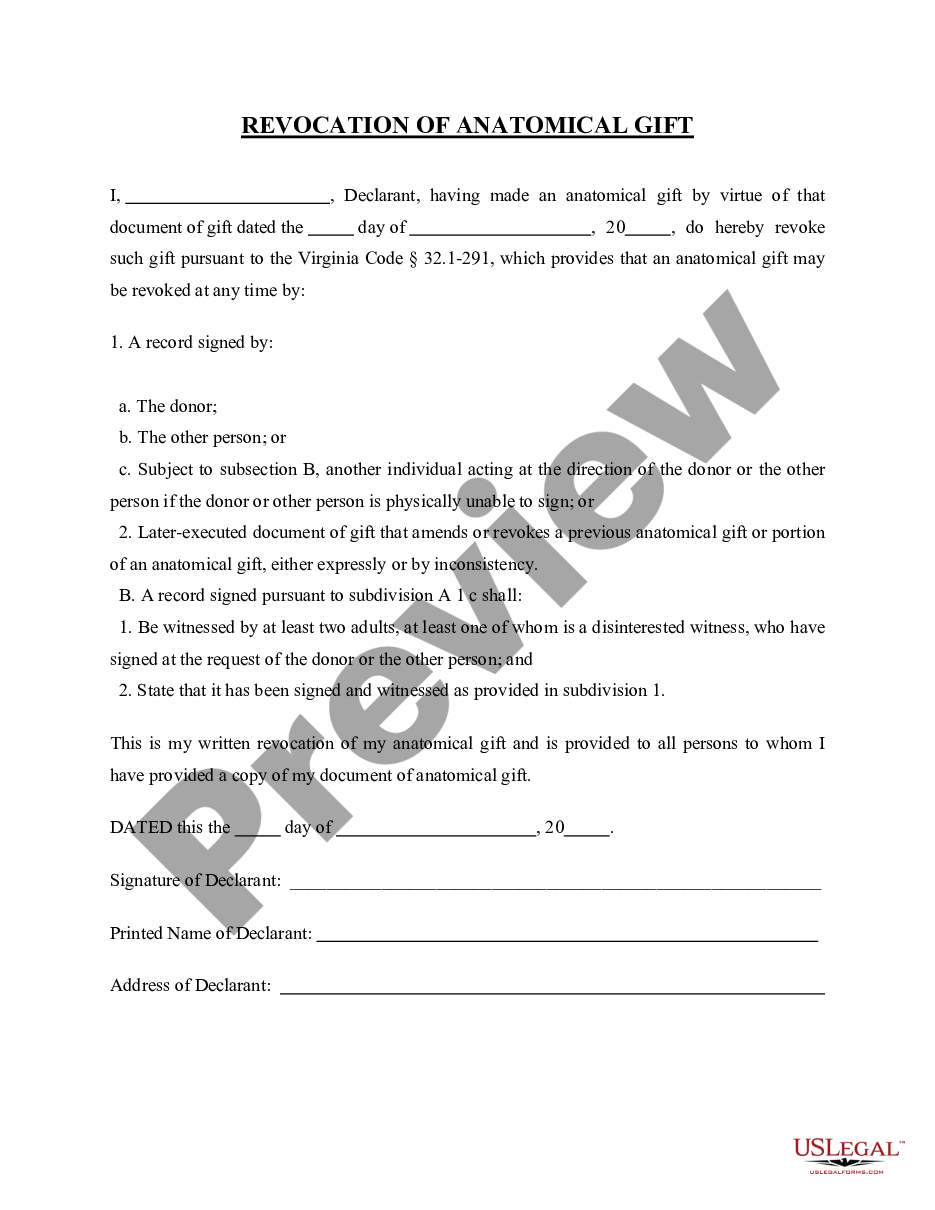 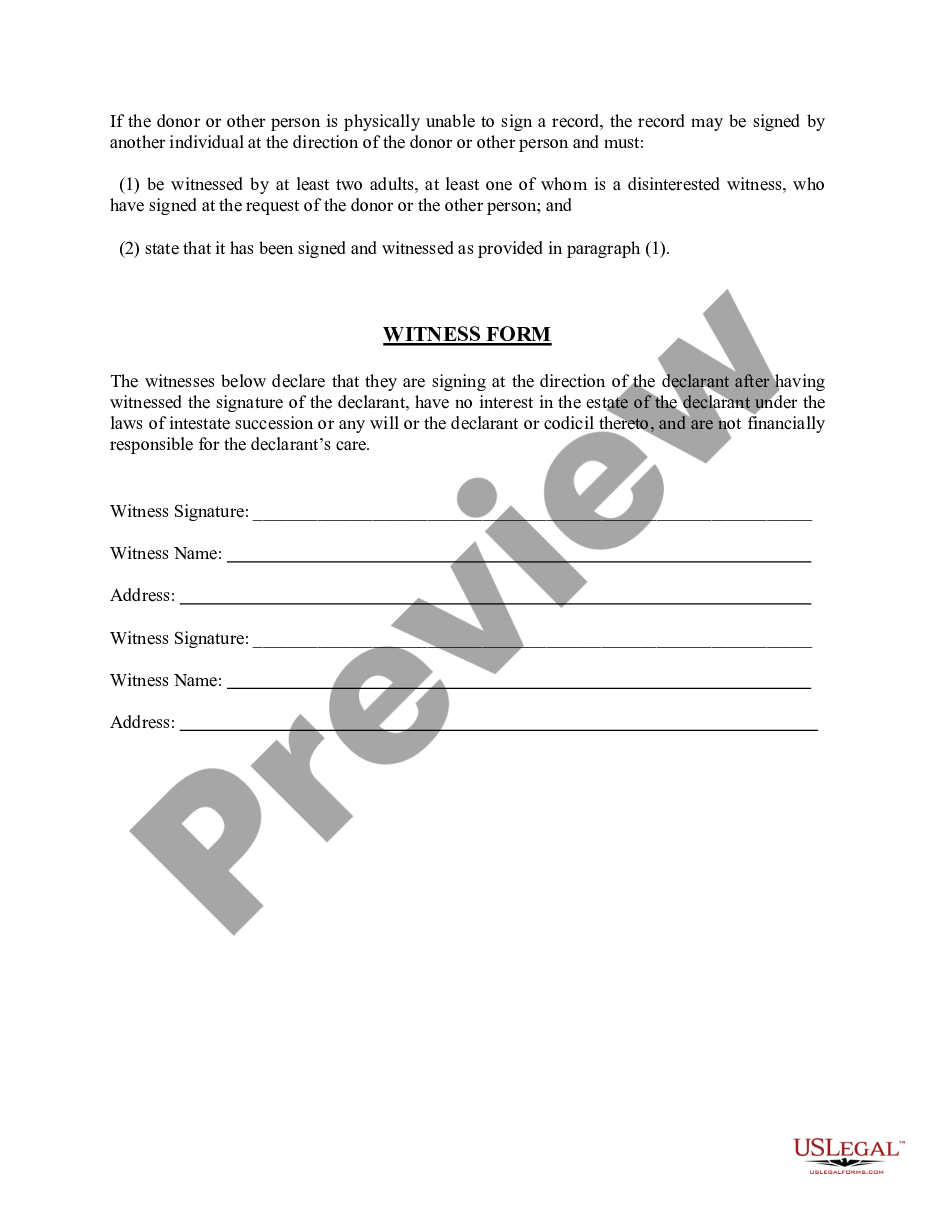 This is a revocation of the anatomical gift(s) made in Forms VA-P025 and VA-P025A that designate the body parts and organs an individual wishes to donate at the time of death. A donor may amend or revoke an anatomical gift or donor document, not made by will, by a signed statement, an oral statement made in the presence of two individuals, any form of communication during a terminal illness or injury, the delivery of a signed statement to a specified donee to whom a document of gift has been delivered, or compliance with the relevant law, e.g., the Uniform Donor Document or the Health Care Decisions Act. Specific reference is made to the earlier executed Anatomical Gift Donation.

How To Fill Out Virginia Revocation Of Anatomical Gift Donation?

Looking for a Virginia Revocation of Anatomical Gift Donation online might be stressful. All too often, you see files that you just think are alright to use, but discover later they’re not. US Legal Forms offers more than 85,000 state-specific legal and tax forms drafted by professional legal professionals according to state requirements. Get any form you’re looking for quickly, hassle free.

If you already have the US Legal Forms subscription, just log in and download the sample. It will automatically be added in to your My Forms section. If you do not have an account, you should sign up and pick a subscription plan first.

Get access to 85,000 legal templates straight from our US Legal Forms library. Besides professionally drafted templates, users are also supported with step-by-step instructions regarding how to find, download, and fill out templates.

ALL REFERENCES ARE TO THE REVISED CODE OF VIRGINIA

An anatomical gift that is not revoked by the donor before death is irrevocable and does not require the consent or concurrence of any person after the donor's death.

Revocation or Amendment of Anatomical Gift

A donor may amend or revoke an anatomical gift or donor document, not made by will, by

Consent to Anatomical Gifts by Agents or Others

Any member of the following classes of persons, in the order of priority listed, may make an anatomical gift of all or a part of the decedent's body for an authorized purpose, unless the decedent, at the time of death, has made an unrevoked refusal to make that anatomical gift:

An adult may be appointed by a person to make an anatomical gift of all or any part of the declarant's body. Such an agent may be appointed in a will or in an advance directive executed in compliance with the Health Care Decisions Act (§ 54.1-2981 et seq.).

An anatomical gift by a person or by an appointed agent must be made by a document of gift signed by the person, or the person's telegraphic, recorded telephonic, or other recorded message, or other form of communication from the person that is contemporaneously reduced to writing and signed by the recipient.