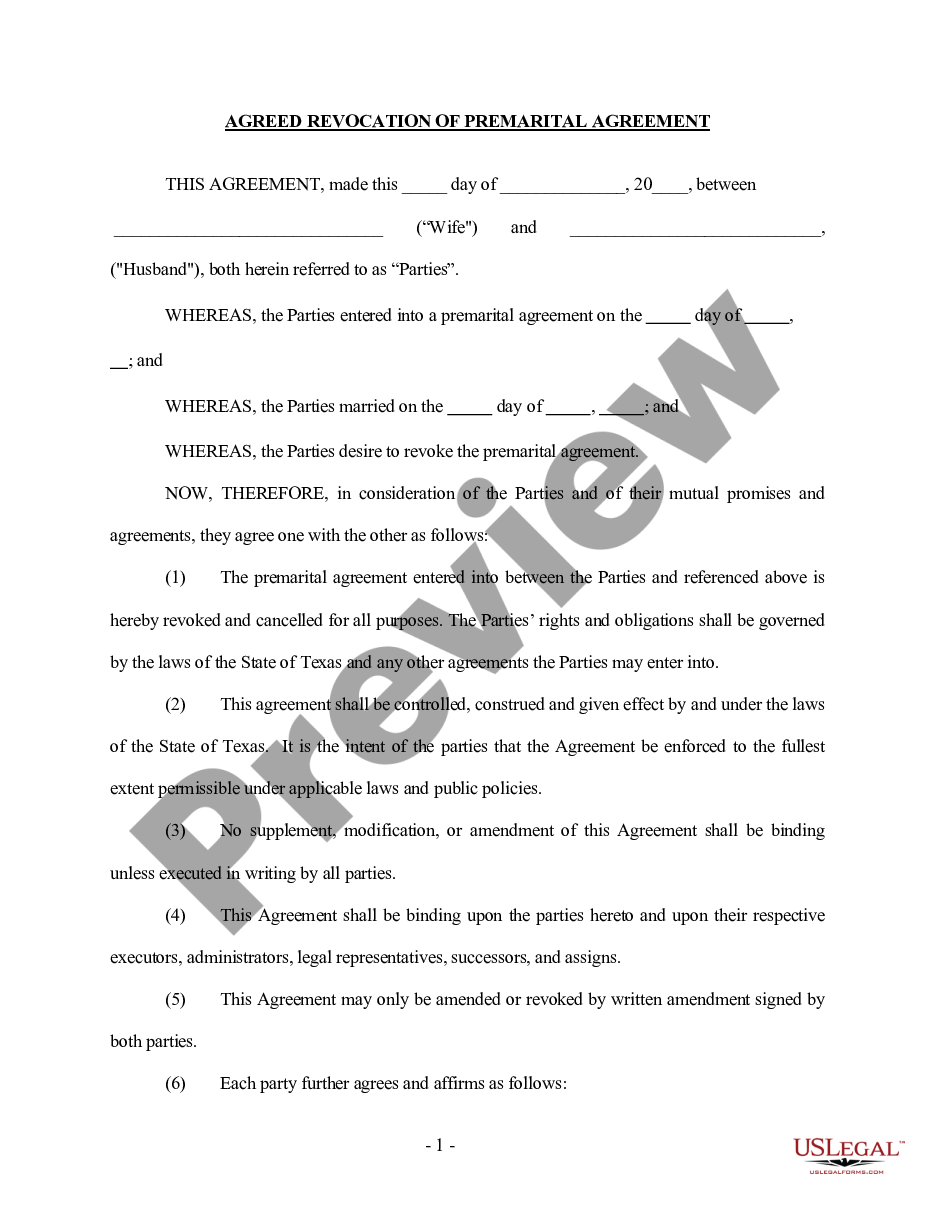 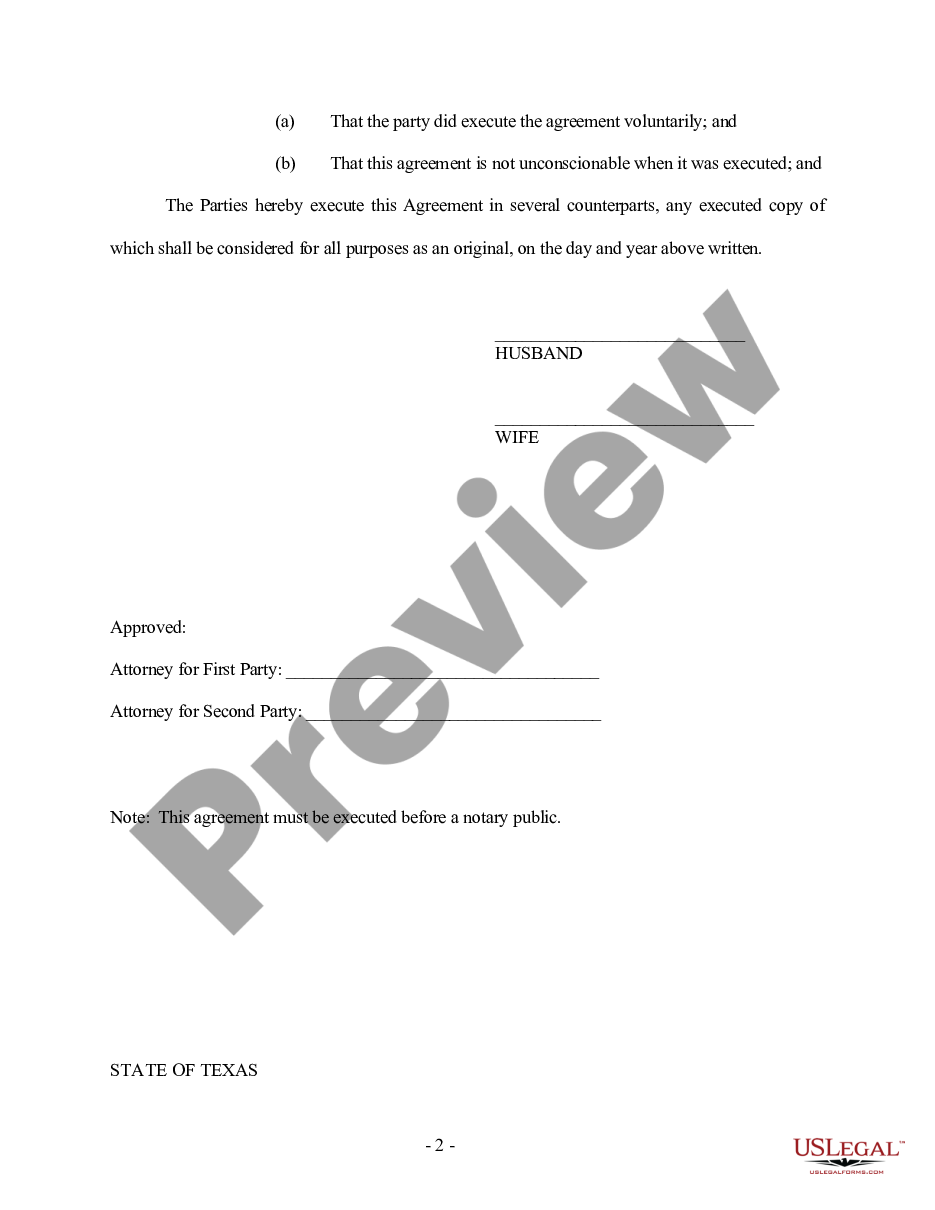 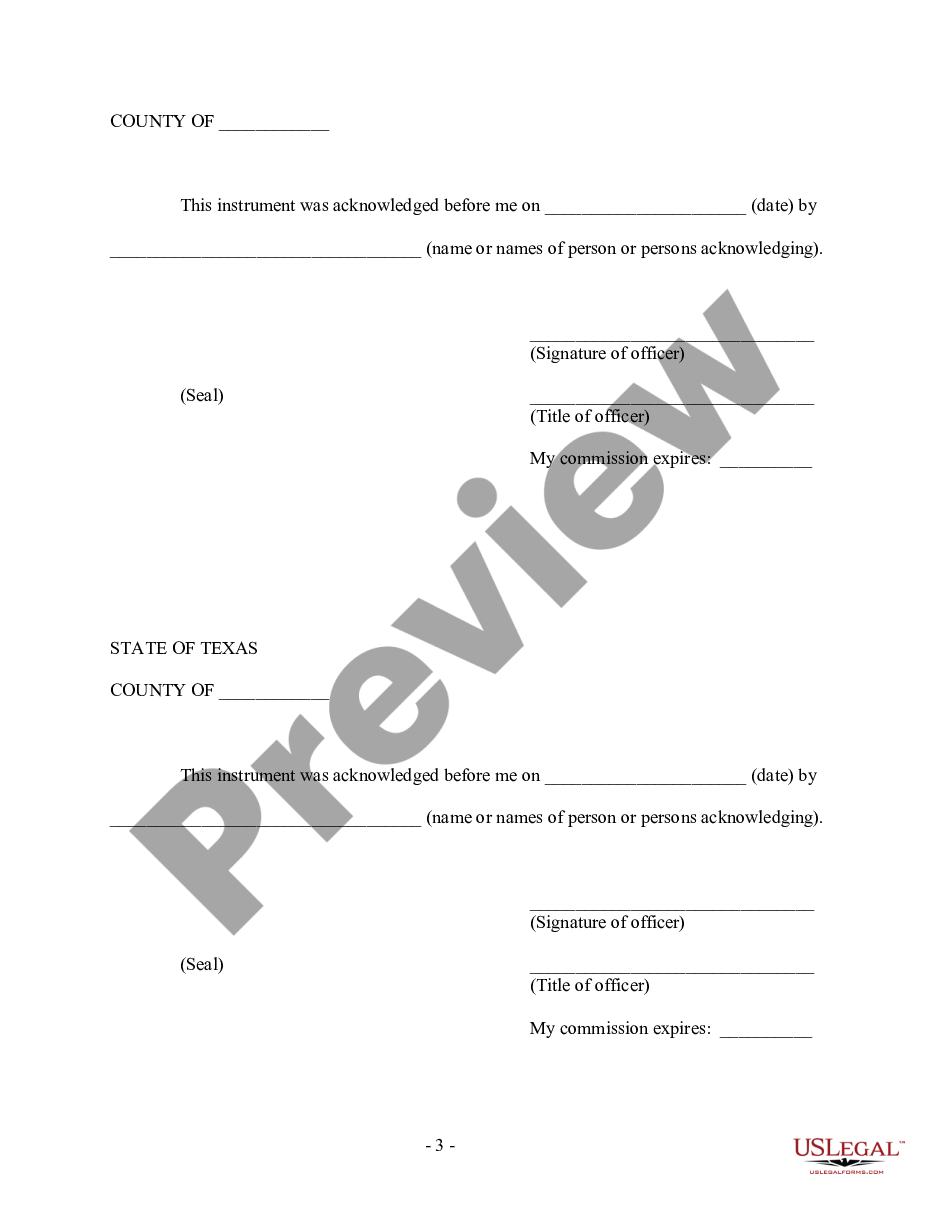 How To Fill Out Texas Revocation Of Premarital Or Prenuptial Agreement?

Get access to quality Texas Revocation of Premarital or Prenuptial Agreement samples online with US Legal Forms. Prevent days of wasted time looking the internet and dropped money on files that aren’t updated. US Legal Forms provides you with a solution to exactly that. Get above 85,000 state-specific legal and tax forms that you can download and complete in clicks within the Forms library.

For people who don’t have a subscription yet, take a look at our how-guide listed below to make getting started easier:

You can now open up the Texas Revocation of Premarital or Prenuptial Agreement template and fill it out online or print it and get it done by hand. Consider mailing the document to your legal counsel to make certain everything is filled out correctly. If you make a error, print and complete sample again (once you’ve created an account all documents you save is reusable). Make your US Legal Forms account now and get access to more templates.

All forms provided by US Legal Forms, the nations leading legal forms publisher. When you need Texas Revocation Document, don't accept anything less than the USlegal™ brand. "The Forms Professionals Trust ™

How do you fight a prenuptial agreement?

The agreement was signed under fraud or duress; The agreement is unconscionable; The circumstances of the parties have changed, making the agreement unenforceable at this time.

Can a prenup be challenged?

Turning to the execution of the agreement itself, a spouse can challenge the validity of a prenuptial agreement if he/she can prove the agreement was not entered into voluntary or with sufficient disclosure. Evidence of coercion, fraud, duress, or the incapacity of a spouse can all serve to invalidate the contract.

What nullifies a prenup?

When can a prenuptial agreement be overturned?

Is a prenup void after 10 years?

Prenuptial agreements do not expire, unless they have a specific clause in them stating the agreement expires after a certain length of marriage (very uncommon).

How do I revoke a prenup?

If, for whatever reason, you and your spouse decide to cancel your prenuptial agreement, you can use a document called a Release of Marital Agreement. This document will be signed by both parties and is usually notarized by a public notary.

How can a prenup be voided?

Definitions: In this subchapter:

(1) "Premarital agreement" means an agreement between prospective spouses made in contemplation of marriage and to be effective on marriage.

(a) The parties to a premarital agreement may contract with respect to:

(3) the disposition of property on separation, marital dissolution, death, or the occurrence or nonoccurrence of any other event;

(4) the modification or elimination of spousal support;

(5) the making of a will, trust, or other arrangement to carry out the provisions of the agreement;

(6) the ownership rights in and disposition of the death benefit from a life insurance policy;

(7) the choice of law governing the construction of the agreement; and

(8) any other matter, including their personal rights and obligations, not in violation of public policy or a statute imposing a criminal penalty.

After marriage, a premarital agreement may be amended or revoked only by a written agreement signed by the parties. The amended agreement or the revocation is enforceable without consideration. 4.005 FAM.

(a) A premarital agreement is not enforceable if the party against whom enforcement is requested proves that:

(1) the party did not sign the agreement voluntarily; or

(A) was not provided a fair and reasonable disclosure of the property or financial obligations of the other party;

(B) did not voluntarily and expressly waive, in writing, any right to disclosure of the property or financial obligations of the other party beyond the disclosure provided; and

(C) did not have, or reasonably could not have had, adequate knowledge of the property or financial obligations of the other party.

(b) An issue of unconscionability of a premarital agreement shall be decided by the court as a matter of law.

If a marriage is determined to be void, an agreement that would otherwise have been a premarital agreement is enforceable only to the extent necessary to avoid an inequitable result.Â§ 4.007 FAM.

A statute of limitations applicable to an action asserting a claim for relief under a premarital agreement is tolled during the marriage of the parties to the agreement. However, equitable defenses limiting the time for enforcement, including laches and estoppel, are available to either party.4.008 FAM.

This subchapter shall be applied and construed to effect its general purpose to make uniform the law with respect to the subject of this subchapter among states enacting these provisions. 4.009 FAM.

This subchapter may be cited as the Uniform Premarital Agreement Act. 4.010 FAM.