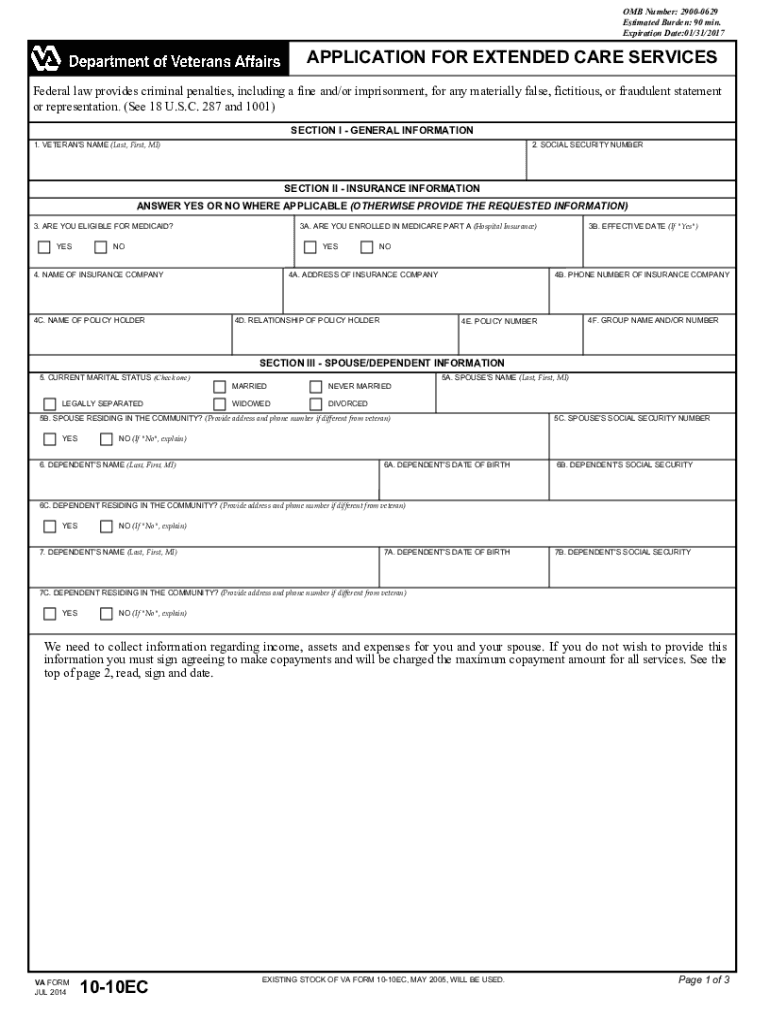 Le your claim (or at a later date when you become eligible for benefits) (38 U.S.C. 103(c)). Additional guidance on when VA recognizes marriages is available at http://www.va.gov/opa/marriage/. Section IV - Fixed Assets. Do not report fixed assets if the veteran is receiving only non-institutional extended care services. Fixed assets means real property. Exclude burial plots. Do not report the value of the primary residence and one vehicle if the spouse or dependent is residing in the communit.

How to fill out and sign form extended care online?

Finding a legal specialist, making an appointment and going to the workplace for a personal conference makes finishing a VA 10-10EC from beginning to end tiring. US Legal Forms helps you to rapidly make legally-compliant papers based on pre-built browser-based templates.

Execute your docs in minutes using our straightforward step-by-step instructions:

Rapidly create a VA 10-10EC without having to involve experts. We already have over 3 million users making the most of our rich library of legal forms. Join us today and get access to the top library of web samples. Try it yourself!

Find out about the simplest way to submit Form on the web. Use our video to learn why going paperless is the best way to manage paperwork in 2020 and beyond.