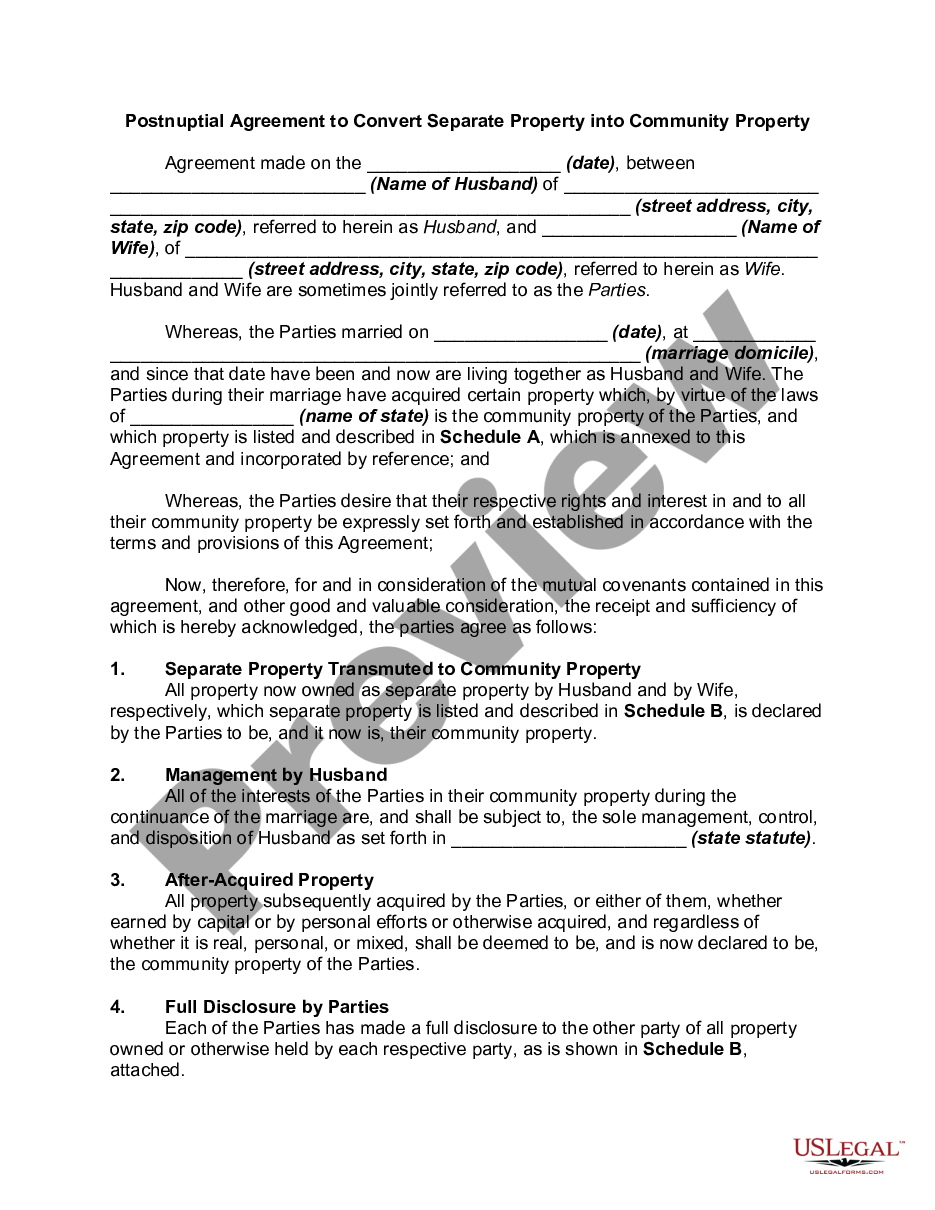 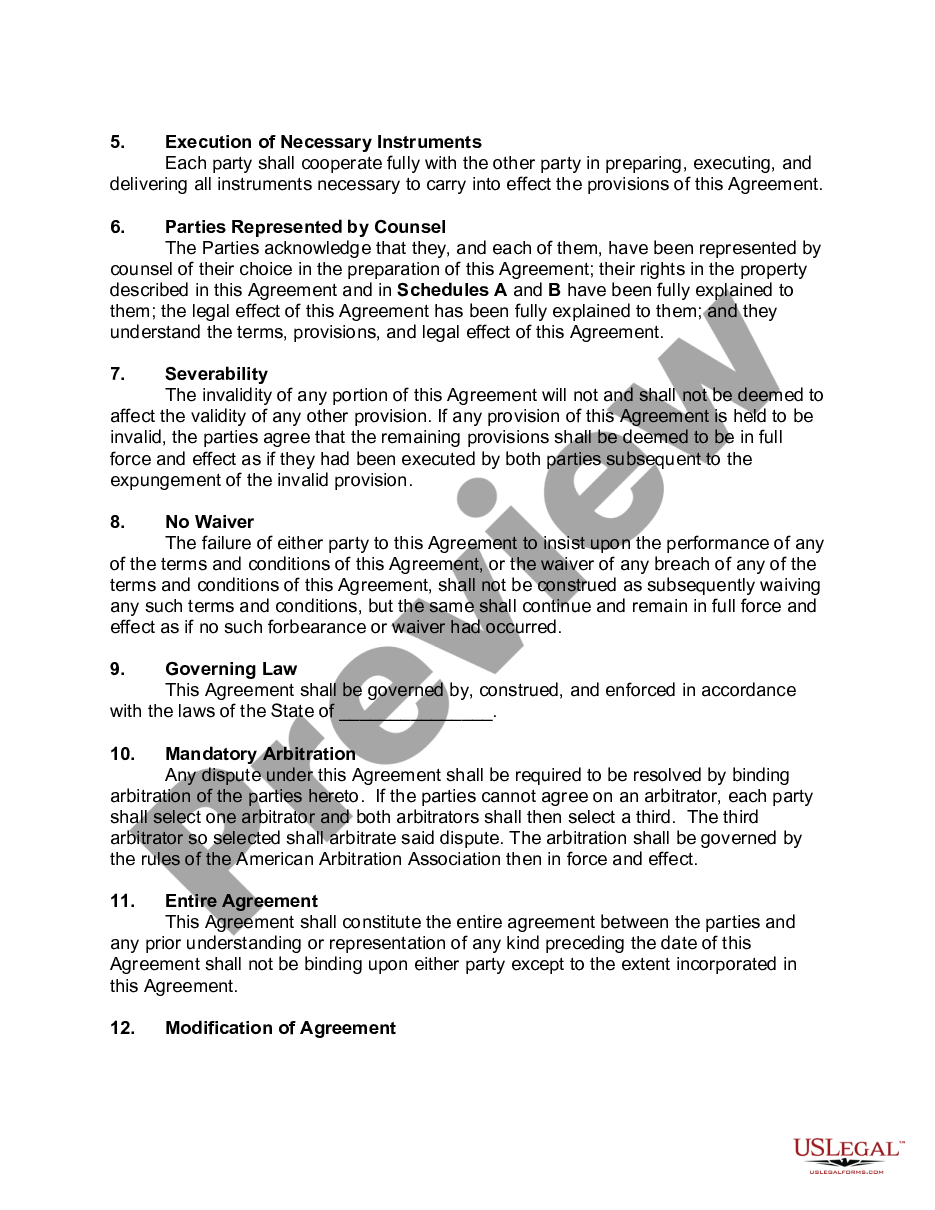 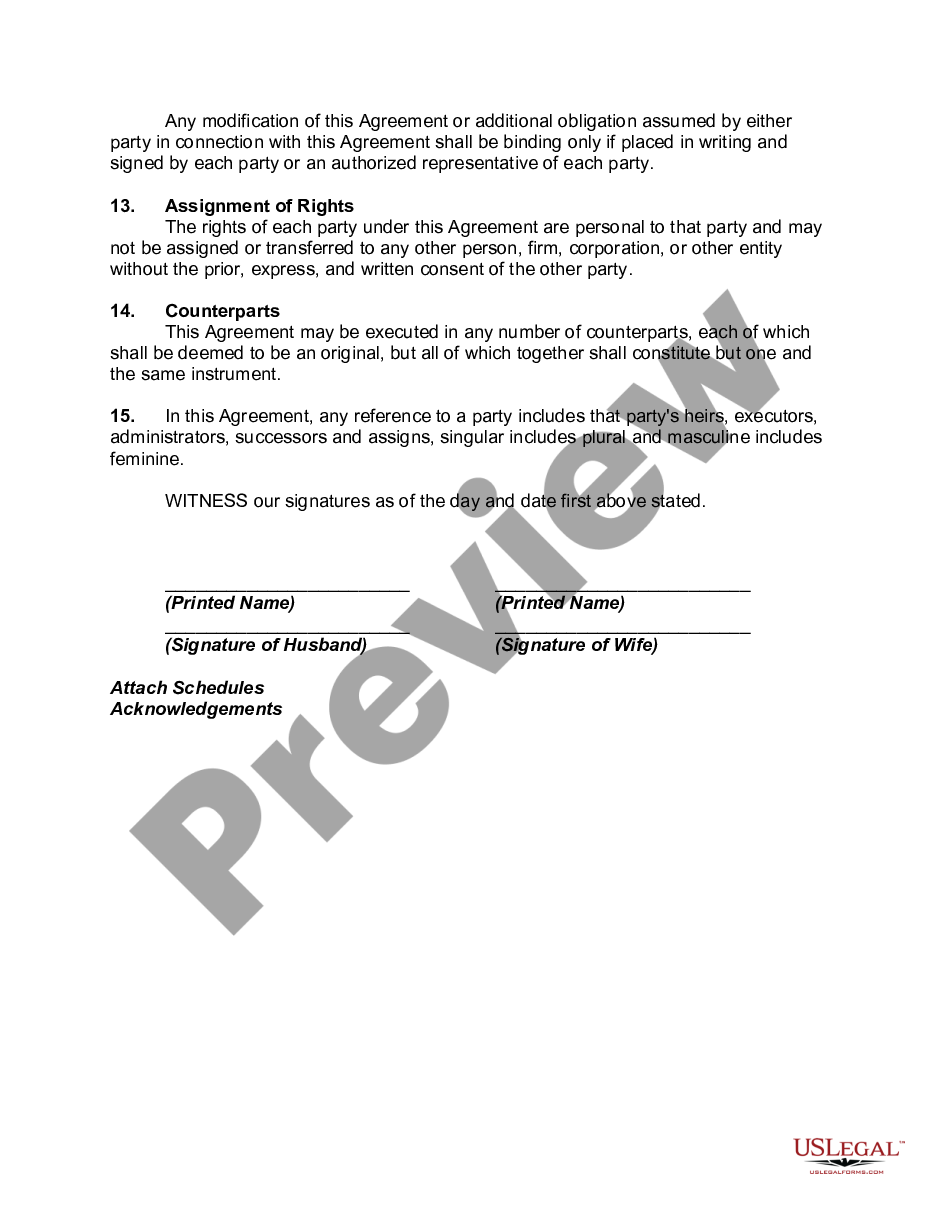 A postnuptial agreement is a written contract executed after a couple gets married to settle the couple's affairs and assets in the event of a separation or divorce. Like the contents of a prenuptial agreement, it can vary widely, but commonly includes provisions for division of property and spousal support in the event of divorce, death of one of the spouses, or breakup of marriage.

Community property refers to the system in some states (Arizona, California, Idaho, Louisiana, Nevada, New Mexico, Texas, Washington, and Wisconsin) for dividing a married couple's property in a divorce or upon the death of one spouse. In this system, everything a husband and wife acquire once they are married is owned equally (fifty-fifty) by both of them, regardless of who provided the money to purchase the asset or whose name the asset is held in, with the exception of inheritances, specific gifts to one of the spouses, and property and profits clearly traceable to property owned before marriage, all of which is separate property.

Community property recognizes the equal contribution of both parties to the marriage even though one or the other may earn more income through employment. By agreement or action the married couple can turn (transmute) separate property into community property, including by commingling community and separate funds in one account.

A community property agreement is allowed in some states to change separate property to community, or vice versa, if the spouses agree in writing. The laws may also permit a transfer of the community property at death to the surviving spouse. Laws vary by state, so local law should be consulted for specific requirements in your area.