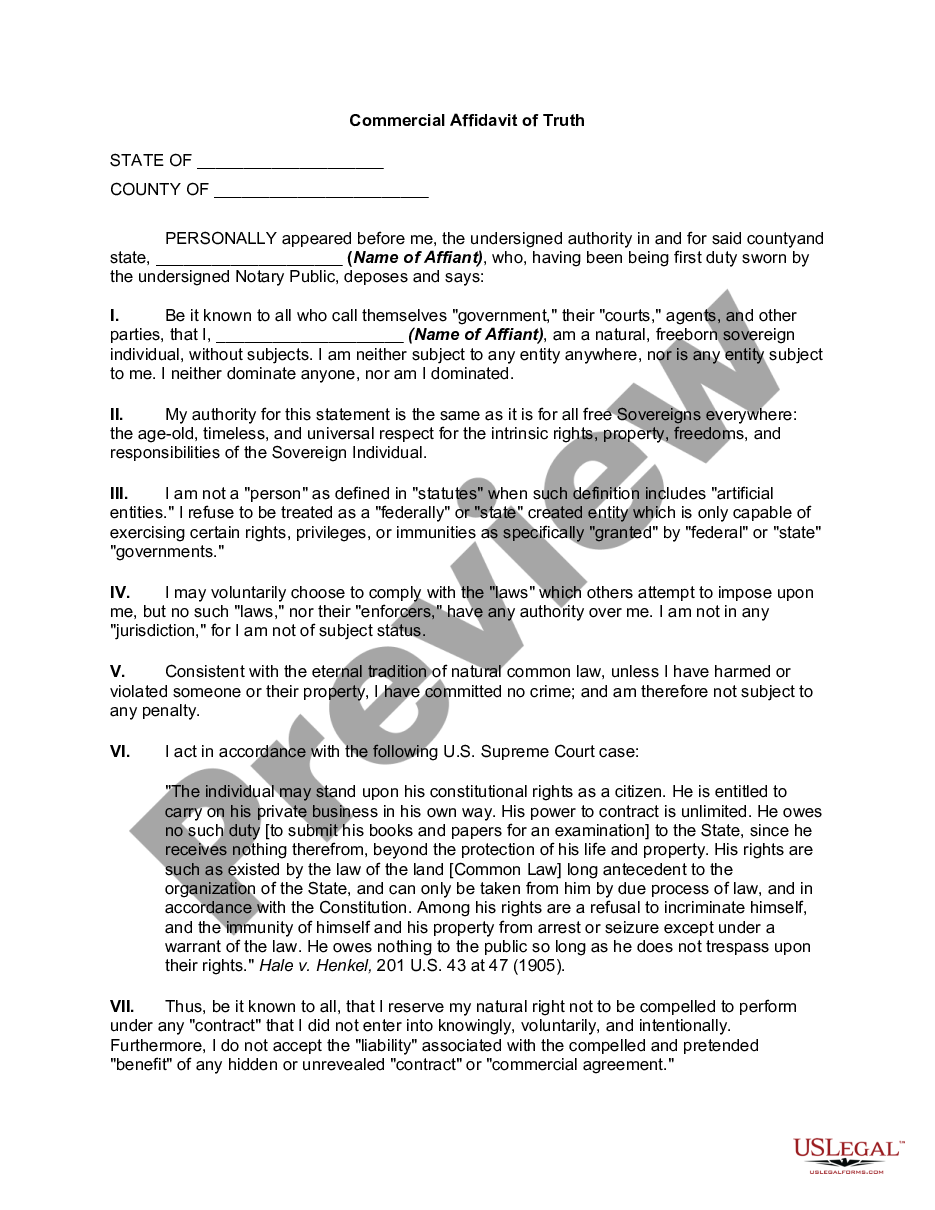 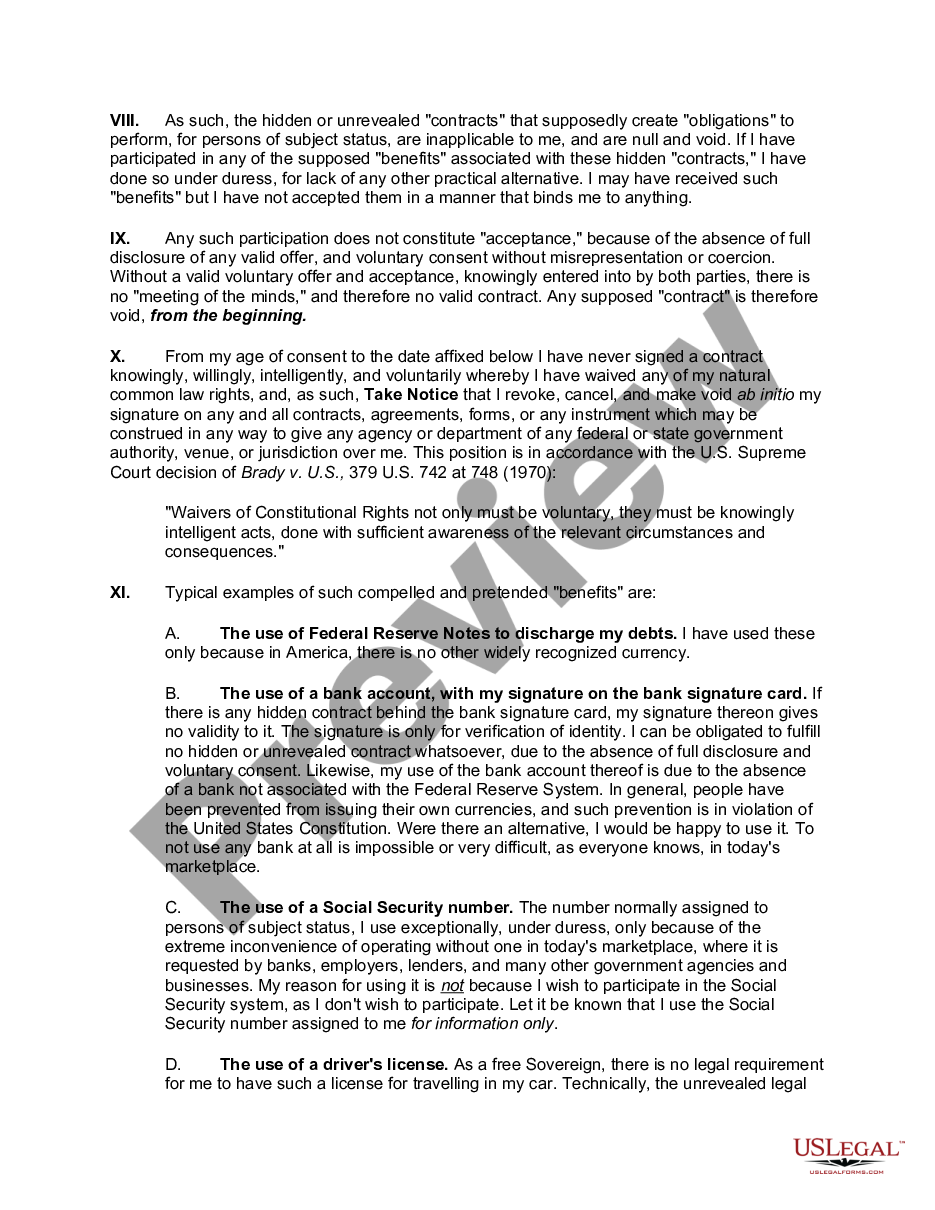 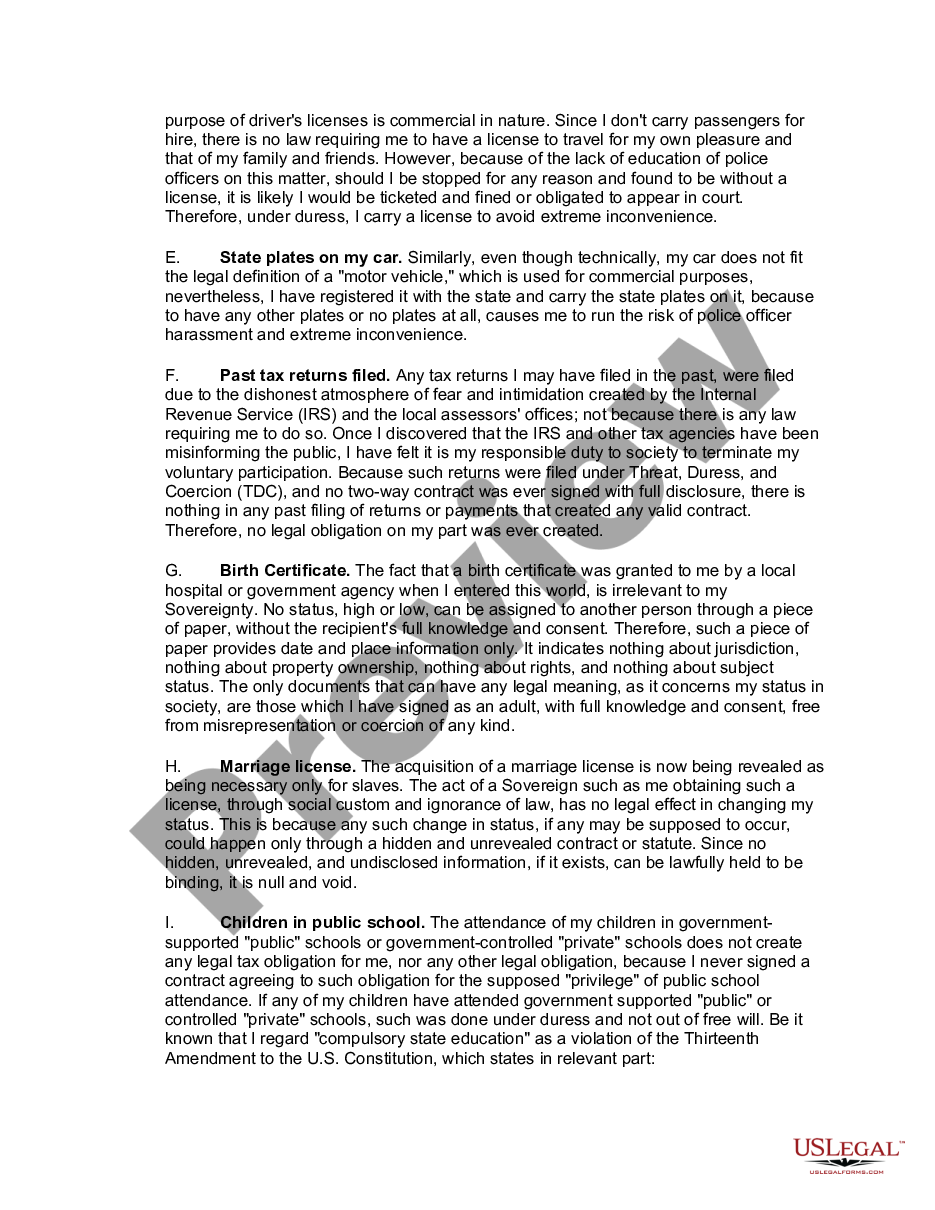 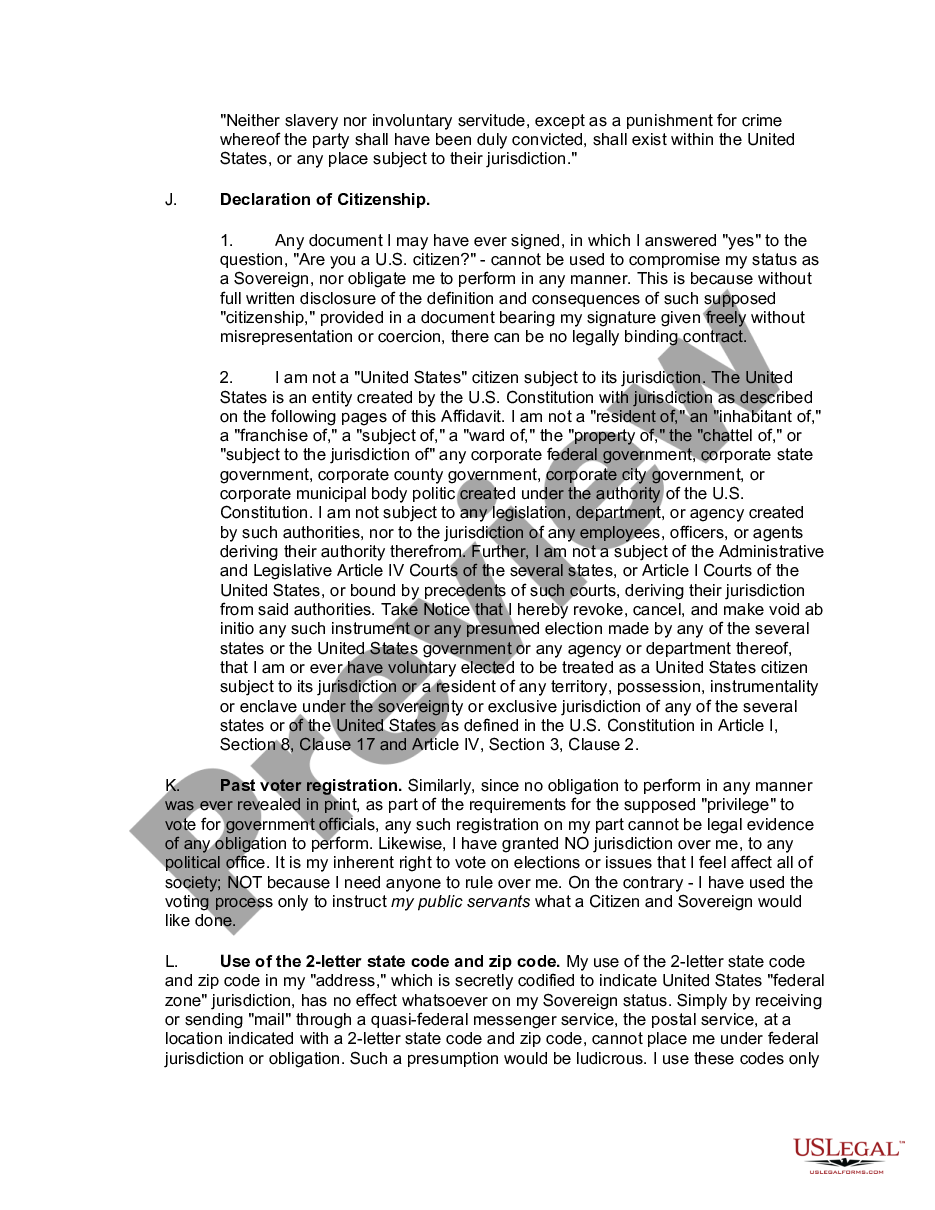 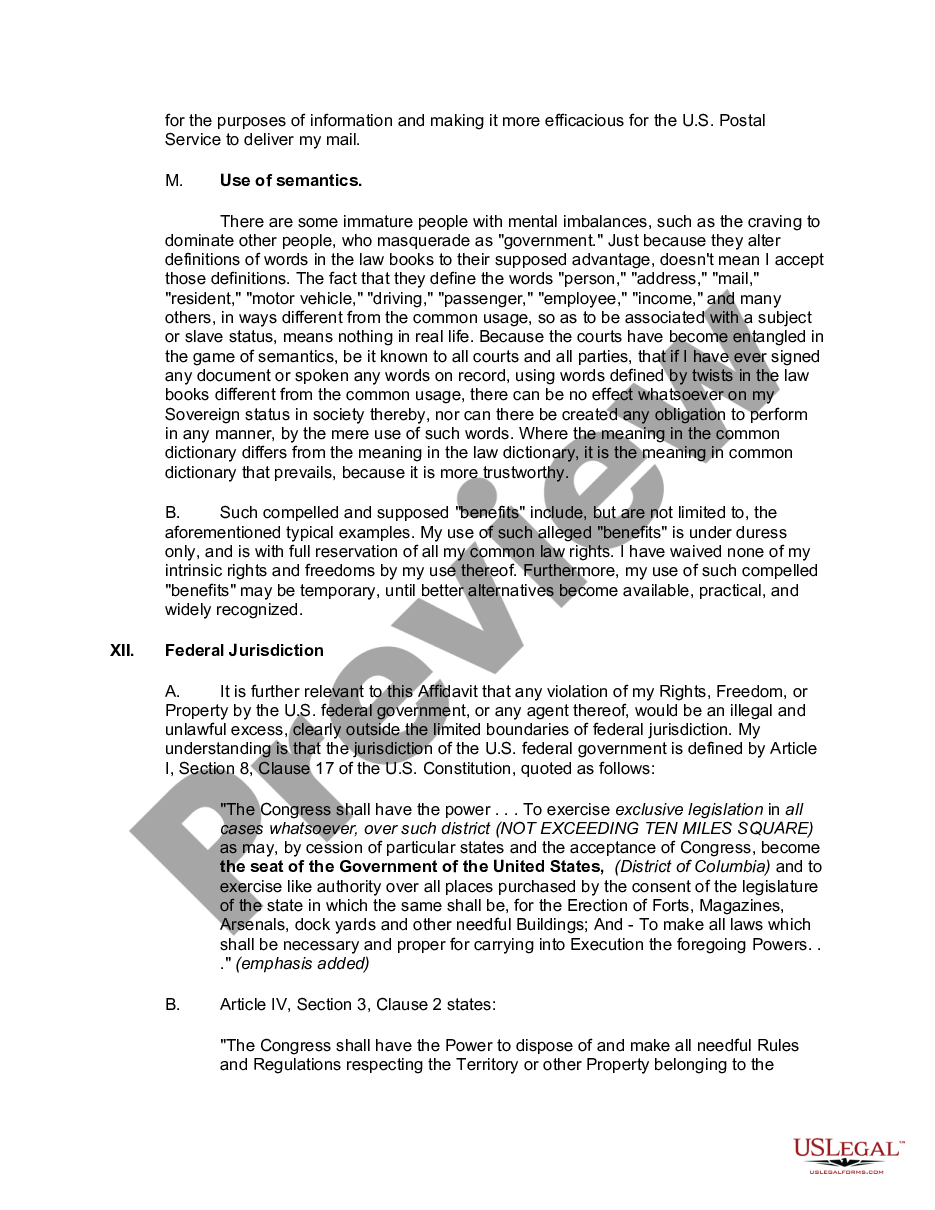 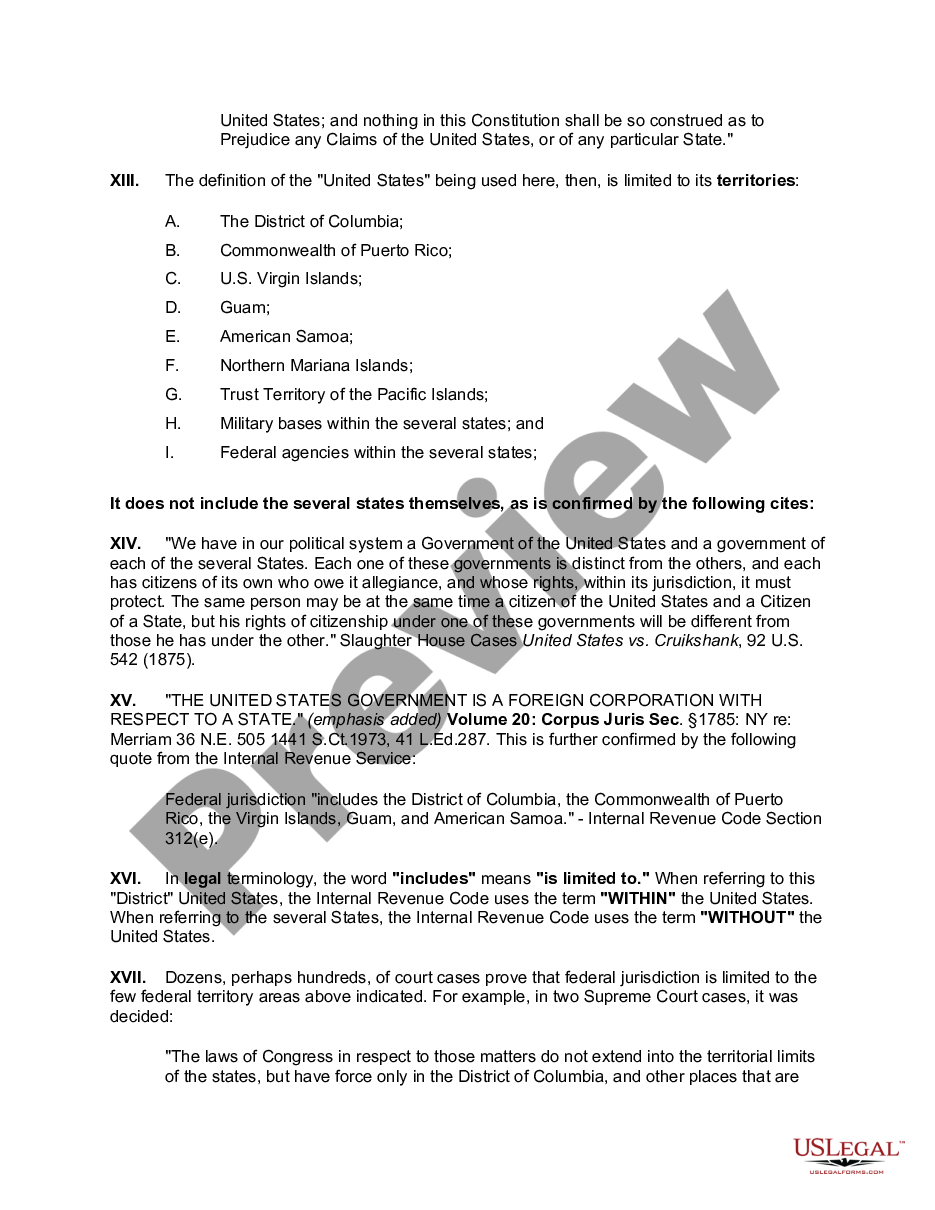 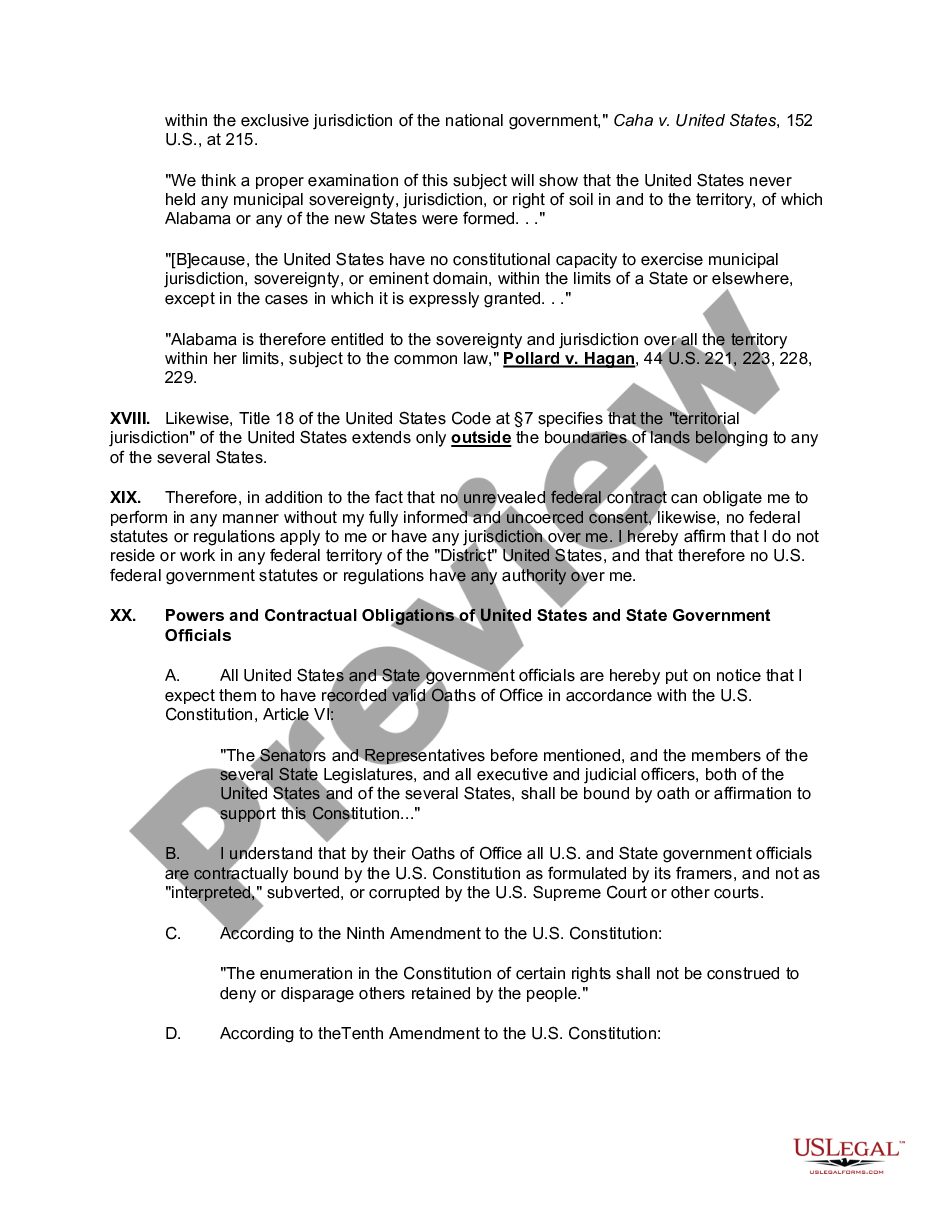 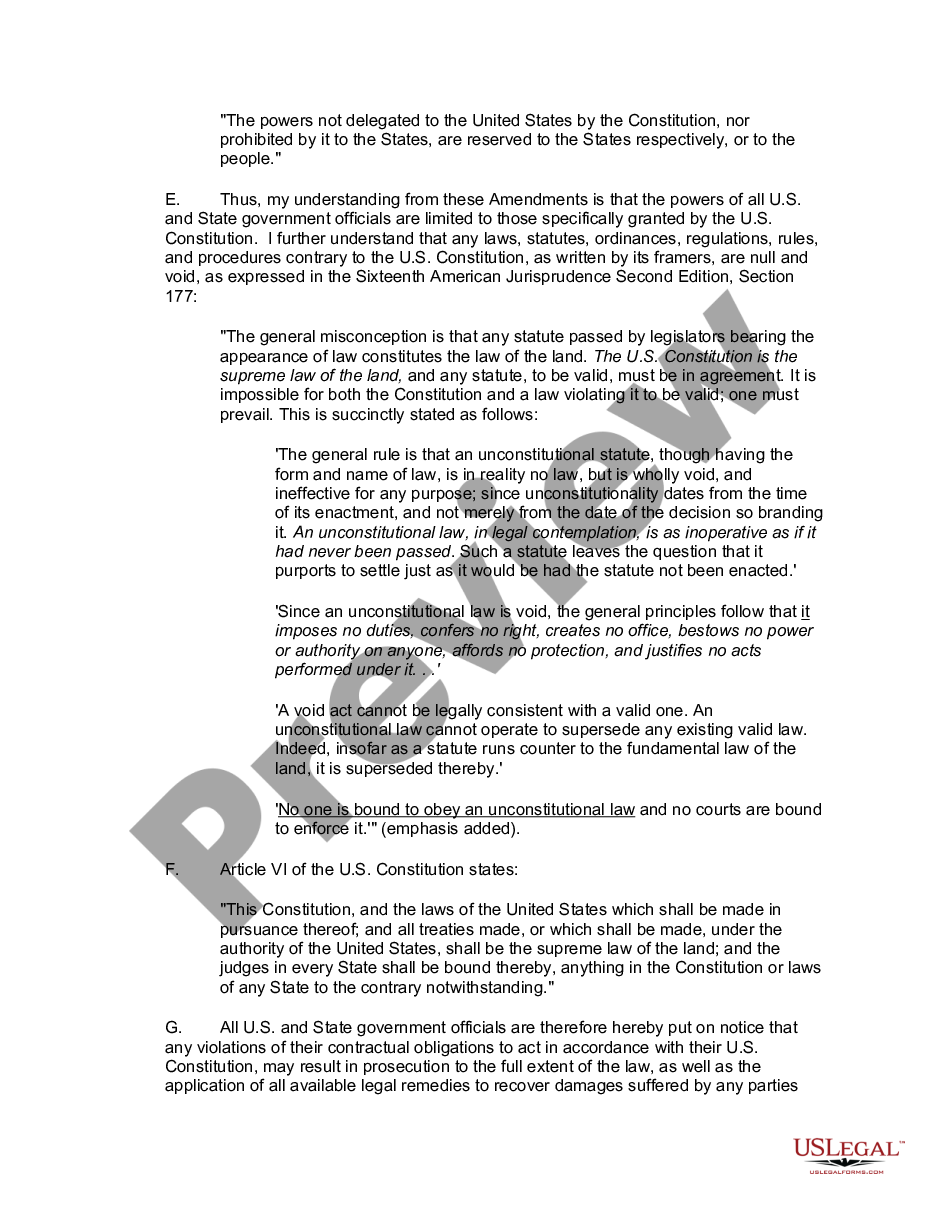 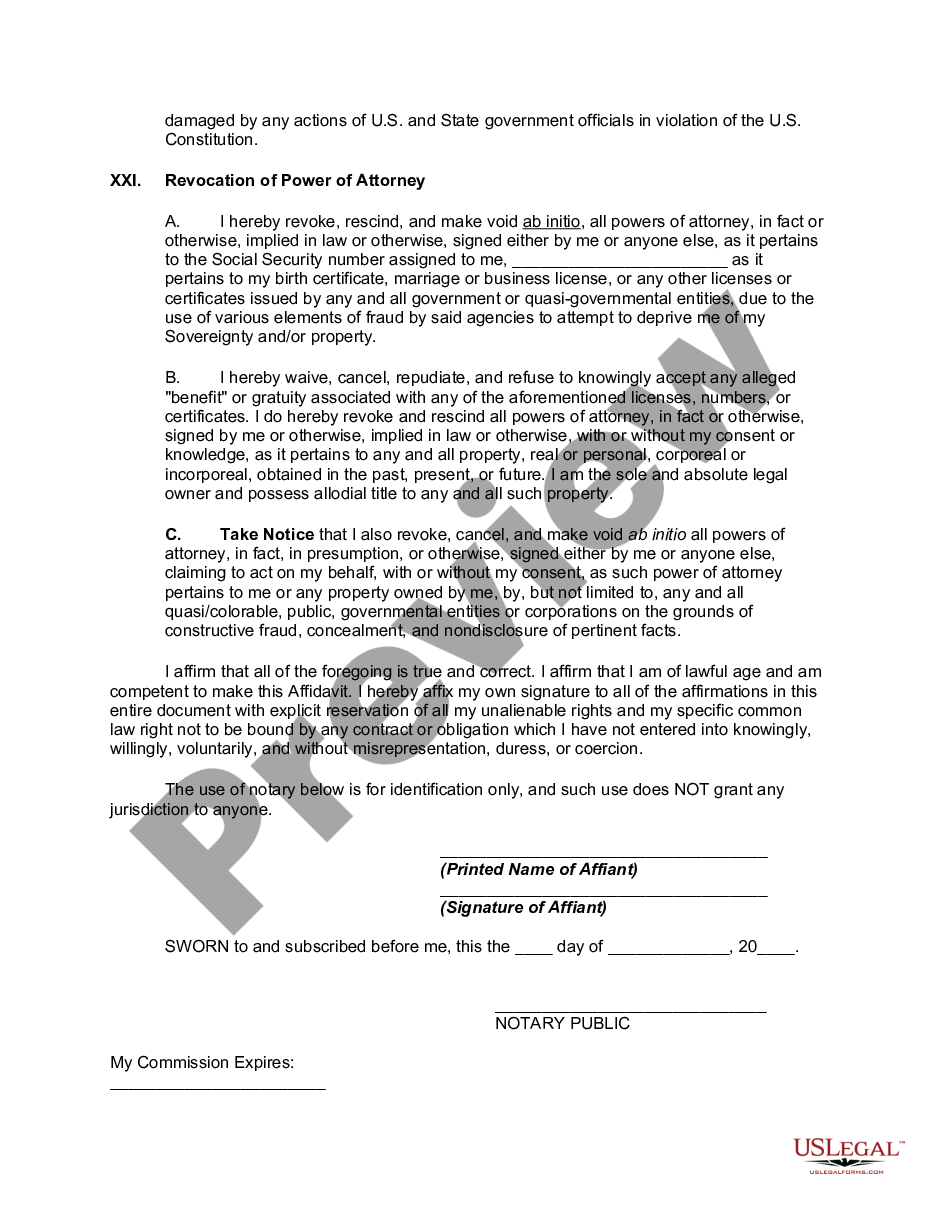 An affidavit must be in writing and be sworn to or affirmed before some legally authorized officer. Statutes of various jurisdictions ordinarily prescribe various formal requirements for the affidavits. These requirements may be just proper form or may be essential as to the legal effect of the affidavit.

The formal requirements of an affidavit usually are:

An affidavit is statement of facts which is sworn to (or affirmed) before an officer who has authority to administer an oath (e.g. a notary public). The person making the signed statement (affiant) takes an oath that the contents are, to the best of their knowledge, true. It is also signed by a notary or some other judicial officer that can administer oaths, affirming that the person signing the affidavit was under oath when doing so. These documents are valuable to presenting evidence in court when a witness is unavailable to testify in person. Affidavits may preserve the testimony of persons who are unable to appear in court due to illness, incarceration, moving out-of-state, death, etc. Judges frequently accept an affidavit instead of the testimony of the witness and are used in place of live testimony in many circumstances (for example, when a motion is filed, a supporting affidavit may be filed with it).

An affidavit generally consists of statements of fact regarding the issue at hand.

In the case of United States v. Williams, (8th Cir.2009), John Jacob Williams had convicted by a jury of conspiracy to distribute cocaine and crack, possession with intent to distribute cocaine and crack, and possession of a firearm in furtherance of a drug trafficking crime. He was sentenced to 300 months by the district court. During the trial phase, he filed such a Commercial Affidavit of Truth and a Brief. The Court stated:

"Williams appeals, asserting violations of the Speedy Trial Act and the Sixth Amendment. Williams' Brief on Title 18 and Affidavit of Truth are properly considered motions." (footnote 3).

US Legal Forms, Inc., does not endorse the use of such an Affidavit.