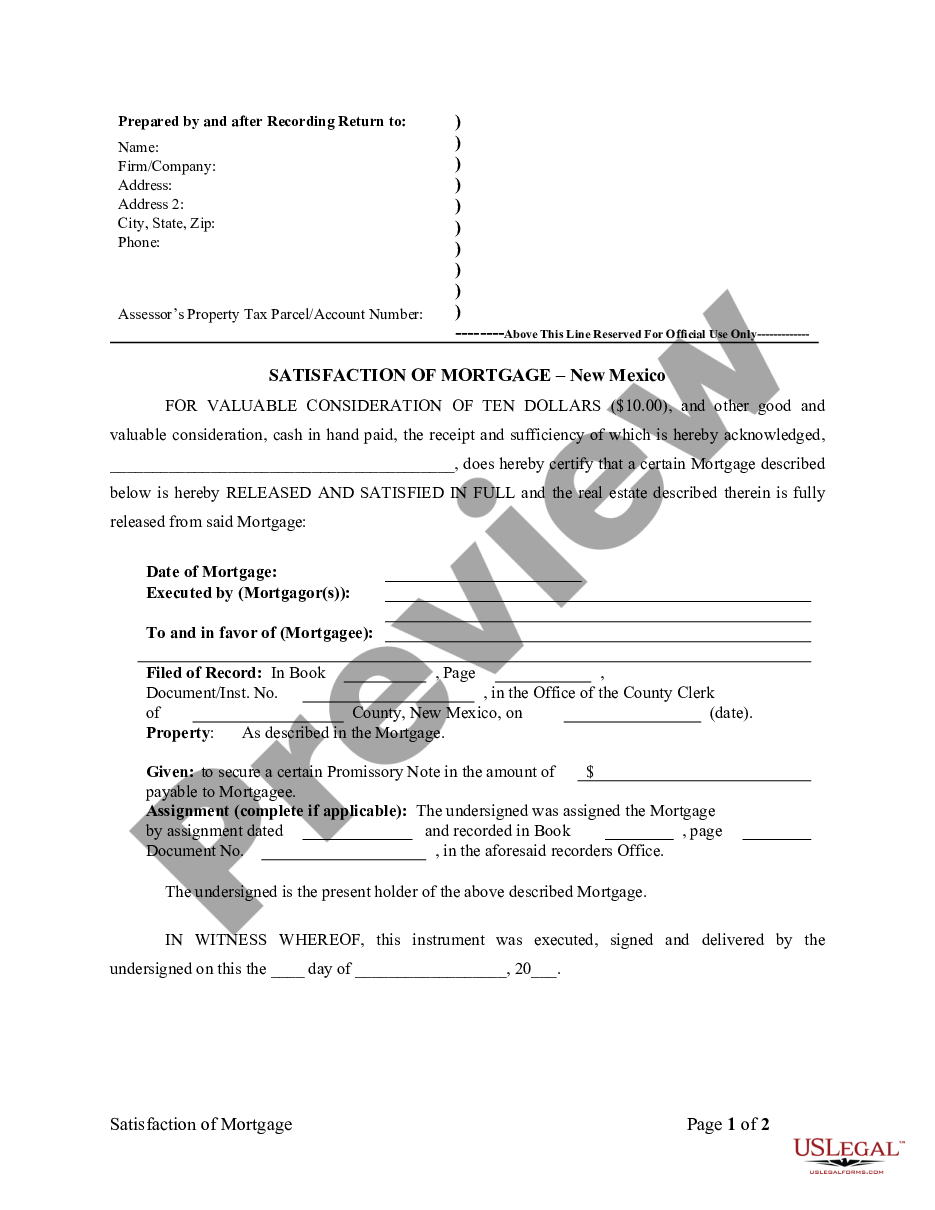 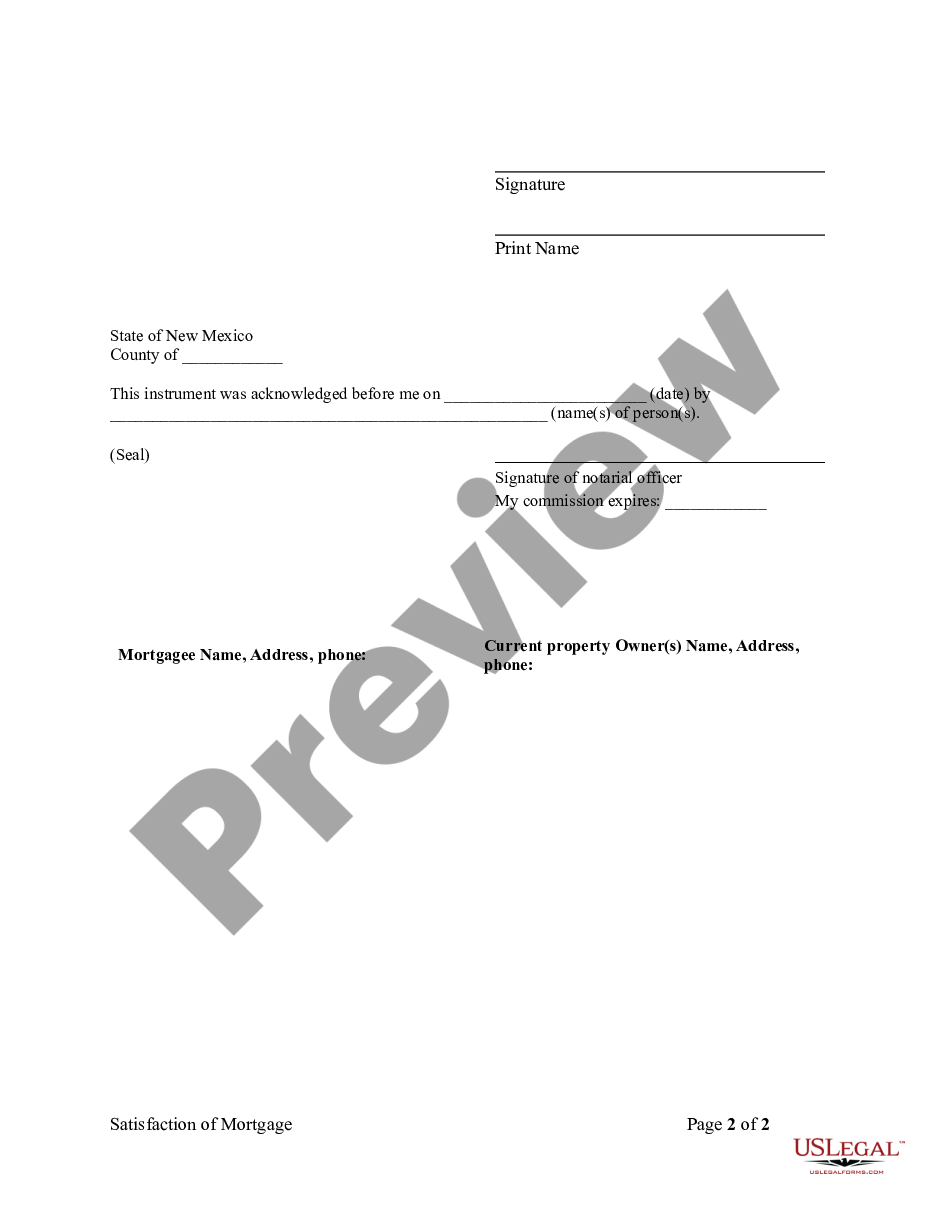 This form is for the satisfaction or release of a deed of trust for the state of New Mexico by an Individual. This form complies with all state statutory laws and requires signing in front of a notary public. The described real estate is therefore released from the mortgage.
Related Forms

Satisfaction - Release of Mortgage by Mortgagee - Individual Lender or Holder

Assignment: If an assignment of mortgage appears upon the proper record of such county clerk, then payment may be made to the last assignee whose assignment is so recorded, and such [full] payment shall be effectual to extinguish all claims against such mortgagor.

48-7-4. Release on record upon satisfaction of mortgage.