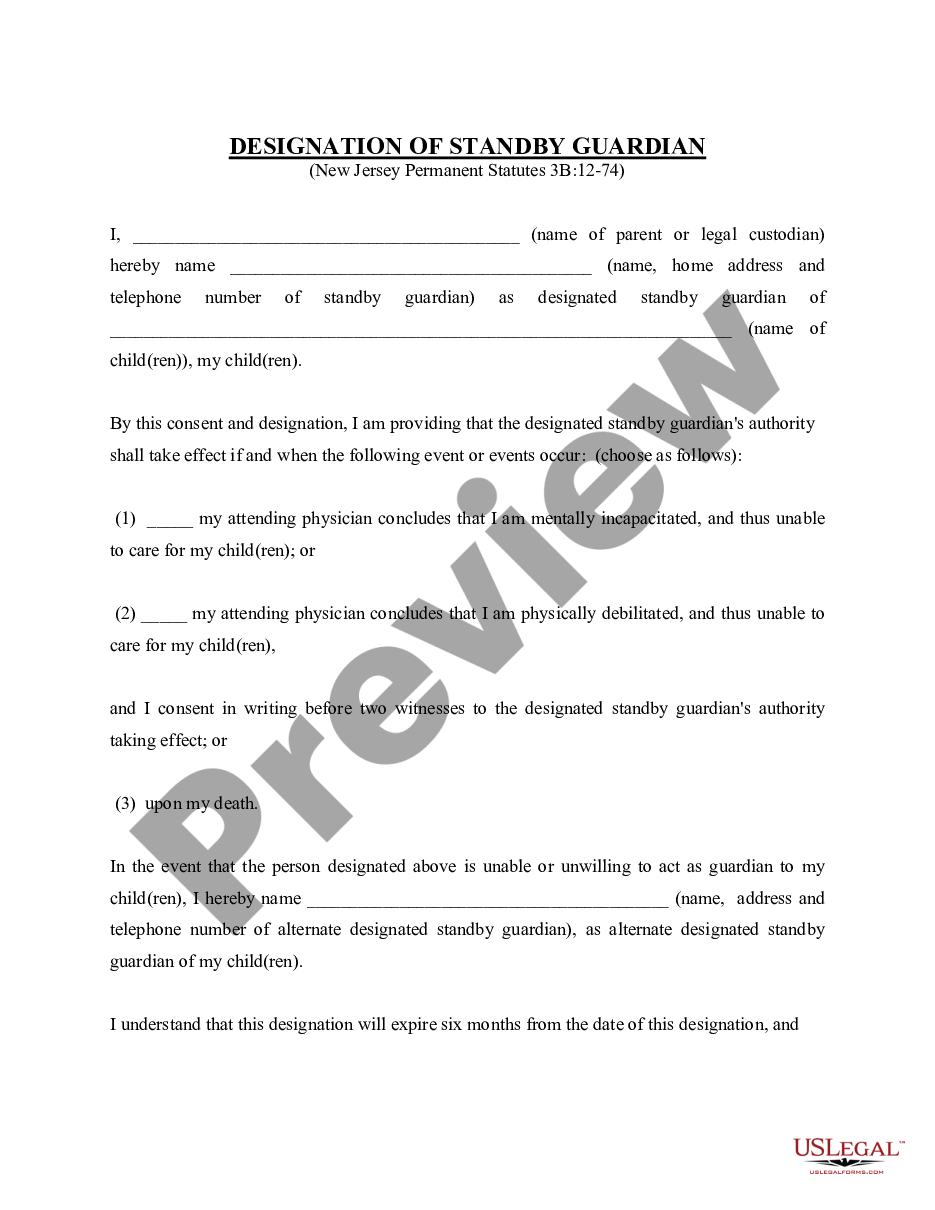 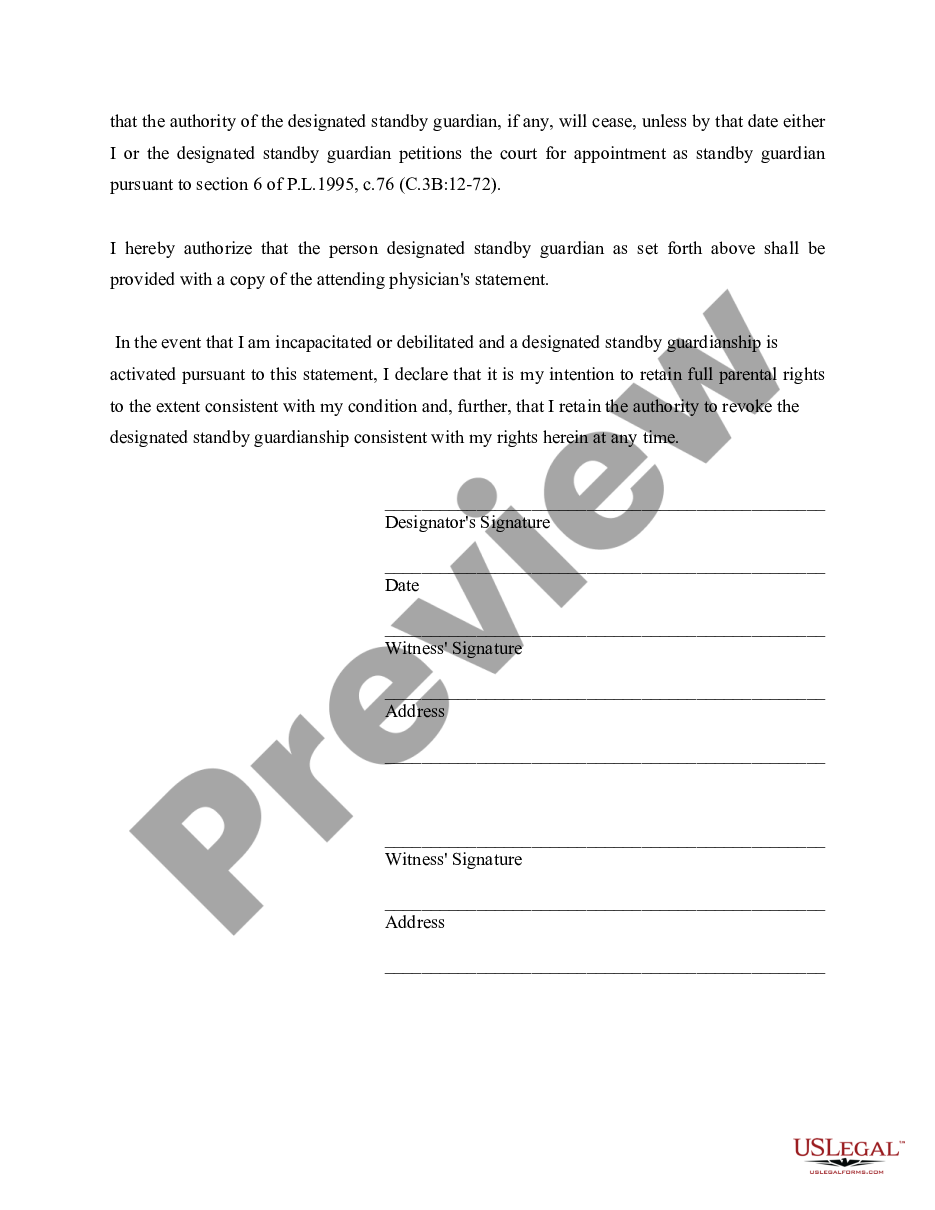 This Designation names an individual to care for minor children in the event that the custodial parent is incapable of caring for them due to physical or mental incapacitation.
Related Power of Attorney Forms

ALL REFERENCES ARE TO THE NEW JERSEY PERMANENT STATUTES

The designation must state a triggering event by which the parent or legal custodian intends the designated standby guardianship of the minor child to be activated.

The statutory form is not required.