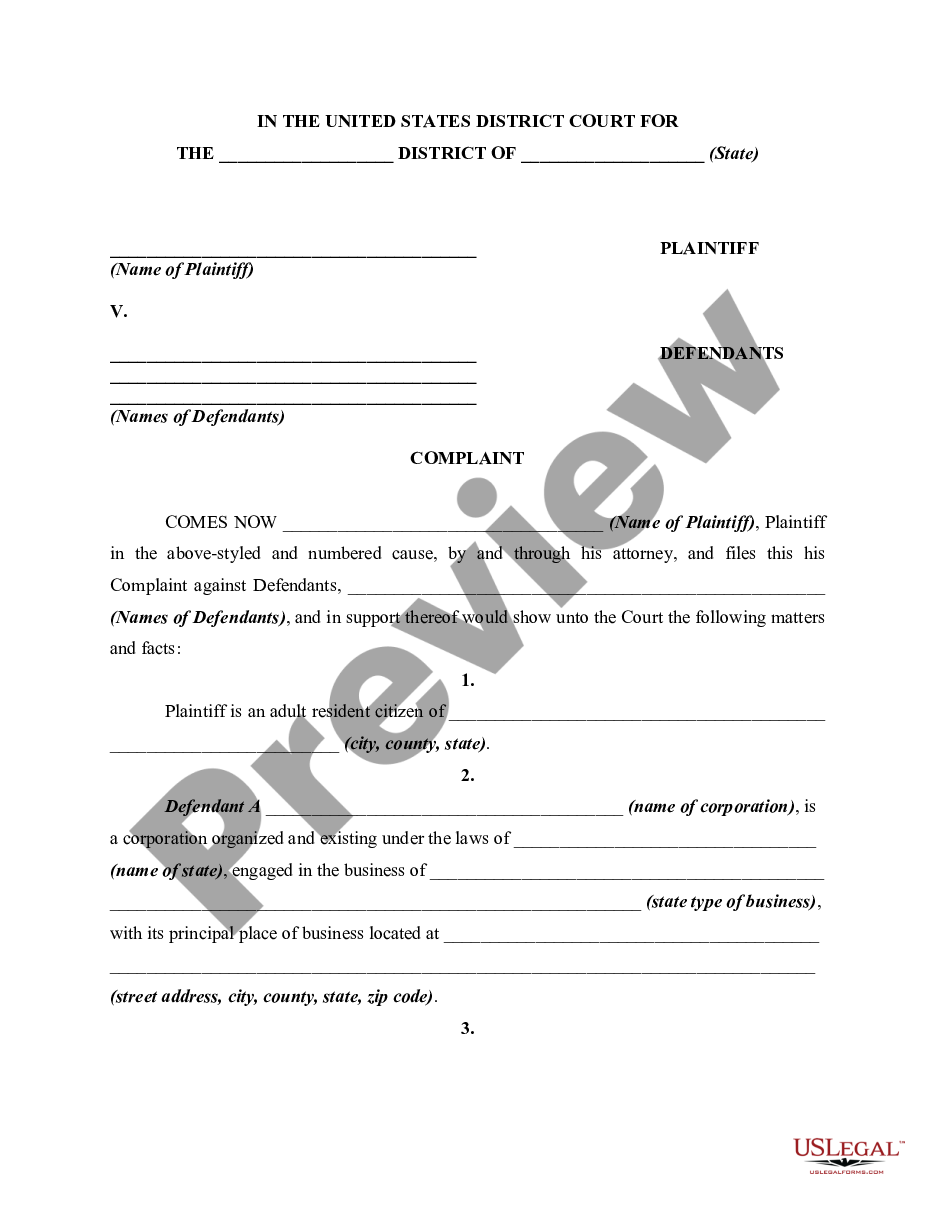 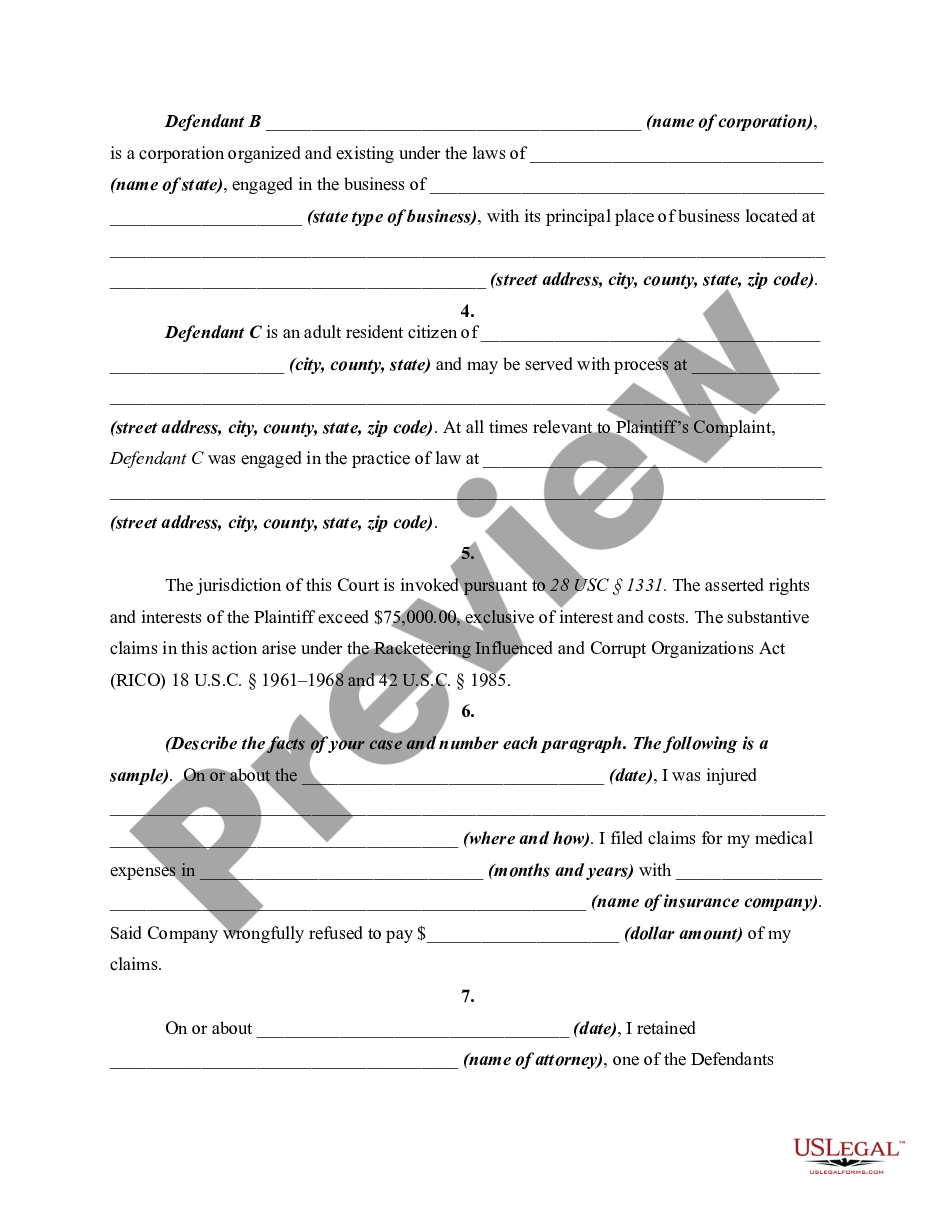 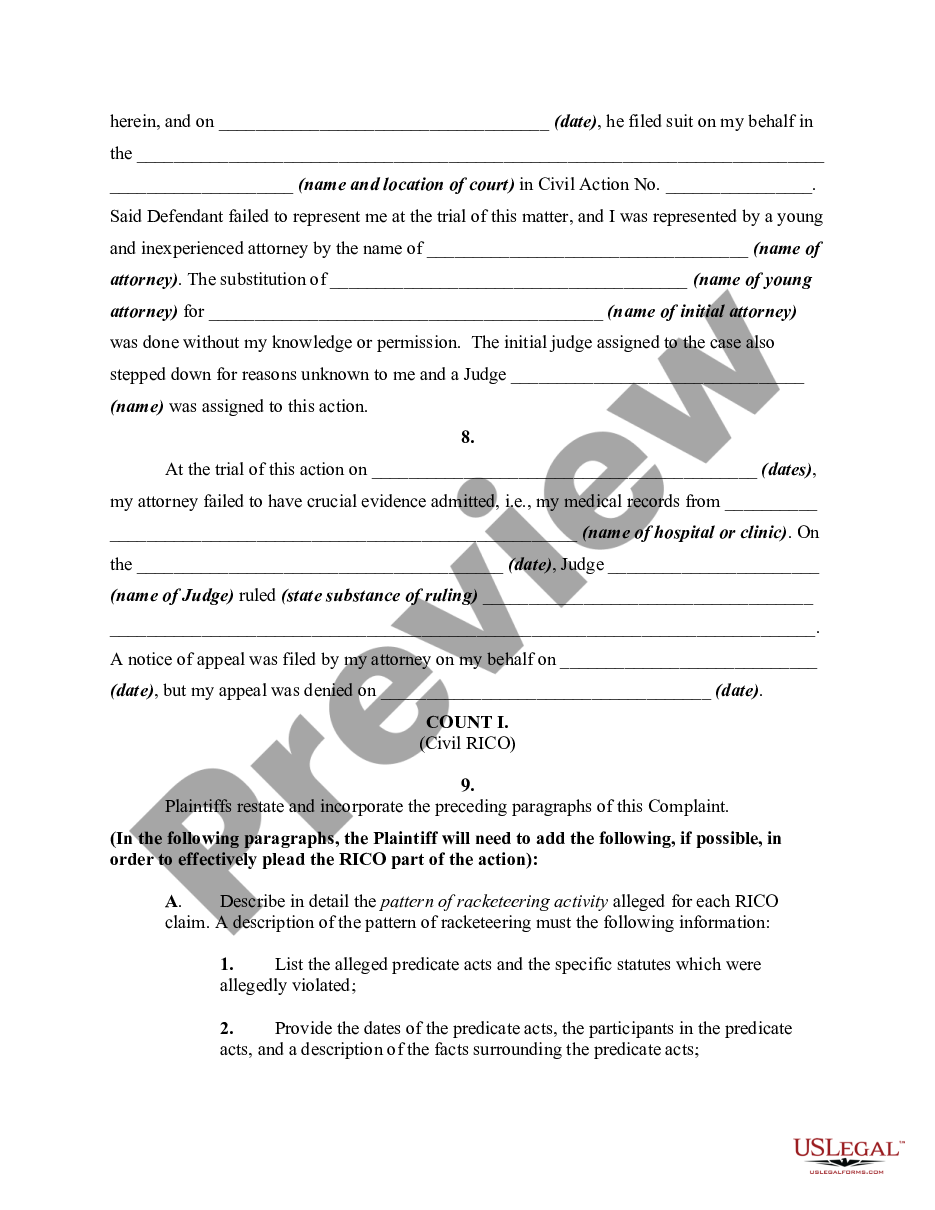 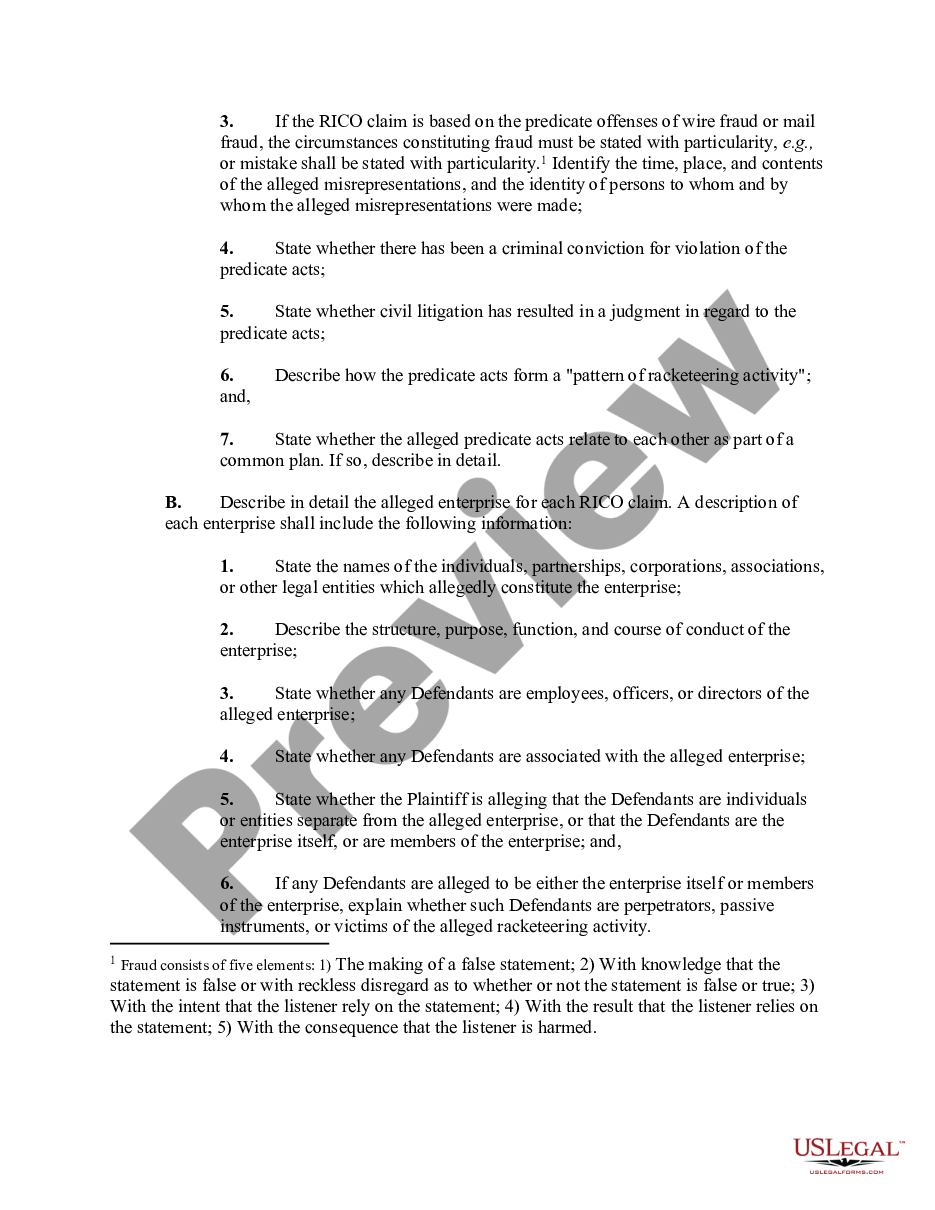 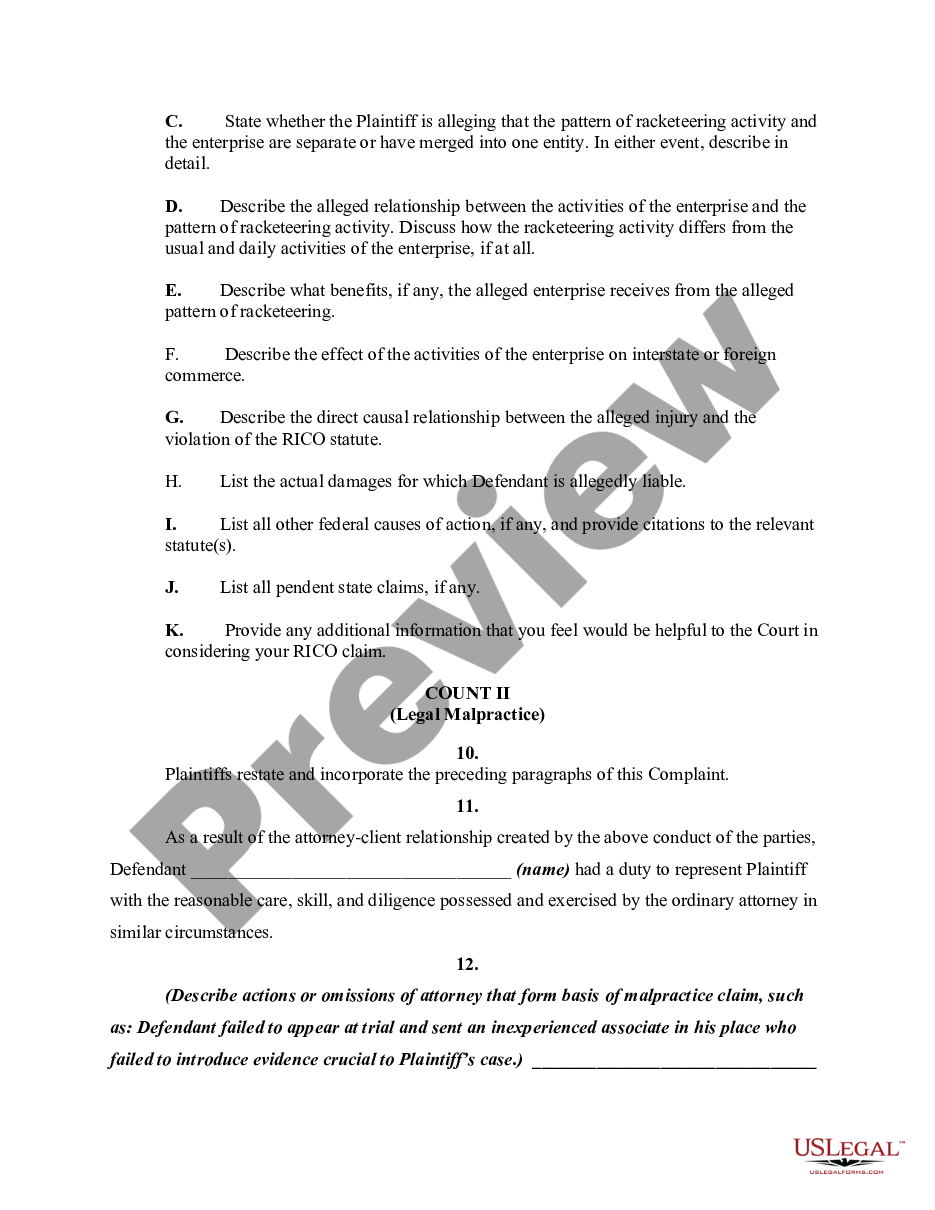 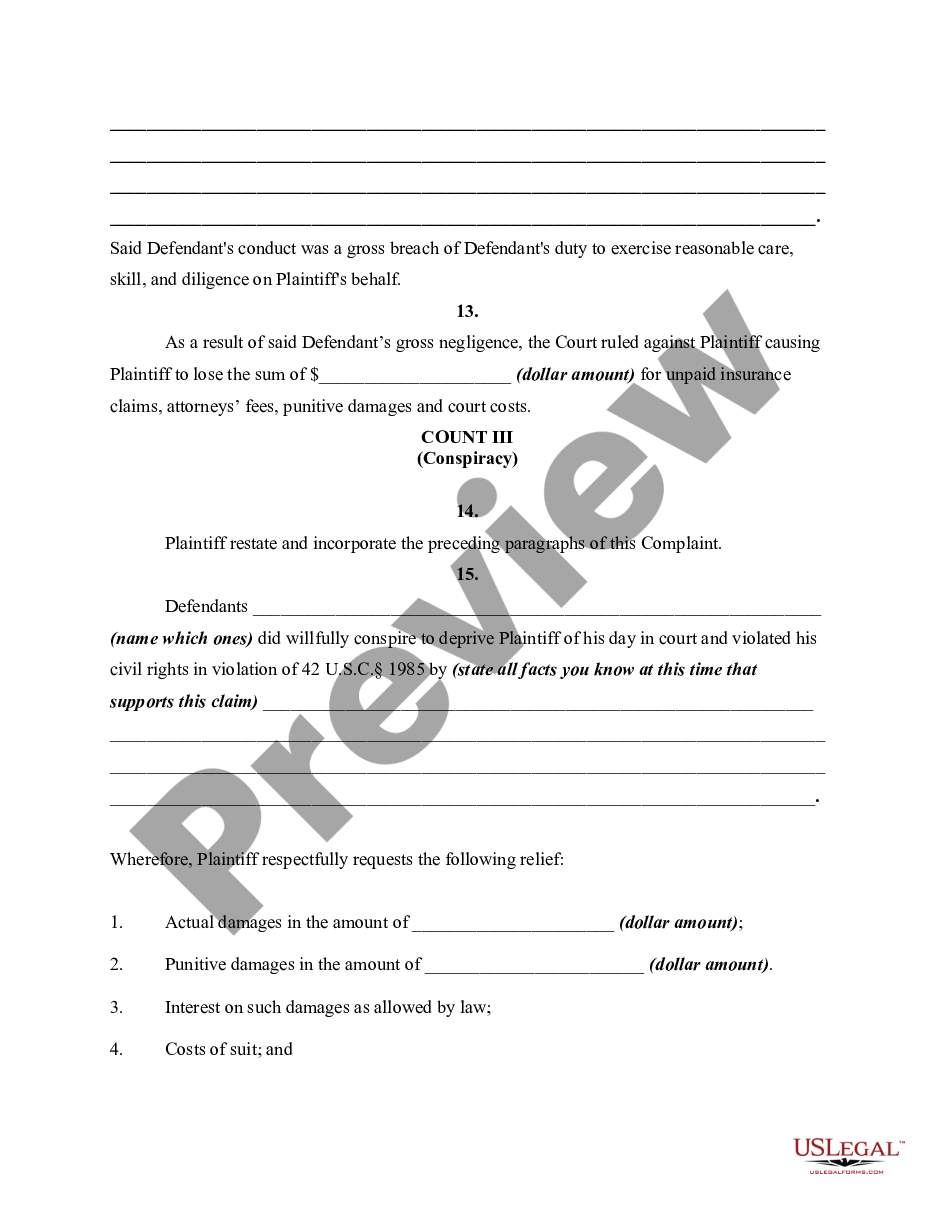 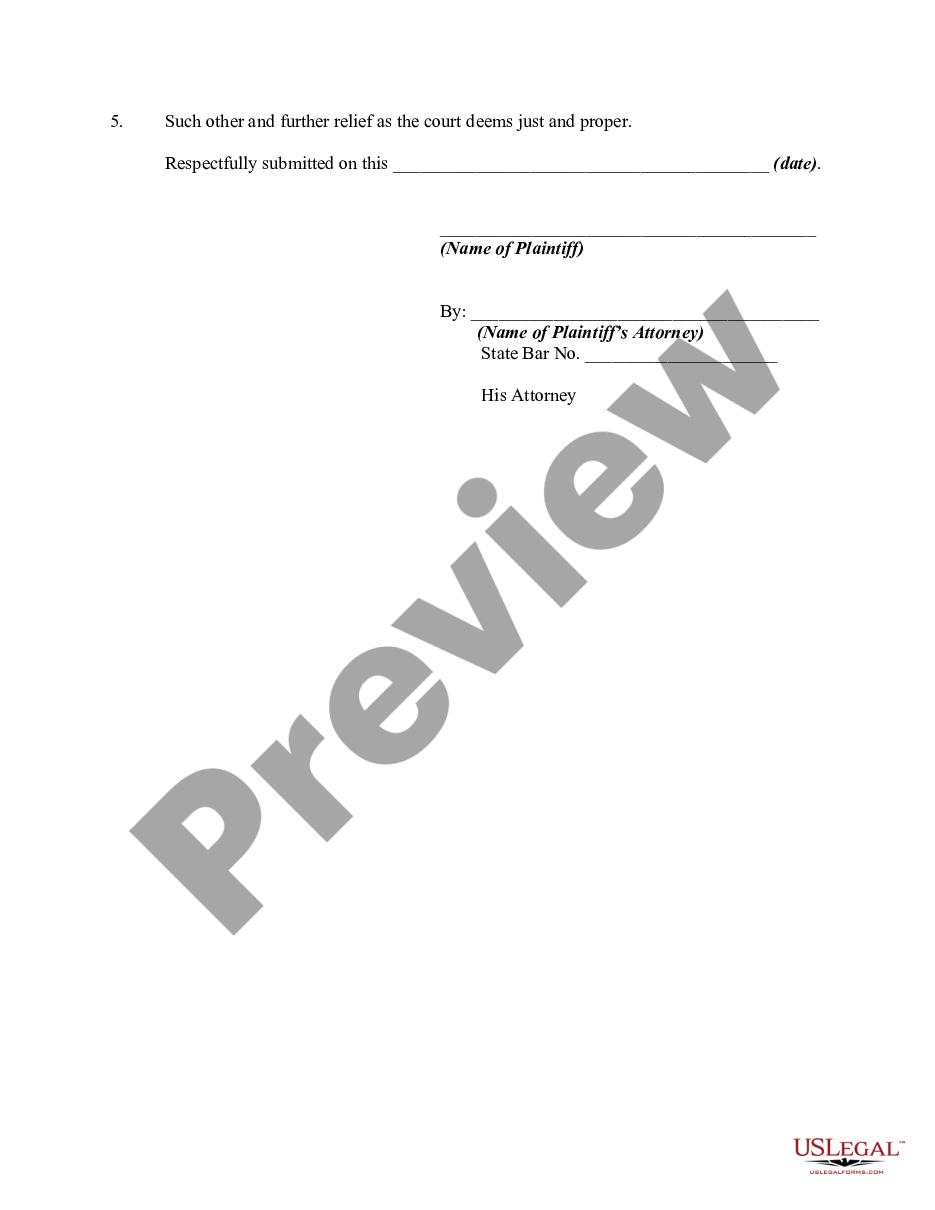 Under federal statutes, such as the Racketeer Influenced and Corruption Organizations Act (RICO) and the state versions of RICO, it is unlawful to obtain a business benefit by means of a threat of economic or physical loss to another or to use racketeering methods to acquire an interest in a legitimate business. A person injured as a result of a RICO violation can recover treble damages and reasonable attorneys' fees. In order to prove a RICO violation, the person must be able to show that he or she was injured by a person associated with an enterprise that has been engaging in a pattern of racketeering, which consists of at least two predicate acts during a ten-year period. The list of predicate acts includes such crimes as any act or threat involving murder, kidnapping, gambling, arson, robbery, bribery, extortion, dealing in obscene matter, or dealing in a controlled substance, mail fraud, relating to tampering with a witness or victim, and securities fraud.

Legal malpractice is the failure of an attorney to follow the accepted standards of practice of his or her profession, resulting in harm to the client. Usually, proof of failure to comply with accepted standards of legal practice requires the testimony of someone with expertise in law practice. Some states have special evidentiary rules applicable to malpractice claims.

A civil conspiracy is a combination of two or more persons who engage in a concerted action to accomplish some criminal or unlawful purpose, or to accomplish some purpose by unlawful means, to the injury of another. The essence of the crime of conspiracy is the agreement. The essence of civil conspiracy is damages, i.e., actionable damage committed in furtherance of a conspiracy or resulting from it. Title 42 U.S.C. § 1985 pertains to a conspiracy to interfere with civil rights, (1) to prevent an officer from performing a duty; (2) obstructing justice; intimidating party, witness, or juror; (3) or depriving persons of rights or privileges.

How To Fill Out Civil Rights Form?

Aren't you tired of choosing from countless samples every time you require to create a Complaint in Federal Court for Conspiracy to Interfere with the Civil Rights of Plaintiff, RICO, and Legal Malpractice? US Legal Forms eliminates the wasted time countless Americans spend surfing around the internet for appropriate tax and legal forms. Our expert group of attorneys is constantly modernizing the state-specific Samples collection, to ensure that it always offers the appropriate documents for your situation.

Visitors who don't have an active subscription need to complete easy steps before being able to get access to their Complaint in Federal Court for Conspiracy to Interfere with the Civil Rights of Plaintiff, RICO, and Legal Malpractice:

Once you’ve followed the step-by-step recommendations above, you'll always have the capacity to sign in and download whatever file you require for whatever state you want it in. With US Legal Forms, completing Complaint in Federal Court for Conspiracy to Interfere with the Civil Rights of Plaintiff, RICO, and Legal Malpractice samples or other official files is not difficult. Get started now, and don't forget to look at the examples with accredited attorneys!

All forms provided by US Legal Forms, the nations leading legal forms publisher. When you need Conspiracy Civil Rights, don't accept anything less than the USlegal™ brand. "The Forms Professionals Trust ™

How do I file a complaint against a lawsuit?

How do I file a civil lawsuit in federal court?

To begin a lawsuit in Federal Court, you must file a paper with the Court called a complaint. A complaint is a legal document that tells the judge and defendant(s) how and why you believe the defendants violated the law in a way that injured you and what you want the Court to do about it.

Can you file a civil suit in federal court?

If your case is based on a violation of state law and not federal law, you can only sue in federal court if you and your opponents are citizens of different states and the amount in controversy exceeds $75,000. For example, a lawsuit based on a car accident usually involves state law.

What are the three most common types of civil cases?

Contract Disputes. Contract disputes occur when one or more parties who signed a contract cannot or will not fulfill their obligations. Property Disputes. Torts. Class Action Cases. Complaints Against the City.

How do I file a federal civil complaint?

The complaint should include the following sections: Jurisdiction: Explain why the federal court has jurisdiction over your case. Venue: Explain why you are suing in this court. Parties: Identify the plaintiff and defendants in the case.

How much does it cost to file a federal lawsuit?

Complaint filing fee : $320. You pay this to the Court at the initiation of your lawsuit.

How do you prove a RICO case?

A more expansive view holds that in order to be found guilty of violating the RICO statute, the government must prove beyond a reasonable doubt: (1) that an enterprise existed; (2) that the enterprise affected interstate commerce; (3) that the defendant was associated with or employed by the enterprise; (4) that the

How do I file a federal lawsuit pro se?

TO FILE A COMPLAINT Refer to the court provided A Guide for Self-Representation. Complete and sign the Cover Sheet and attach it to the Complaint. Original and two (2) copies of the Pro Se Complaint Form are filed with the Clerk. Filing Fee or Application to Proceed without Prepayment of Fees is filed with the Clerk.

Under what circumstances would a civil case be heard in federal court?

For the most part, federal courts only hear: Cases in which the United States is a party; Cases involving violations of the U.S. Constitution or federal laws (under federal-question jurisdiction); Cases between citizens of different states if the amount in controversy exceeds $75,000 (under diversity jurisdiction); and.