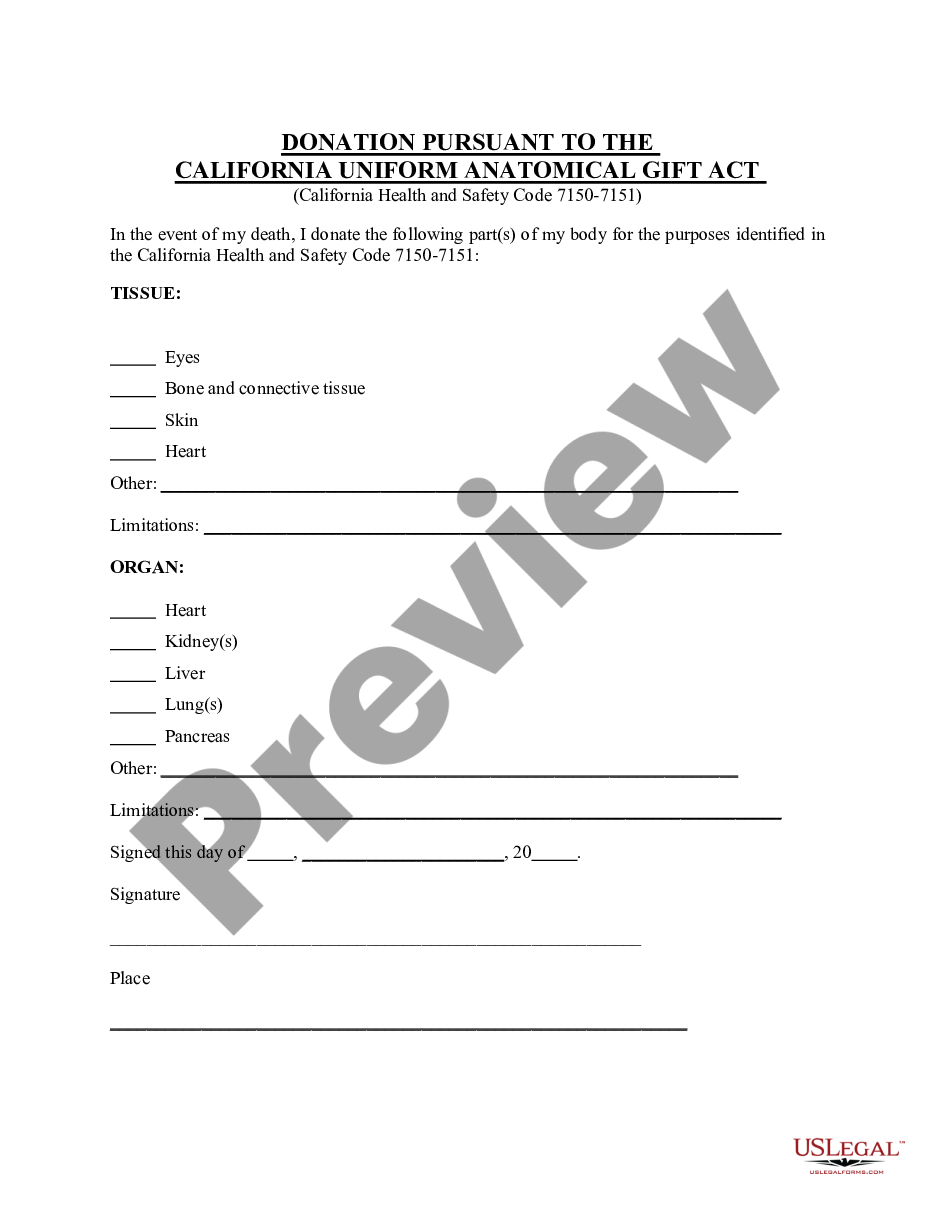 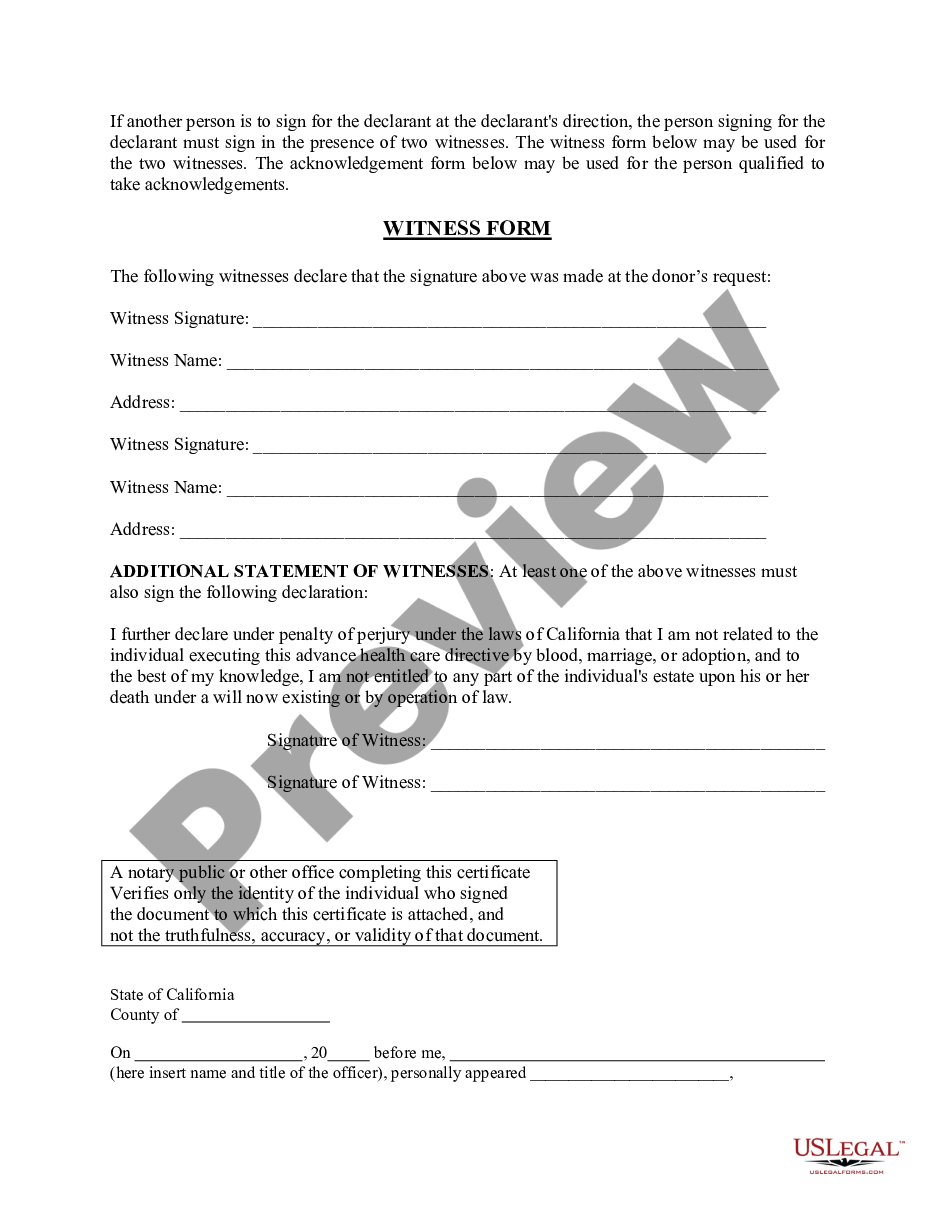 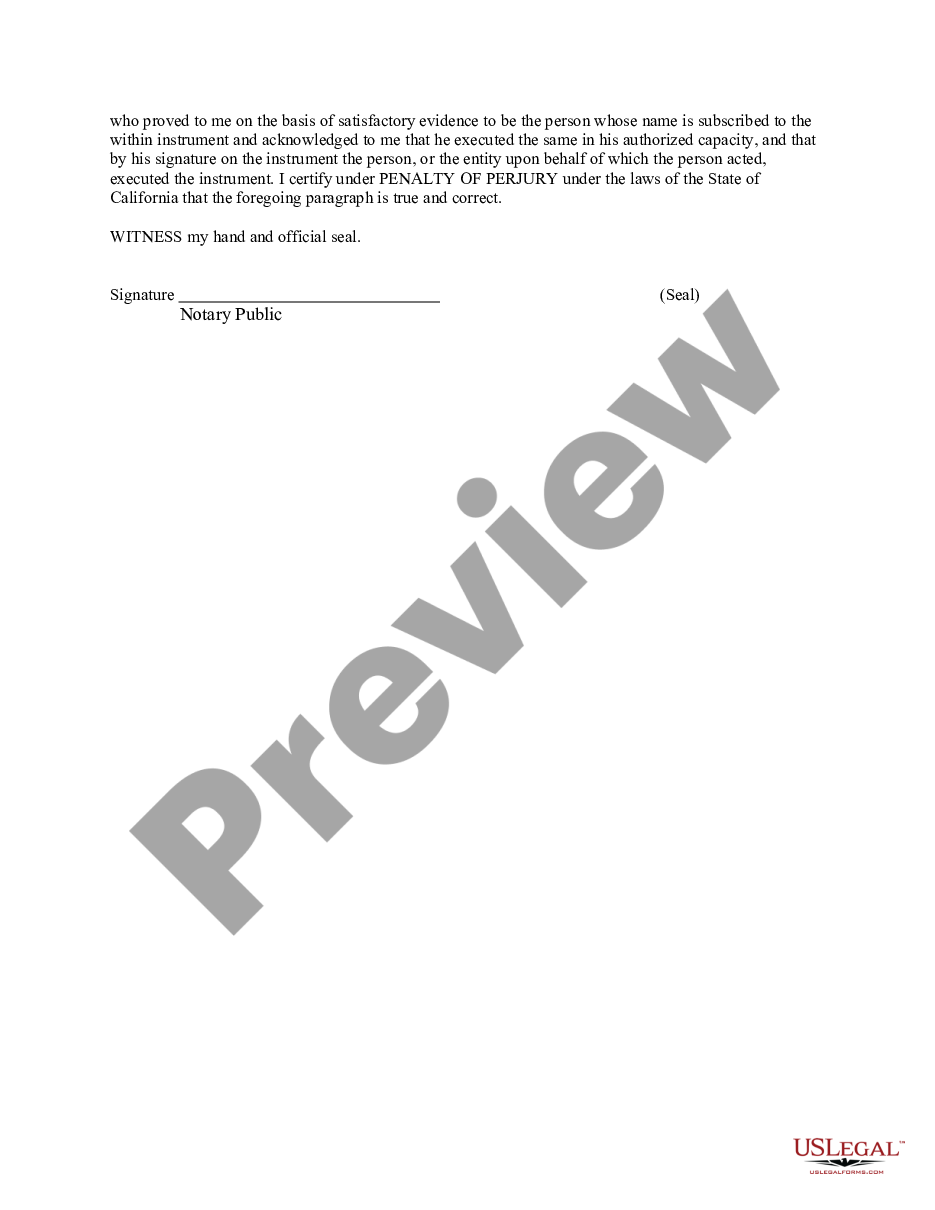 This Uniform Anatomical Gift Act Donation form pursuant to state statutes designates the specific body parts and organs an individual wishes to donate at the time of death. An individual who is at least 18 years of age may make an anatomical gift by a signed document of gift. This form must be witnessed and the signature notarized.

How To Fill Out Ca Anatomical Application?

If you're trying to find accurate California Uniform Anatomical Gift Act Donation templates, US Legal Forms is what exactly you need; find files created and inspected by state-certified legal representatives. Benefiting US Legal Forms not just keeps you from problems relating to rightful documentation; you also help save effort and time, and funds! Downloading, printing out, and filling in a proficient template is significantly more affordable than asking legal counsel to prepare it for you personally.

To start, complete your registration process by giving your e-mail and building a security password. Adhere to the steps below to make an account and get the California Uniform Anatomical Gift Act Donation exemplar to deal with your issues:

And while, that’s it. In just a few easy clicks you own an editable California Uniform Anatomical Gift Act Donation. Once you create your account, all future purchases will be processed even simpler. If you have a US Legal Forms subscription, just log in profile and then click the Download key you see on the for’s webpage. Then, when you need to use this blank once again, you'll always manage to find it in the My Forms menu. Don't spend your time and effort checking hundreds of forms on various platforms. Purchase professional documents from just one trusted platform!

All forms provided by US Legal Forms, the nations leading legal forms publisher. When you need California Uniform Gift Act, don't accept anything less than the USlegal™ brand. "The Forms Professionals Trust ™

How many states have adopted the Uniform Anatomical Gift Act?

That was a major first step. The Uniform Anatomical Gift Act was subsequently adopted by all 50 states and the District of Columbia.

What is the purpose of the Uniform Anatomical Gift Act?

The Uniform Anatomical Gift Act (UAGA) has been revised in 2006 to permit the use of life support systems at or near death for the purpose of maximizing procurement opportunities of organs medically suitable for transplantation.

A "document of gift" is a card, a statement attached to or imprinted on a motor vehicle operator's or chauffeur's license, a will, or other writing used to make an anatomical gift.

An anatomical gift may be made only by one of the following:

If a document of gift is attached to or imprinted on a donor's motor vehicle operator's or chauffeur's license, it is not invalidated by the revocation, suspension, expiration, or cancellation of the license.

A donor may amend or revoke an anatomical gift, not made by will, only by one or more of the following:

The donor of an anatomical gift made by will may amend or revoke the gift in the manner provided for amendment or revocation of wills or as set out above.

Delivery of a document of gift during the donor's lifetime is not required for the validity of an anatomical gift.